A passion that is boiling in the territory

From the Mendrisio region to the valleys of Upper Ticino, not to mention Muggio Valley, Onsernone Valley and the Malcantone region, the Ticinese love to drink beer... and to make it. There are some th...

Craft beer is trendy and sometimes a fad, but in Ticino “blonde”, amber, red or dark beer has been produced for almost two centuries. In 1828, Felice Lombardi of Airolo asked for the first permission to brew beer and then, in the following years, breweries sprang up all over Ticino, especially in the Mendrisio region. In the second half of the 20th century, major national and international groups took over, but since the '90s the passion that was stirring in the territory has made a comeback and now the breweries - and microbreweries - have begun to grow again. 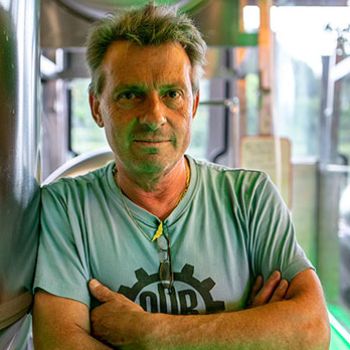 Innovation is important, but don't exaggerate: when I made my first IPA in 2001 they looked at me in the wrong direction.

We are in Malcantone region. Eric Notari opened the Officina della Birra brewery, in Bioggio, in the '90s, re-launching local beer production.

That's true. In 1999, I opened up here in Bioggio. At first, the brewery produced the beer that I used to sell here in my restaurant. People looked at me as though I was a bit crazy. They didn't understand. We were a bit ahead of the times for Ticino. But then many others followed us. Today, we produce around 200,000 litres.

At first, beer was a hobby and you had another job, didn't you?

Exactly. I worked in the field of electricity and air-conditioning systems, but I wanted to do something with beer, which I really enjoyed and that always intrigued me. I remember the amber Birra Lugano that my grandfather used to drink. I've always taken an interest in the world of beer through meetings and books, but there was no Internet then, and it was difficult! I also took a tour of the historic small breweries of Switzerland and, about '94, in Munich, I lost my head and decided to take a chance.

In Bioggio there are 7 permanent bottle labels, and we brew seasonal beers, like those for Christmas, with bergamot, or chestnut, and also sour beers ‒ fermented in barriques ‒ that we produce in small batches.

The novelties are important, but we mustn't exaggerate and distort the taste of drinkers. When I made my first IPA in 2001, people looked at me strangely.

The beers of Bioggio have special names: some describe the beer itself, while others recall an important moment or something that has left its mark.

“99” is easy: it was the first beer was made. “Valona” has that name because it's made with farina bona from Onsernone Valley and is the name that the locals call their valley. “Lisbeth” is dedicated to the heroine of Stieg Larsson's books, who impressed Eric a lot. “Kremlin” is an imperial Russian stout. So, its name had to suggest the idea of Russia. “Mithra” refers to the goddess of friendship, because it was created by Eric’son with a friend of his who was working in Berlin.

I was a little crazy: people didn't understand, we were a little ahead of schedule for Ticino.

Indian Pale Ale: is a beer rich in hops invented when the British had to reach their colonies in India. Hops were added to prevent the drink from deteriorating.
Officina della Birra and San Martino are the largest brewers in Ticino. Their beers can be found in specialist shops and supermarkets, but they can also be bought directly from the brewery.
In the cellars of the ancient brewery of Bellinzona, the Officina della Birra refines in oak barrels some of its recipes such as Mericana, Castrum Magnum and Bolshoi Kremlin.

In Bioggio they also produce personalized beers, such as the one for Il Fermento in Mendrisio. It's called “Lola” in honor of the owner of the historic place where now there is the new bar.

From names to symbols: the Officina della Birra logo represent a gearwheel. It recalls the production of beer ... and British motorcycles of the 60s, another of Eric’s passions.

“Lisbeth beer is dedicated to the protagonist of the books of Stieg Larsson: I was very impressed.” 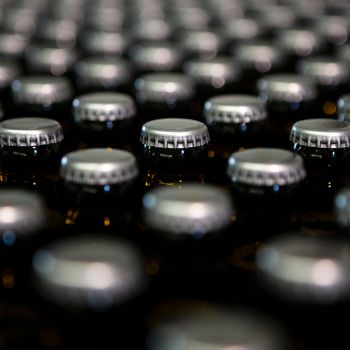