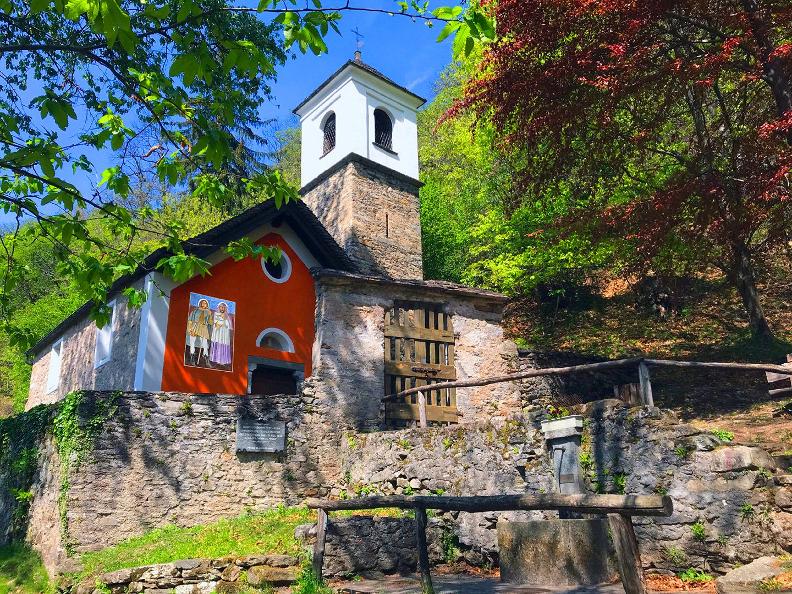 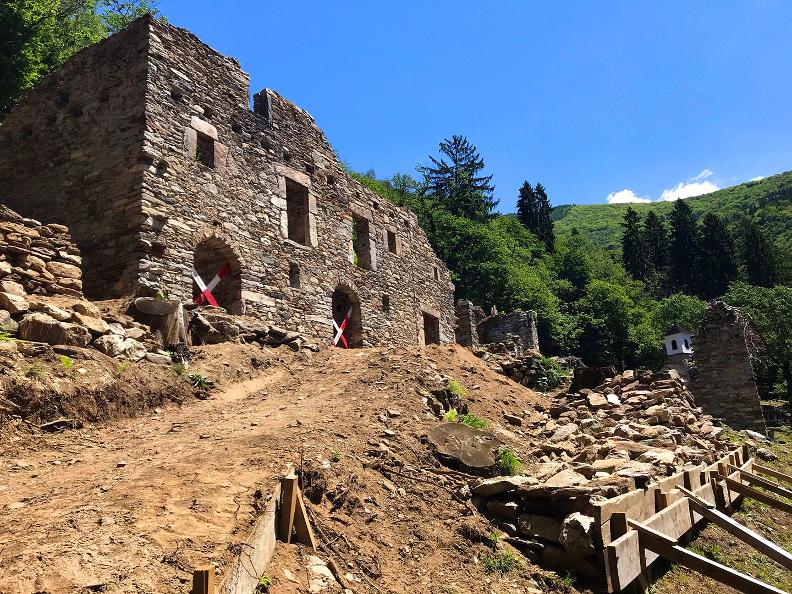 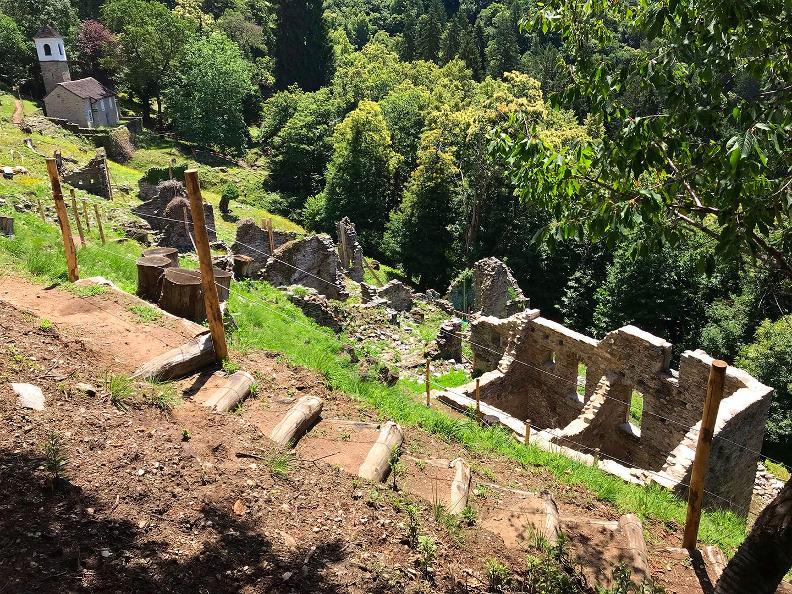 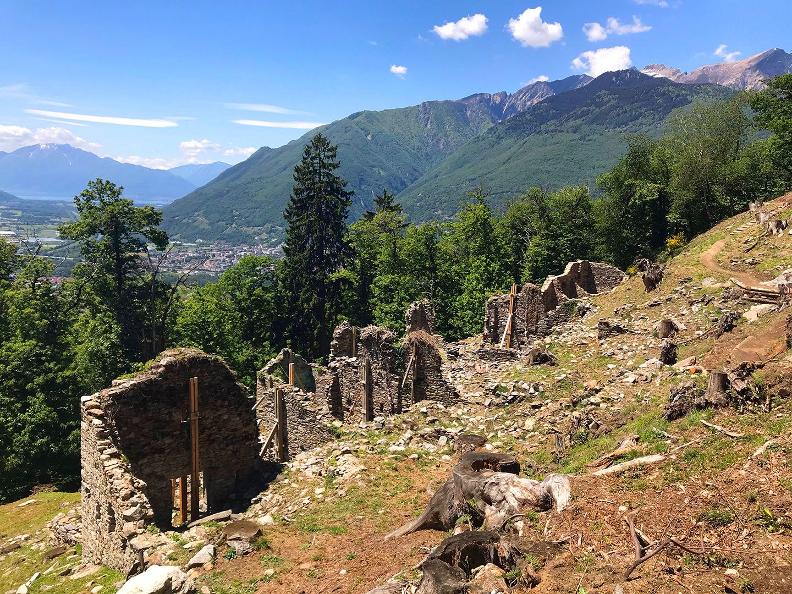 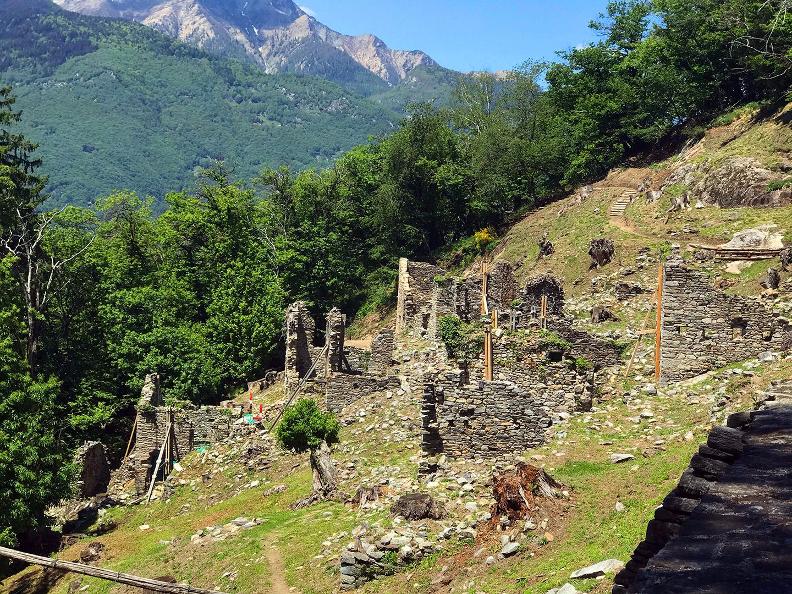 A village worth preserving

Prada was a village situated on the mountainside (577 meters above sea level) and constituted, together with Ravecchia, a municipality (comune) belonging to Bellinzona county (contado di Bellinzona). Inhabited since at least the late Middle Ages (the first documental reference dates 1381), it still counted 40 families (around 160-200 people) by 1583. By then, the village inhabitants had the same rights and privileges of those who lived in the borough, among which that of participating at the meetings of Bellinzona Council. People started leaving Prada in the first half of the seventeenth century, although the causes are still unclear; hypotheses include harsh weather conditions, such as floods, draughts, long cold periods, and paucity of soil output. Furthermore, the plague, which ravaged the region between 1629 and 1630, probably influenced the already difficult situation. Today, remains allow for the identification of around thirty buildings, with some still having a good portion of the walls preserved.

The Prada Foundation is committed to preserve, promote, and foster these precious remains of building archaeology in order to emphasise the importance and increase the awareness of this settlement, which has a unique place in the pre-alpine Ticinese context. The first step, made in 2017, was the radical clearance of woodland, which allowed for a close-up inspection of the existing structures and a detailed inquiry of their status with the aim of planning future restoration and promotion works. In the meeting conducted on 25-26 February 2019, the Town Council of Bellinzona adopted the modification of the Town Plan concerning the establishment of Prada’s protection under cultural heritage status as a medieval settlement bearing cantonal relevance.

In 2021, the pilot phase ended with the explorative reconstruction of the first structures, so that it will be possible to better organise the main interventions.

Thanks to financial aids from the Confederation, the Canton, and the Municipality, with the addition of private donations, we started phase 1. This, under the supervision of the Cultural Heritage Office (Ufficio dei beni culturali), consists of an archaeological survey and the clearing of all structures from the centuries-long sediment along with securing the entire site. Furthermore, some buildings will be roofed.