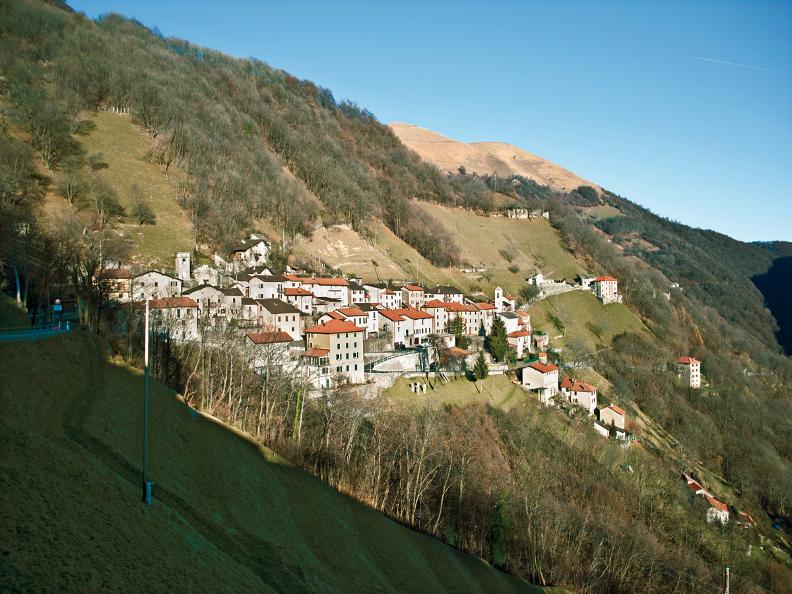 A hamlet in the former municipality of Muggio, standing 904 metres above sea level, Scudellate is a notable example of a linear settlement, perched on a sheer slope with terraced fields below and meadows above. The history of its people has been shaped not only by farming and emigration but also by its proximity to the Italo-Swiss border, which has led to intensive smuggling and contraband. Thanks to its proximity to the border, Scudellate has developed a special relationship with the village of Erbonne, a district of San Fedele Intelvi in the province of Como but inhabited mainly by Ticinese families. Scudellate and Erbonne share not only a footpath and cycle path, but also a great deal of their history.

In the past (until 1954) there was no road between Erbonne and San Fedele that was suitable for vehicles. As a result, the members of the Italian community looked to their neighbours in Scudellate for many aspects of their daily life such as education, medical assistance and healthcare, and even religious functions such as funerals. A particular feature of the Erbonne cemetery is the gravestones, which only bear two surnames: those of the Cereghetti (or Clericetti, clearly of Swiss origin) and Puricelli families.

Scudellate and Erbonne were at the heart of many territorial disputes between the Confederation on the one hand, and on the other, first the Duchy of Milan and then the Kingdom of Italy on the other. In 1552 Ferdinando Gonzaga, the Governor of Milan who ruled on behalf of Emperor Charles V, signed a treaty with the Swiss, and Erbonne became a free zone. The border between the two hamlets was only officially drawn at the Arbitration in 1604, and was consolidated by the Varese Treaty of 1752.