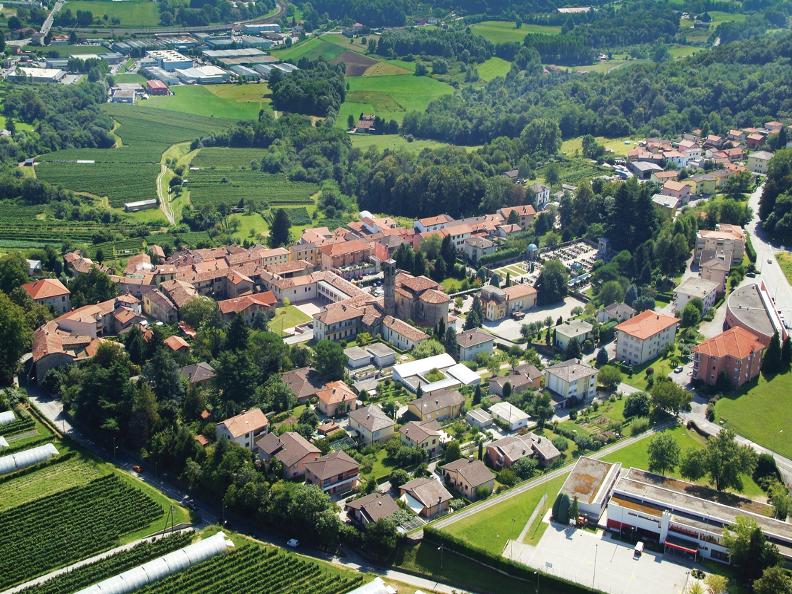 The village of Novazzano was first mentioned in an official document of the Diocese of Como dated 875 (“Nepotiano”), but it did not become a “comune” (municipality) until 1335. It almost certainly existed in Roman times, as evidenced, for instance, by an altar found in the area known as Castel di Sotto, which today is kept in the town hall. Two distinct fortifications were built in the 6th century with the arrival of the Lombards: the “apud Castrum pontem” (in the area today known as Castellaccio) and the “Castrum suptus Castellum” (in Castel di Sotto), both an integral part of a line of fortifications that also included the castle of Pontegana in Balerna.

From the Middle Ages onwards, the village was part of the territories belonging to the free state of Seprio and was overseen by the “De Novezano” family, small landowners with an estate of about seven hundred hectares (two hundred more than the current municipality). In 1512, Novazzano became a confederate bailiwick and later, in 1562, it separated from the Parish of Balerna and became an independent parish.

In the 19th century, a small but thriving brick industry developed in the Boscherina area of Novazzano using clay from pits in the Motta Valley, which date back to the Pliocene era. More recently, from the Second World War onwards, the physiognomy of the city slowly but gradually changed: Novazzano went from being a predominantly agricultural town, to being slightly industrialised through the appearance of a few factories, and finally it became a predominantly residential community. The Pobbia masseria [farmstead] is undoubtedly the best example of Novazzano’s agricultural past: a shining example of the architecture that was called “rural capitalism”. At the beginning of this century it was transformed into the “Ticino Quarter” and incorporated into the Ballenberg open-air museum, where it is the museum’s largest display in terms of area.

Park of the Motta Valley

Park of the Motta Valley