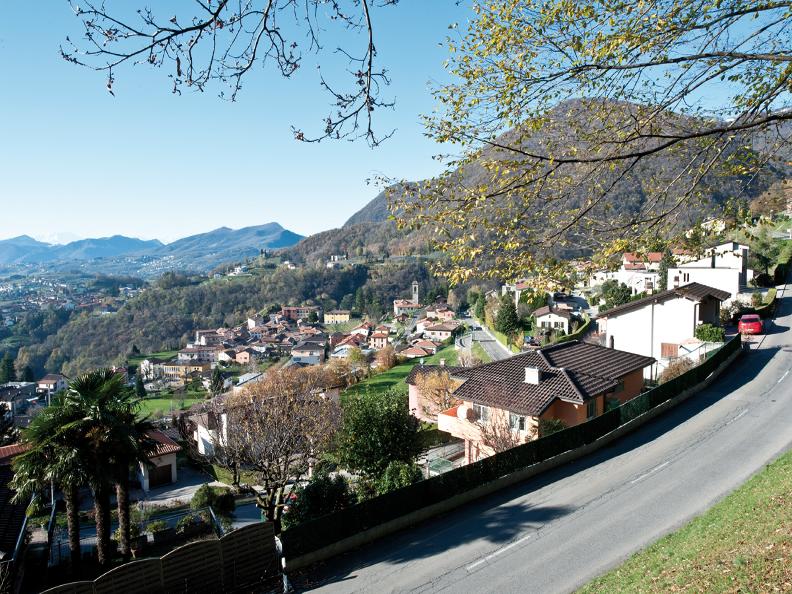 Morbio Superiore is situated on the left bank of the mouth of the Muggio Valley. The first mention of Morbio de Supra dates back to 1116, but its origins are far older. It is home to the church and oratory of St Martin, an early 6th-century building that stands on the site of a former barbarian outpost. Inside the church there is a commemorative marble stone citing the Visigothic prince Eutharic, who became the son-in-law of the Ostrogoth Theoderic the Great after marrying his daughter Amalasuintha. The stone is the only evidence from the Ostrogothic period to have been found in Ticino.

In medieval times the authorities of the Cathedral, the church of St. Victor in Balerna and the Benedictine monastery of St Abbondius in Como owned land in the municipality. In 1591 it was joined with Sagno to form a sub-parish. Morbio Superiore was an annex of the mother church in Balerna until 1802, when the church of St John the Evangelist, dating from 1227 and rebuilt in the 18th century, acquired the status of parish church. For centuries, the village’s economy was based on self-sufficiency, viticulture and the secondary crops of tobacco and mulberries. In recent decades Morbio Superiore has developed its vocation for tourism, and the hamlet of Lattecaldo is also home to the cantonal forest nursery.

Morbio Superiore was incorporated into the new Municipality of Breggia in 2009. Its coat of arms features two bridges, and in this area there are many connections between the two sides of the Breggia, including the Farügin Bridge. Restored in 2000, this bridge crosses the Buzùn dal Diavul, which in the 16th century was the only existing road and is mentioned in the national registry of historic trade links. Another bridge is the Punt da Canaa. But the best known is certainly the Punt da Fèr or Punt da Castell, linking Morbio Superiore and the Castrum Ruschonum. This iron bridge, built in 1912, is the only one of its kind in Switzerland, consisting of a metal structure, 111 m long, which rises up 79 m above the river below. As the bridge cannot cope with modern traffic, it was unfortunately demolished in 1997 and has been replaced by a cement construction.