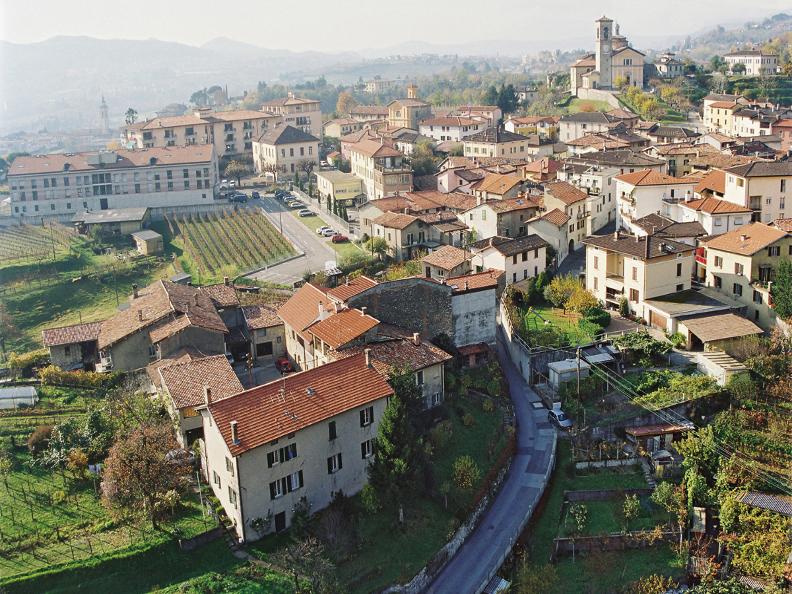 The first human settlement at Morbio Inferio-re (Lower Morbio) dates back to antiquity. In fact, the village was already populated in Roman times, as shown by the discovery of three tombs in 1851 and the foundations of a Roman villa in the 1920 excavations. Continual human presence is also proved by the studies carried out on the ancient parish church of San Giorgio. Built during the Longobardo dominion (7th – 8th centuries), the building has housed as many as seven different churches in succession, in as many different eras, as indicated by the inscription on the architrave of the side entrance, which bears the dates 1309, 1550, 1670, 1750 and 1978.

During the Middle Ages and up to the 18th century, Morbio Inferiore was dependent on Pieve di Balerna. In 1776 the Sanctuary of Santa Maria dei Miracoli, building of which began in 1595 on the ruins of an old castle, and which was consecrated in 1613, was raised to the status of a parish church, and the vice-parish of Morbio separated from the mother parish of Balerna. The castle, which is also present on the coat of arms of the Commune, with a white tower and a red tower, has been of primary importance for the development of the village. Documented since 1198, but certainly older than that, the fortress was fought over by the Confederates and the Duke of Milan. It passed through the hands of various owners, and in 1517 it was dismantled by the Swiss who left only a small chapel standing amongst the ruins.

Morbio Inferiore was a Commune with an agricultural basis (maize, mulberries, tobacco and grapevines were the most common crops), and also had some mills along the Breggia river. During the 20th century it underwent a profound transformation because of industrial development (creation of some industries such as the pasta factory, brewery and cement works), which in the last few decades led it to adopt the profile of a residential Commune. In 1977 Mario Botta designed the Middle School, which is defined as: “significant for the development of school buildings in Ticino”. Two years later Pierino Selmoni added a sculpture of his in the school grounds: the granite “Semi-submerged man” peeps out onto the meadow in front of it.