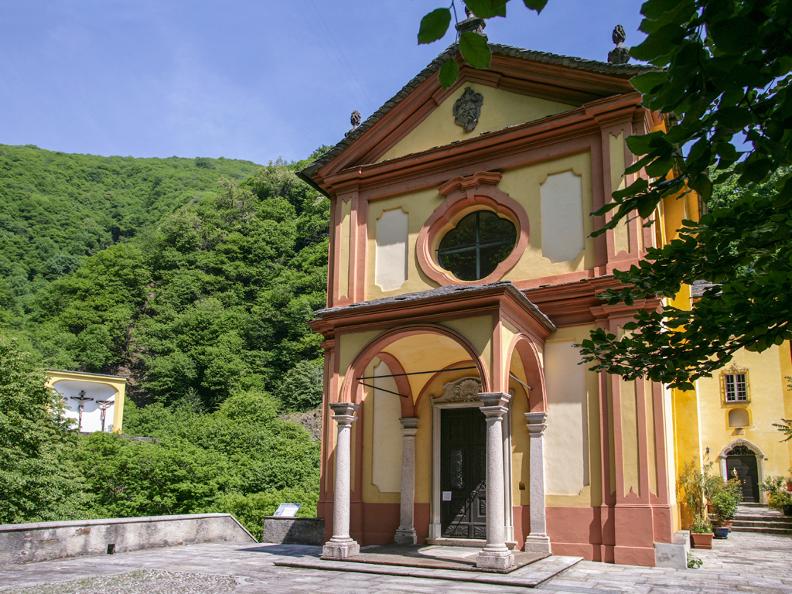 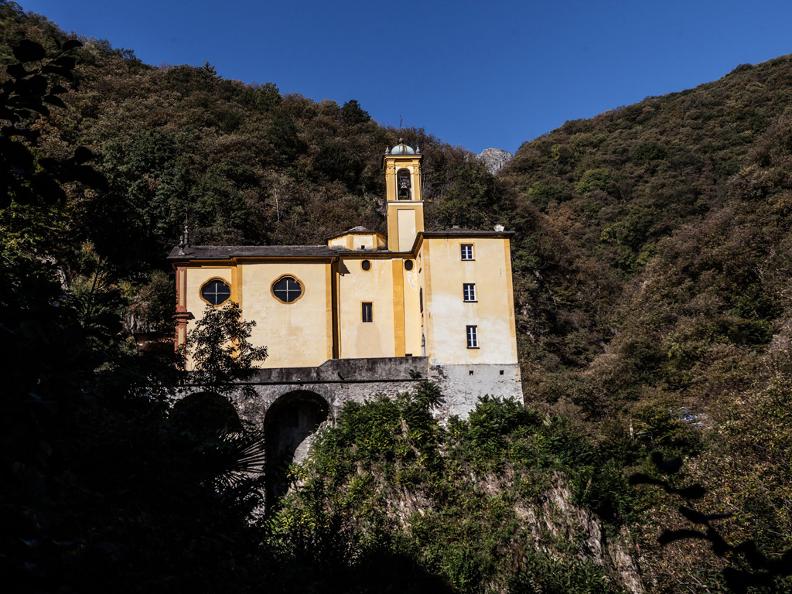 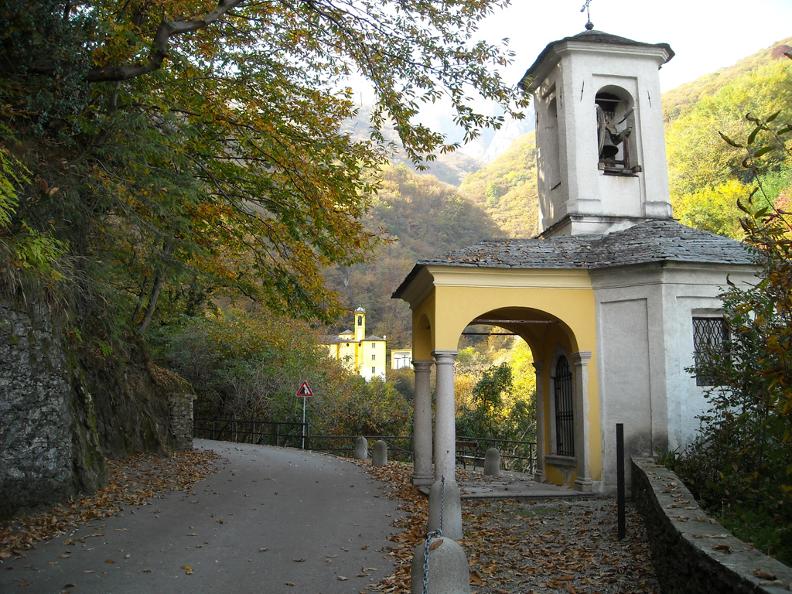 The Sacro Monte (Sacred Mountain) complex is formed by the S. Maria Addolorata sanctuary and by the Stations of the Cross leading up to it. The complex was commissioned by Antonio Francesco Branca, who enlarged an already existing place of worship between 1767 and 1773. Branca also owned the building by the same name in the center of town, now called Palazzo Branca-Baccalà. Despite having lost some of its original wild and dramatic character, the Sacro Monte is still a very evocative place, surrounded by woods.

The climb up starts from Via Gerusalemme, across from the town hall, and leads to the baroque Cappella dell'Annunciata (Chapel of the Announced). The sanctuary can be reached by following the Stations of the Cross, which feature works by Fra' Roberto Pasotti from 1999-2000, or by following the the "sentiero del mulino" (Path of the Mill) in the valley basin. The two paths come together around the Ninth Station or Cappella dei giudei (Chapel of the Jews).

The baroque building comprises both the sanctuary (Chiesa dell'Addolorata) and the former residence of the rector. Inside the church the taste is predominantly from the late 18th century, with richly decorated elements such as capitals, window outlines, painting frames, and stuccoed vaults, giving a sense of unity to the space. The rococo stuccoes are by Visetti di Valsolda. The frescoes of Saints Peter and Paul on the pillars of the triumphal arch are by Giuseppe Antonio Felice Orelli, to whom are also attributed the ones in the rib vaults featuring Saint Joseph and other saints.

The main altar was built in 1773 and is made of polychrome marble. On its sides it depicts the coats of arms of the Branca Family. The other altars display paintings by Bellotti di Valsolda. The new banquet table is made of black marble.

Just past the church and rectory is the Cappella del Calvario (Chapel of Calvary) with three wooden crucifixes by the sculptor Domenico Gelosa from Intra, Italy.

Between the years 1975 and 2000 the entire complex was restored (architect Luigi Snozzi).