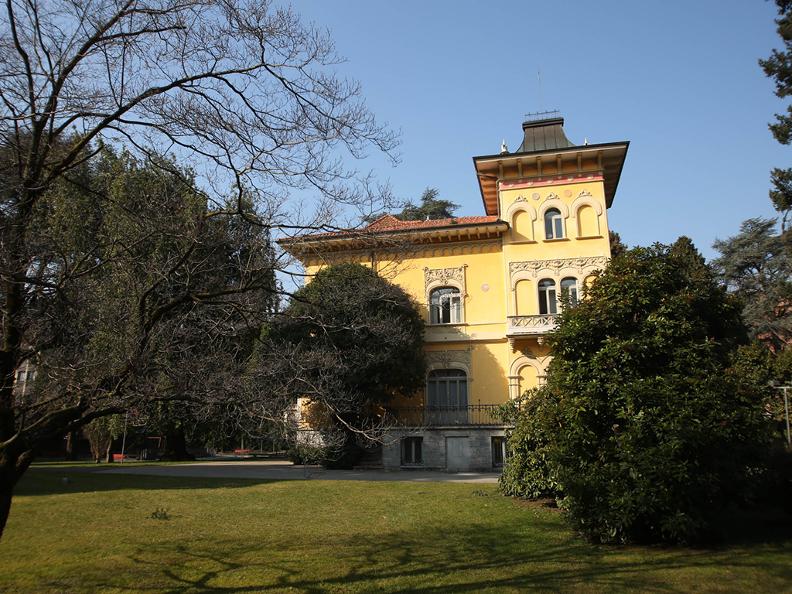 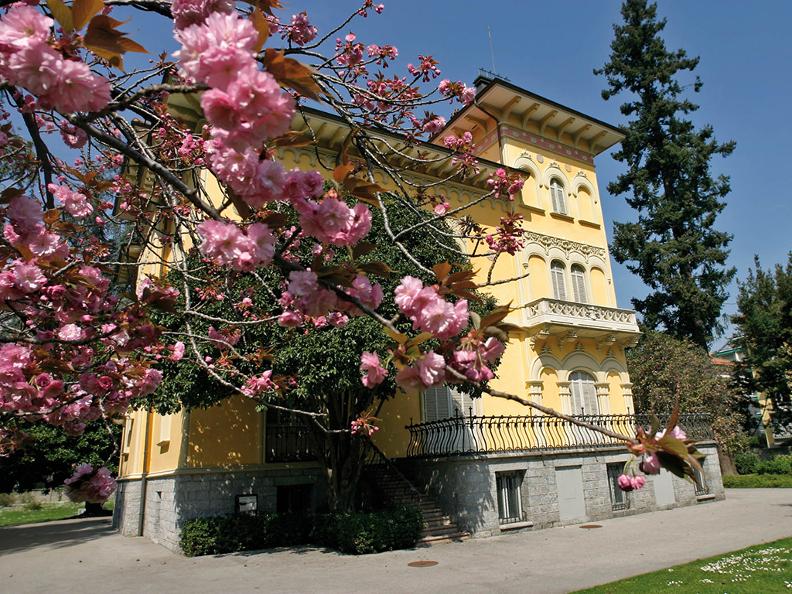 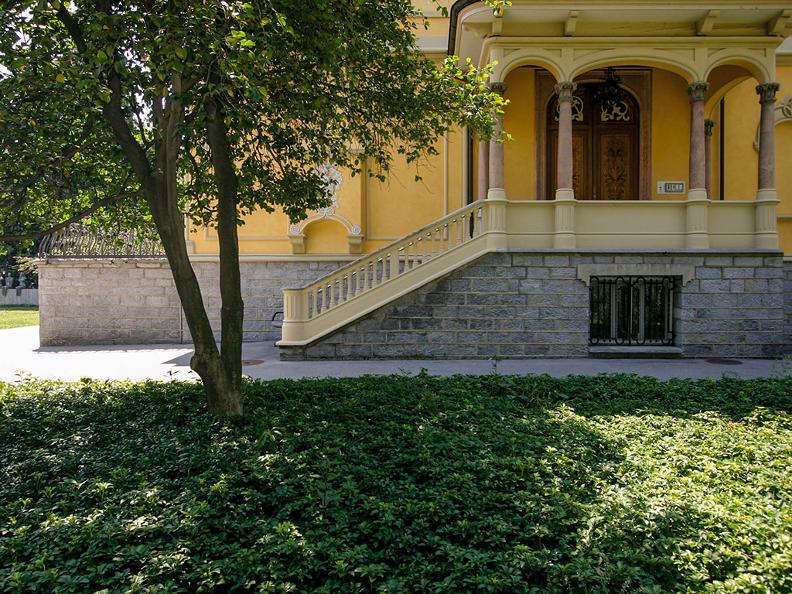 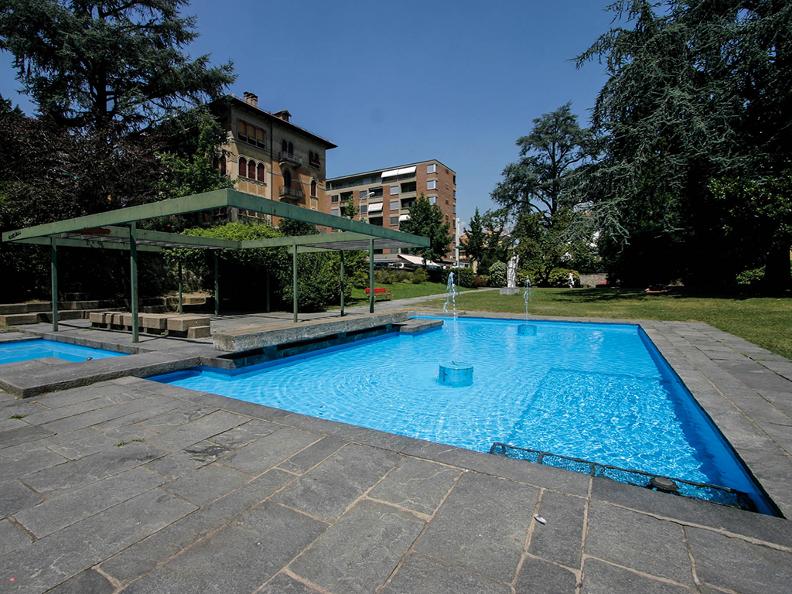 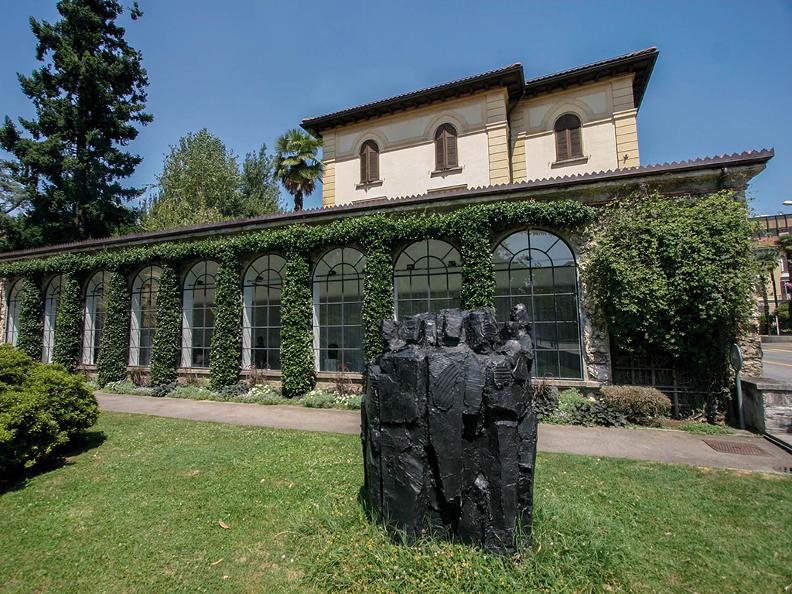 Not only is this park a leisure time area in the city centre, but it is also a small botanical jewel; in fact, its wide range of flora is a typical example of sub-tropical vegetation. The villa is in via Stefano Franscini 9 in the middle of Lugano. Before the Saroli family owned the villa it was known as villa Enderlin, after the family who built it in 1904. Architect designed by Giuseppe Pagani, the building was originally neo-gothic.

The interior was richly decorated in Liberty style, with a lot of English knick-knacks, while the exterior boasted a corner tower with an unusual roof, and a terrace with a Liberty wrought iron railing. To the north of the villa is a ‘greenhouse’ – an orangerie, with ample south-facing arched windows completely smothered in sweet smelling evergreen jasmine. The park itself is studded with wonderful century-old trees such as the evergreen magnolia (Magnolia garandiflora), the silver cedar (Cedrus atlantica glauca), Gingko biloba, honey locusts and valuable conifers.

There’s also a rare example of Californian Bay and a group of trees made up of antique varieties of camellia, rhododendron, azalea and dogwood (Cornus florida). The estate was bought in 1961 by the city of Lugano for 5 million francs, since when the population has enjoyed it as a recreational area for relaxing and ‘recharging batteries’. The villa immediately appeared to be the most obvious venue for a History Museum, but another thirty years were to go by before the idea became reality. In the meantime it was used by the municipal offices. In the 1970s, the best known landscape architect of the time, Willy Neukom, designed the play area together with the little swimming pool. In 1974 Gastone Gambin designed the interior stained glass window depicting the coats of arms of all the Patricians of Lugano. Between 1992 and 1993 the villa was renovated and turned into the city History Museum. Art exhibitions are held regularly in the villa, throughout the park and in the Orangerie.