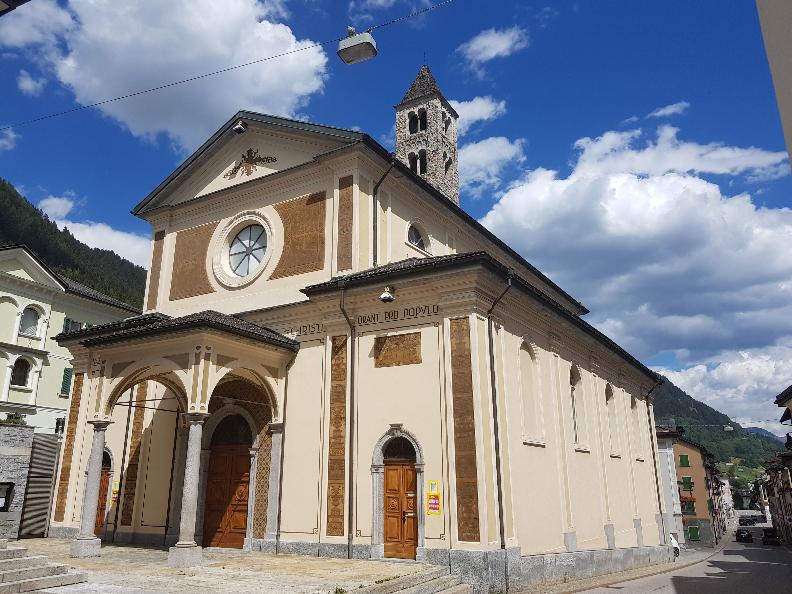 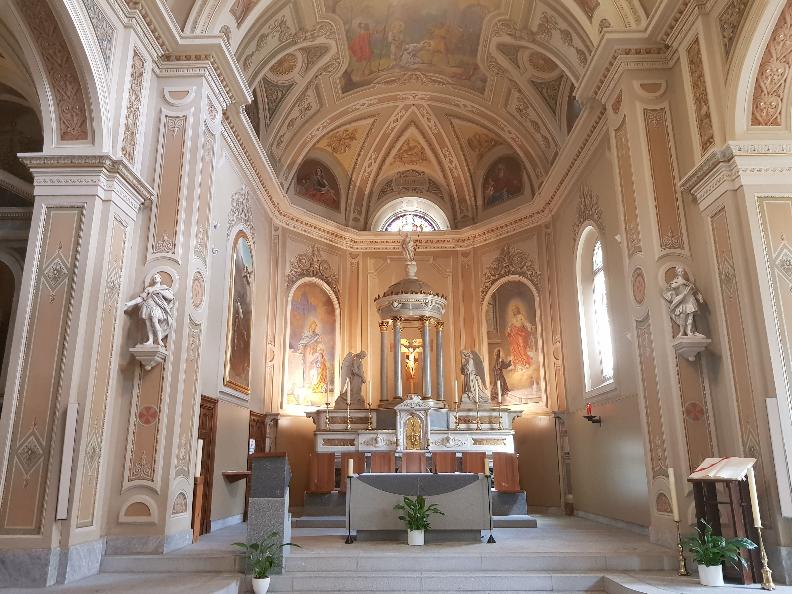 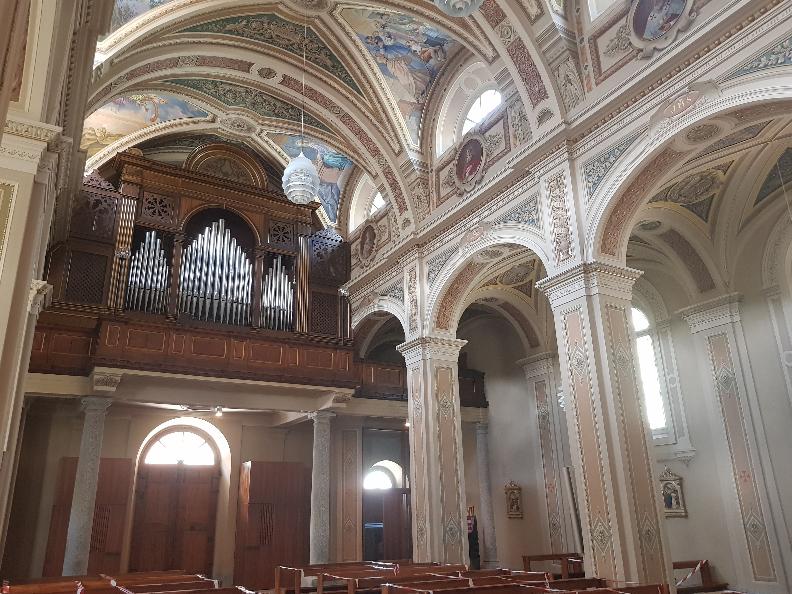 Rebuilt in the years following the fire that devastated Airolo in 1877, the church of SS. Nazario and Celso has very ancient origins. The archaeological research carried out during the restoration (1995-98) dates the original construction back to the VI-VII centuries; traces of buildings from different eras have been found, a small crypt, sepo lture, fragments of frescoes, coins. The Romanesque bell tower dates back to the 12th century.

Inside, pictorial decoration of the late nineteenth century (to Bellinzona Michele Carmine we owe the medallions of the choir with the four Evangelists and, in the nave, the Fathers of the Church of East and West) and early twentieth century (Faini). The frescoes with the Saints (1926-7) are by the Turin artist Morgari; the frames by Martinelli di Bizzarone. The statues of the patron saints and the Savior, part of the altar of 1748, the baroque chapel of the Madonna with a golden wooden statue, the altars of Saint Catherine and Saint Charles of 1774 escaped the fire of 1877.

The high altar (1880) is the work of Pietro Andreoletti of Porto Ceresio, author of the funeral monument of engineer Favre in the cemetery of Airolo.