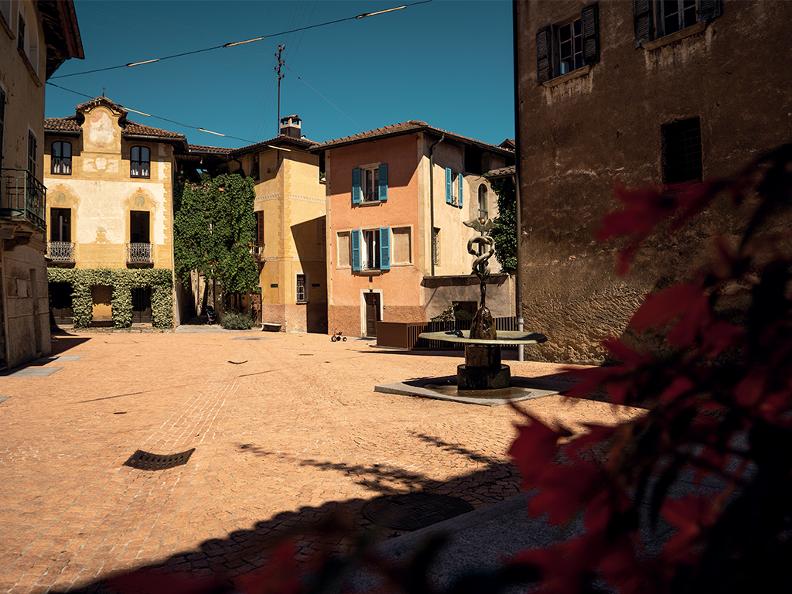 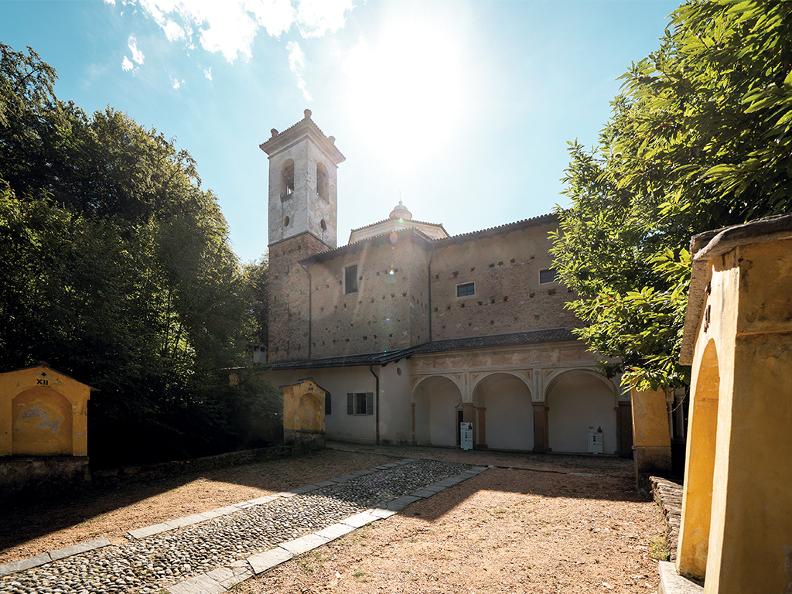 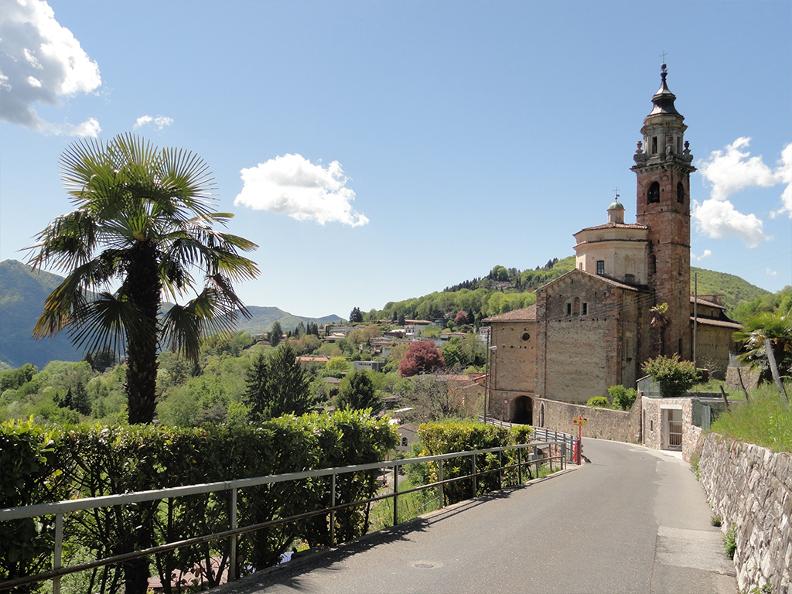 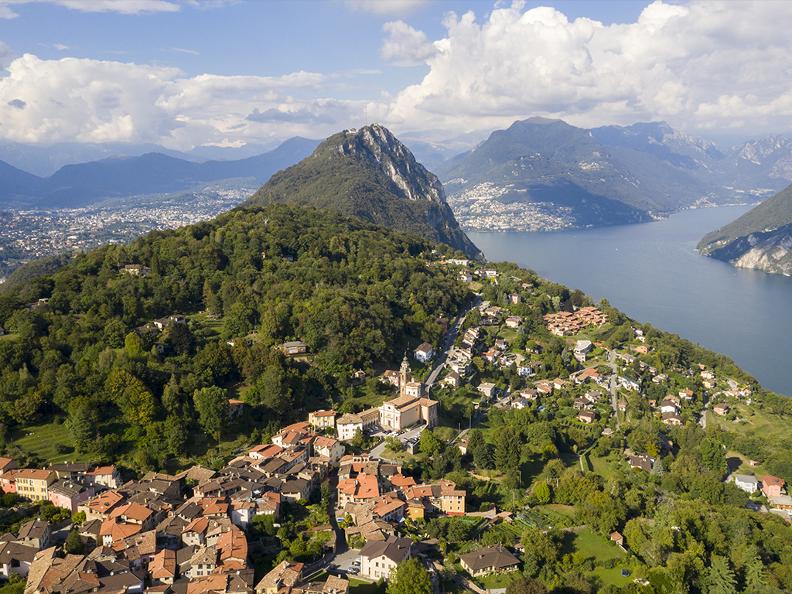 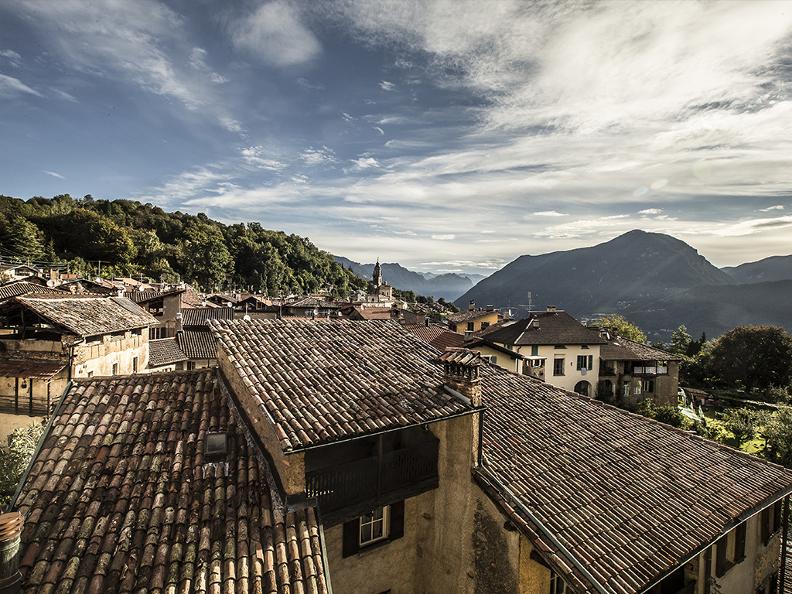 The city of Carona was once called Caluna; it is said that this name recalled the feminine energy directly from the moon on earth. The village lies between Monte San Salvatore and Monte Arbòstora in the district of Lugano.

Exploring the old town and its surroundings, one discovers characteristic fountains, paths and churches that evoke spiritual energies and vibrations.

In the centre of Carona, there is a special fountain representing the staff of Ascelpius: two snakes twisted together in an ascending spiral shape. In yoga, this symbol is called Kundalini and a set of primordial healing forces of the body and landscape.

A few steps away from the fountain stands the tower of the parish church of San Giorgio and Sant'Andrea, which houses a channel of cosmic consciousness that bathes the church and square in a luminous atmosphere. Inside the church lies water flowing underground, bringing a high number of energetic vibrations to the whole place.

From the church it is only a short distance to the sanctuary of the Madonna d'Ongero, a place much loved by the writer Hermann Hesse for its spirituality and also described in his works.

Following the road, on the right-hand side, after a chestnut and beech wood, there is the white chapel of the Immacolata where the vital energy is very high. The special shapes that the tree trunks take and their healthy appearance build an incredibly unique vital energy around the chapel. Behind, on the left side of the Church of Our Lady of Ongero, there is a rock, through its cracks a stream of consciousness of the earth rises to the surface, which can be best perceived in a state of deep meditation.