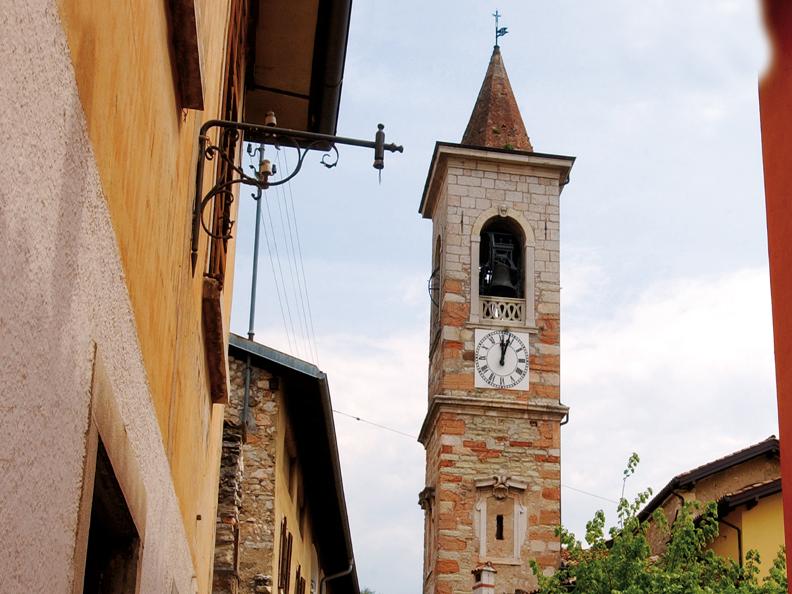 In the past, the former municipality of Arzo (reclassified as a district of Mendrisio in 2009) was famous for its marble quarries. Indeed the municipal coat of arms (created in 1953) has a golden cathedral in the centre of the white cross on a red field, in memory of the contribution made by the local stonemasons during the construction of no fewer than three major cathedrals (Como, Milan and Lugano).

First documented in the 12th century (and called Arzio in 1335), Arzo is situated on the slopes of Monte Pravello and was administratively and ecclesiastically linked to the Pieve (parish) of Riva San Vitale until 1534, when it became an independent parish, with the church of Santi Nazario e Celso becoming the parish church. Like all the other mountain towns, the local economy was based on subsistence farming until the middle of the 1900s, plus the extraction of marble (the Lanza, a tributary of the Gaggiolo river, provided the hydraulic energy required to run the sawmills). Emigration was also an important fact of life: both seasonal (as in the case of artists and artisans) and on a permanent basis (from the late 1800s onwards, many settled in the USA, especially in Vermont).

Today, Arzo boasts some light industry (although the factories mostly employ women from over the border) and is an important residential area for commuters. The many vineyards on the outskirts provide the only evidence today of the village’s agricultural past.