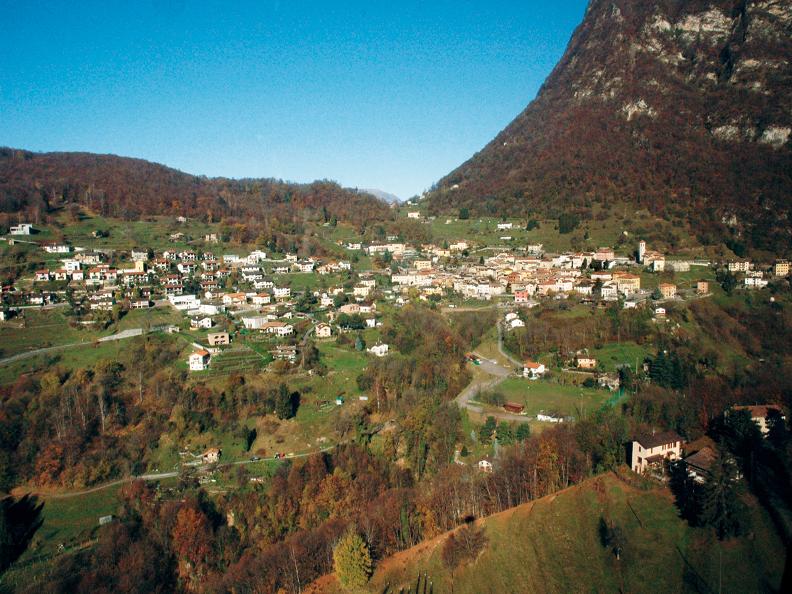 The tombs scattered around this area, even in the villages, as well as a necropolis show that people have been living here since prehistoric times and that the village grew in relation to the ancient road that connected it with the Val d’Intelvi.

This strategic axis linking the county of Seprio with Isola Comacina was strengthened during the Lombard period, so that Aro-gno became an important fortified garrison. Records about the area date back to 780.

During the ten-year war between Como and Milan (1118-1127) the nearby Doragno castle is mentioned. Here, at the church of San Giacomo, a Humiliati community was founded prior to 1253, probably in connection with a hospice.

Like many other villages in the region, this was the homeland of many renowned artists and was the birthplace of Adamo d’Arogno who, with his children and grandchildren, from 1212 onwards began building Trento Cathedral, one of the most interesting examples of Italian Romanesque architecture. The sculptor Guido Bigarelli, also from Arogno, worked between 1185 and 1246 in Lucca, Pistoia and Pisa.

As early as the Middle Ages there was then a migration of workers to the Italian cities, a phenomenon that would intensify in the centuries to follow. For generations, entire families would emigrate from Arogno not only to neighbouring Italy, but also to Germany, Poland, Czechoslovakia and Russia. These include the Columba, the Artari, the Cometta, the Cozzi, the Maini and the Stella families, who would decorate churches and buildings during brief stays in their home village, as can be seen in the houses around the Piazza Velécc and the Piazza Fróo.

Those who did not emigrate settled for poor land resources, taking up employment in predominantly agricultural and pastoral activities, enjoying for a brief period the inclusion of a coal mine.

A major boost to the local economy, which also put a check on migration, came with the opening of two factories for producing watch components in the second half of the 19th century, which remained in use until the end of last century.