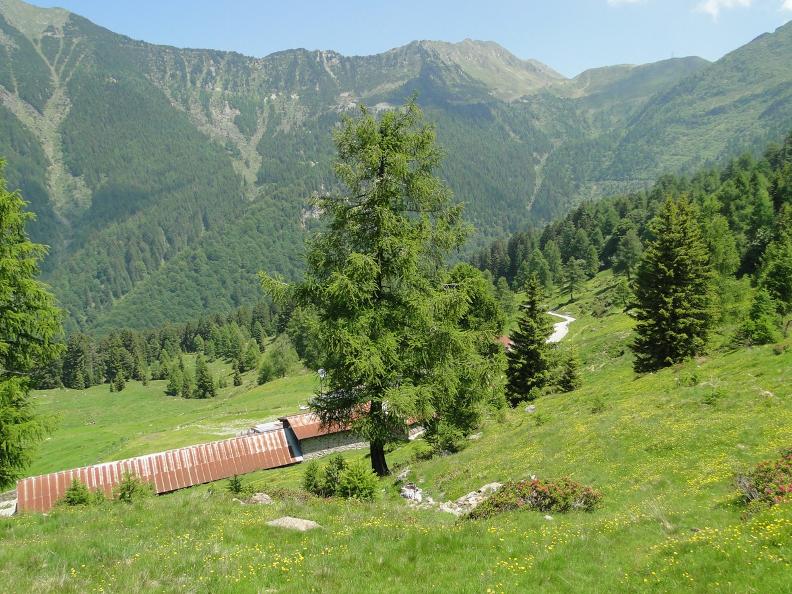 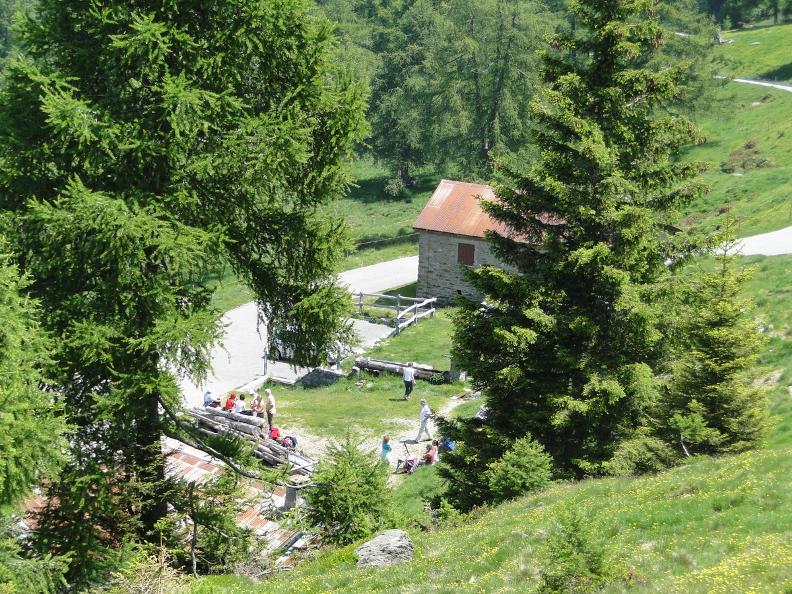 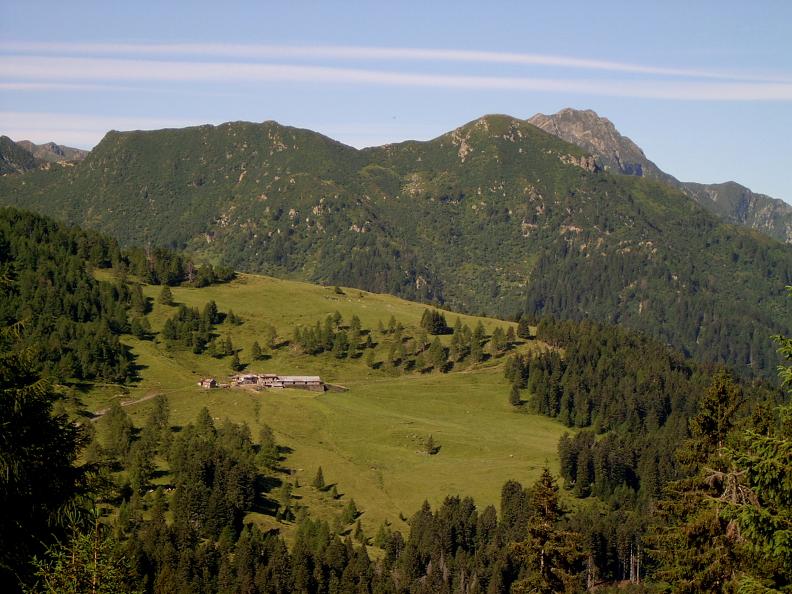 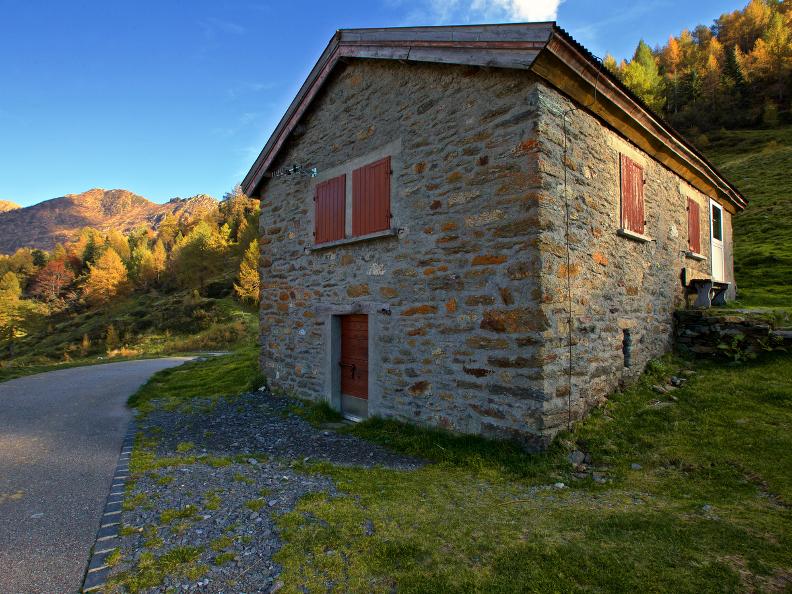 The Alpe Giumello has been part of the Canton of Ticino since 1917 and has been run by the Istituto Agrario Cantonale di Mezzana since that time. Like the Alpe Giggio, it previously belonged to the Italian municipality of Garzeno in the Albano Valley, on the other side of the San Jorio pass. Giumello and Giggio were expropriated by the Canton after a lengthy lawsuit against the Italian municipality, for forestry and so-called ‘strategic’ reasons.

During the summer, sixty to seventy dairy cattle graze here and their milk is used to produce around 800?1000 forms of Formaggio d’Alpe Ticinese P.D.O. cheese. Non-dairy cattle, heifers, young heifers and calves (around eighty to ninety) graze the Alpe Valletta below (around 200 hectares at 1200 metres above sea level), where there is further workers’ accommodation in Cassina Nova.

The Alpe Giumello is in use and open from mid-June to mid-September. Visits can be arranged with the Azienda Agraria Cantonale di Mezzana.