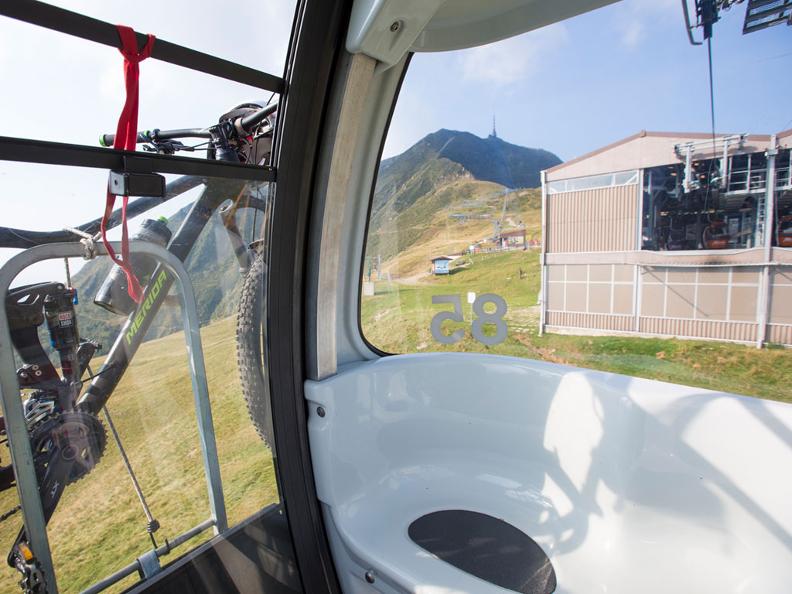 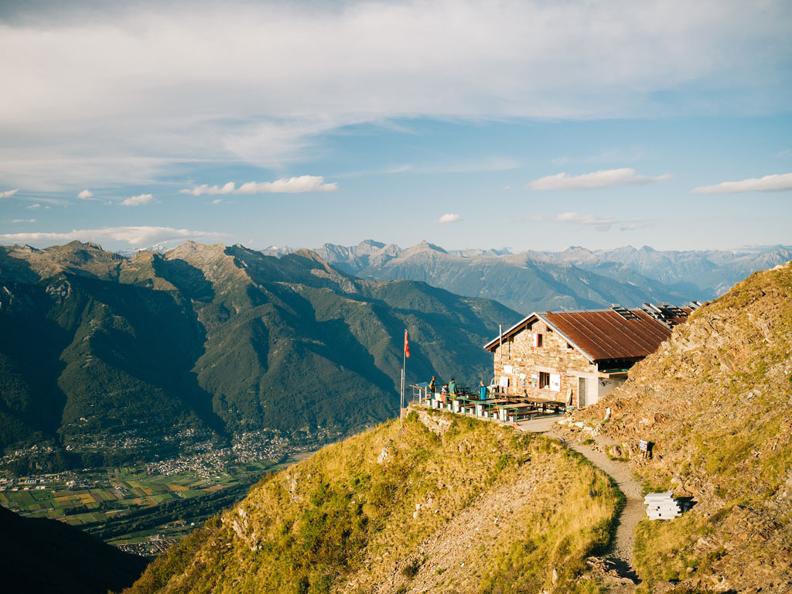 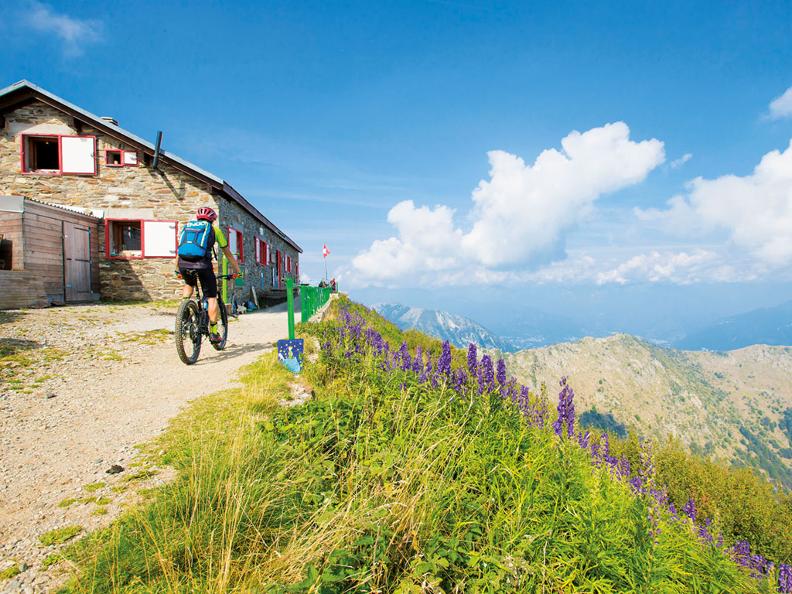 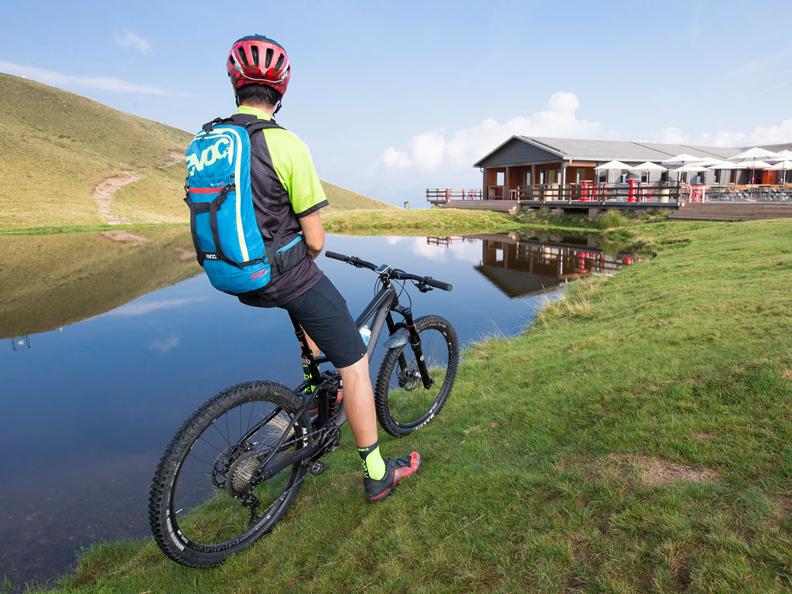 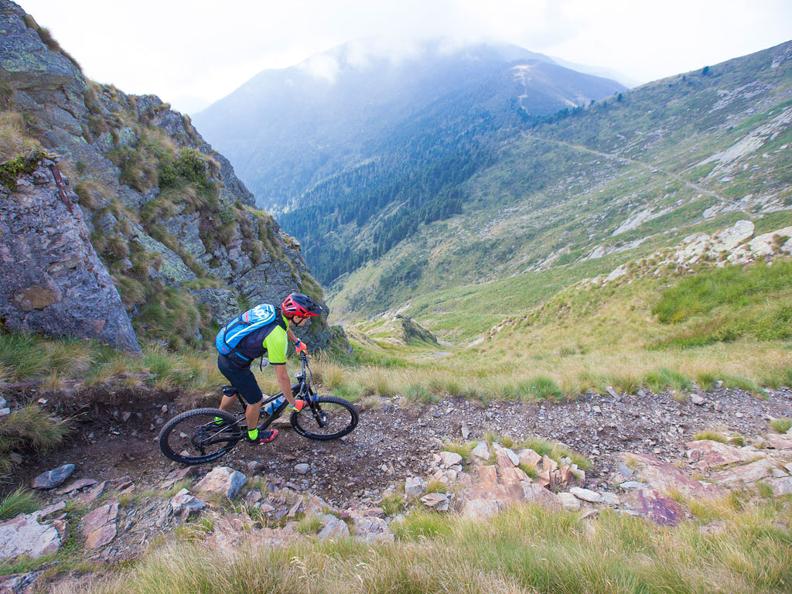 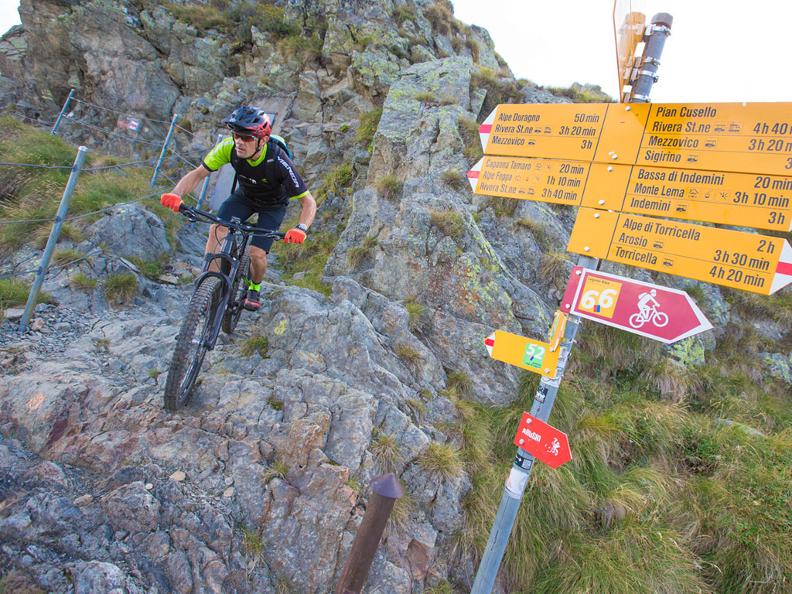 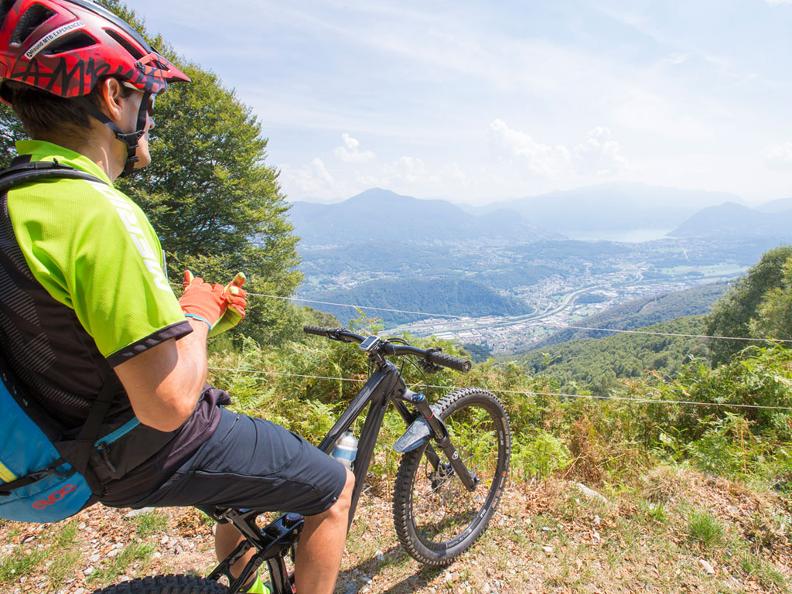 This loop trail is quite an experience: the ascent from Alpe Foppa to Capanna Tamaro is rough, but the fantastic views of the valley, Lake Lugano and Lago Maggiore are worth the effort. The long downhill ride through forests and across alps to the Vedeggio River in the valley is a technical challenge.

The gondola takes the mountain bikers from Rivera to Alpe Foppa. A visit to the Santa Maria degli Angeli church, designed by world famous architect Mario Botta, should not be missed. Some of the interior is the work of Italian painter Enzo Cucchi.The energy saved by taking the gondola up now comes in handy for the first steep uphill ride on a dirt road. The views of the region along the way are unforgettable: from the Po Valley to the peaks of the Valais. The intermediate stage near the antenna is reached 330 m higher up. Capanna Tamaro is open to the public and offers amazing 360° views of the valley, toward Bellinzona to the north and Lugano with its lake to the south. In the west, Lago Maggiore is dominated by Locarno and its delta. This is where the batteries are recharged for the long and challenging single trail downhill ride.

A difficult traverse leads to the fork just before Monte Tamaro, followed by switchbacks to Bassa di Indemini, which are also strenuous. The trail dips into the forest and the ride becomes more fluid. After Alpe Canigiolo a nice high trail follows the slope to Alpe Torricella and continues through the forest to Arosio, which is part of Alto Malcantone. On the Roman road from Ponte Tresa to Monte Ceneri, you’ll pass the San Michele church with its wall paintings. Another lovely single trail through the forest arrives in Bedano after a few zigzags, but the bike has to be pushed for part of it.

The return trail leads through typical village centres. A bridge crosses the Swiss national highway after Torricella. Near Taverne the route reaches the Vedeggio River and follows it to Mezzovico where it branches off. The trail runs between the highway and the train track for a short while before it rises slightly to the hamlets of Capidogno and Soresina, where the Santa Maria delle Grazie oratory and an old grain mill with a museum can be visited. Or how about a bit of wellness after the hard work? Splash & Spa Tamaro is close to the destination.

Check the public transportation schedule ahead of time for trains carrying mountain bikes to and from Rivera!Check lift operating hours and Capanna Tamaro’s opening hours.
Caution: steep ascent on the first section from Alpe Foppa to Capanna Tamaro (335 m).
Caution: 600 m of the downhill single trail between Arosio and Bedano are technically challenging. It is recommended to push the bike.