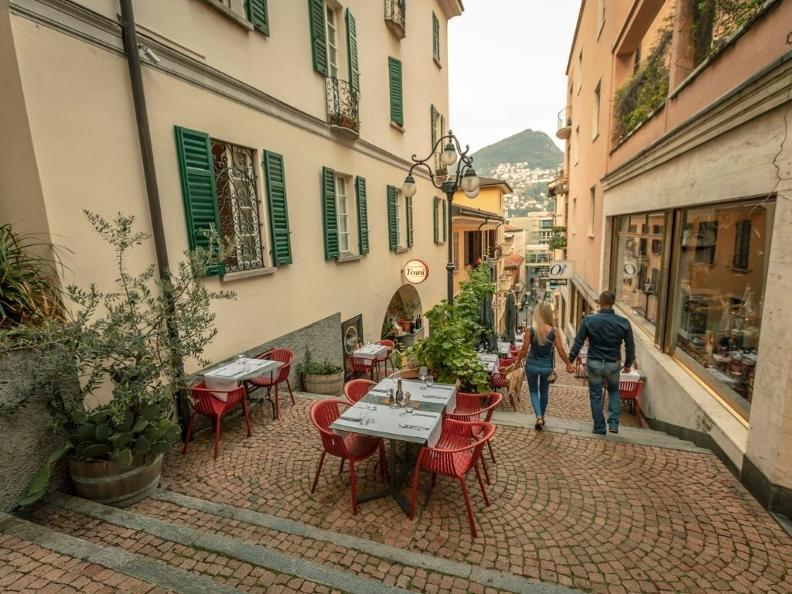 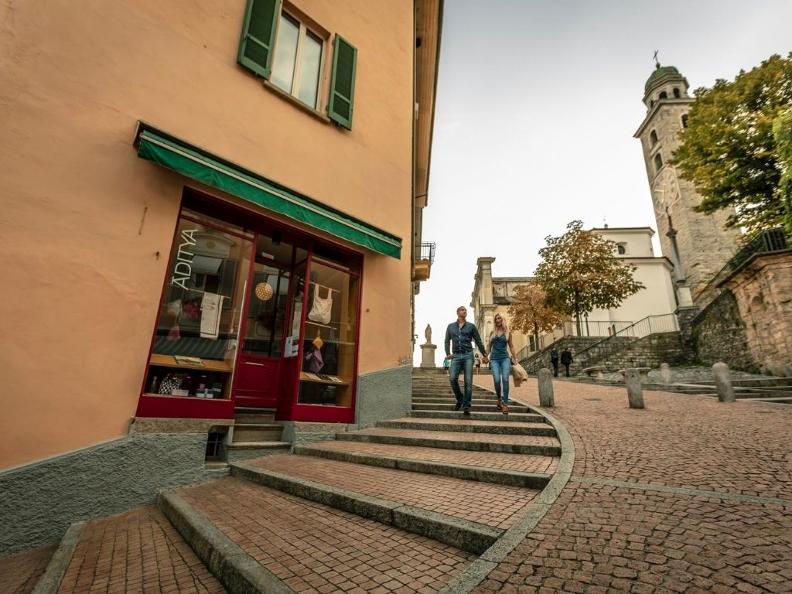 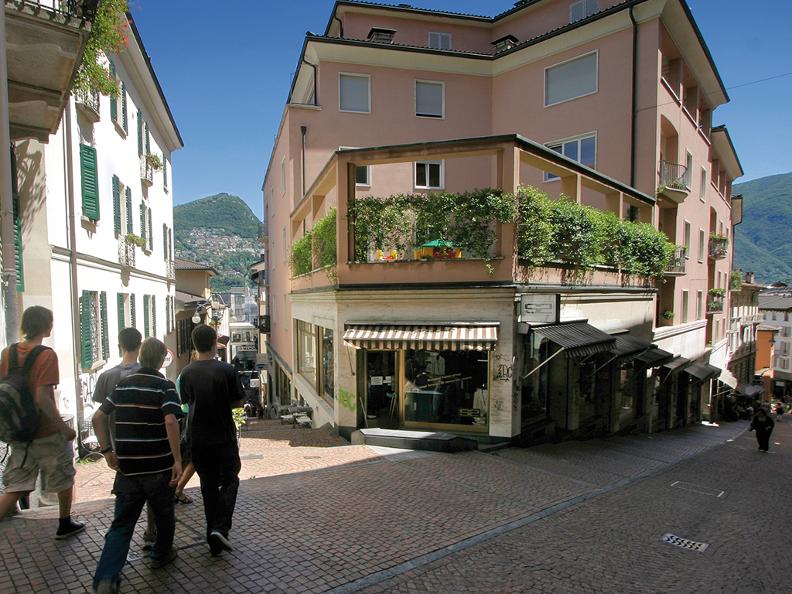 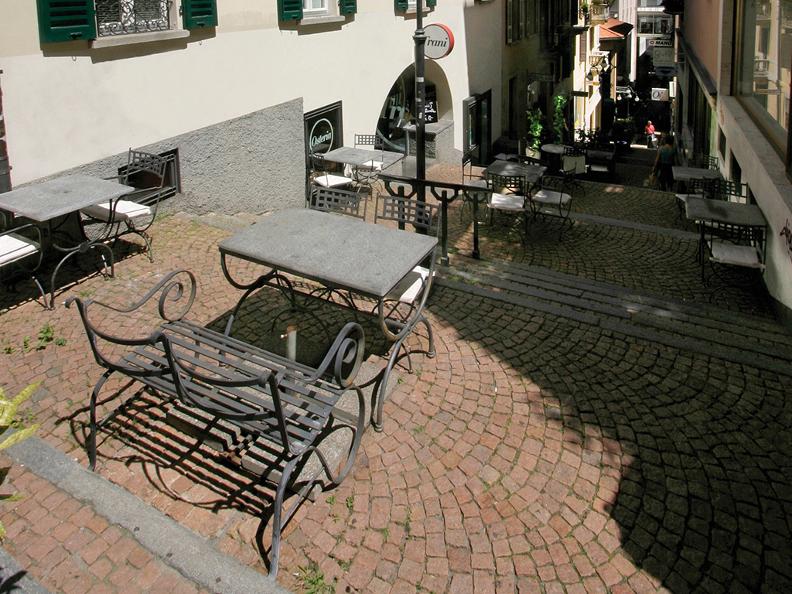 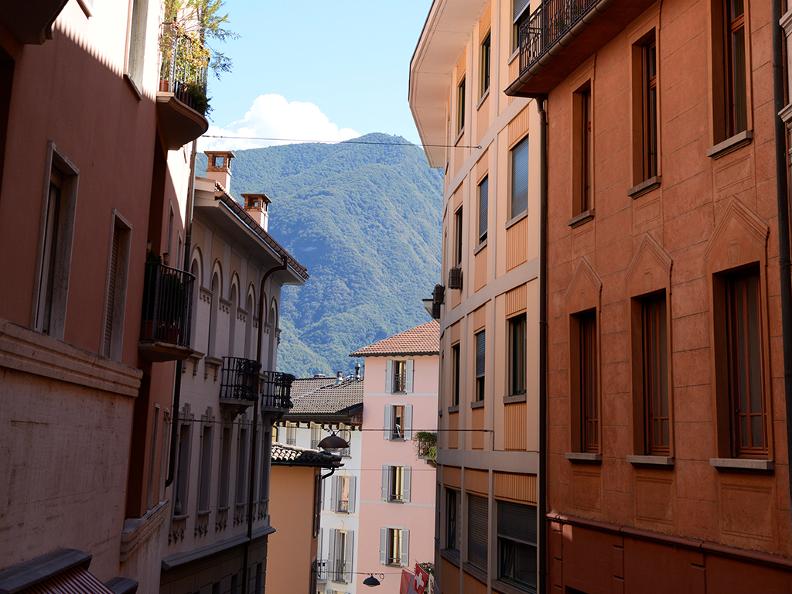 To the West of Piazza Dante and Piazza Cioccaro lies Lugano’s hill. A small altitude difference separates the railroad station from the city centre.

You may use a cablecar to cover the distance but we suggest you go up by way of two very characteristic streets: Salita Mario and Antonio Chiattone and Via Cattedrale. Along this pleasant walk, you’ll find many small boutiques, craftsmen’s jewellery shops, art galleries, antique shops, giftshops and many picturesque corners. This area has its own special atmosphere: it is typically Ticinese and is very lively thanks to a multitude of small boutiques that are lined up on both sides of the streets. Salita Chiattone and Via Cattedrale join at the top, near the San Lorenzo Cathedral, and they’re within a short walking distance. Here you’ll also find Via Bertaccio where many other shops await you.

History
Via Cattedrale, once the starting point of the Regina Road, winds its way from Piazza Cioccaro through the area of San Lorenzo, then turns left in Via Cattedrale. This stretch used to be closed and it was only connected in 1819. The Gate of San Lorenzo used to stand between Via Cattedrale and Via Bertaccio; however, the area’s inhabitants didn’t like it, since it blocked off the light coming from the only existing gas lampost. It was demolished in 1988. Some people attribute the name of Via Bertaccio to a man called Berto, who used to live just outside the San Lorenzo Gate and who was the hangman of the San Martino Gallows. In 1886. the cablecar was inaugurated. The population and city hotels felt they really needed this connection between the town centre and the top of the hill for an easier access to the railroad station.

ARCHITOUR: Lugano and its architecture

ARCHITOUR: Lugano and its architecture