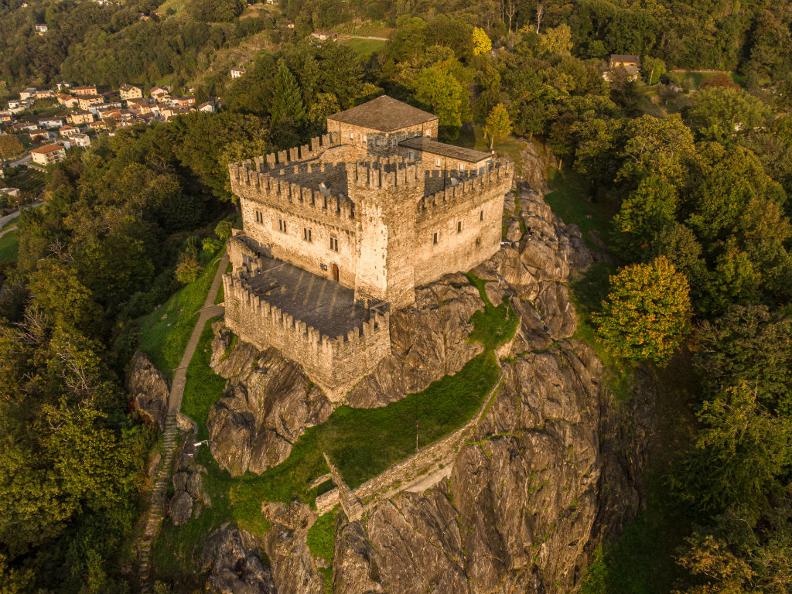 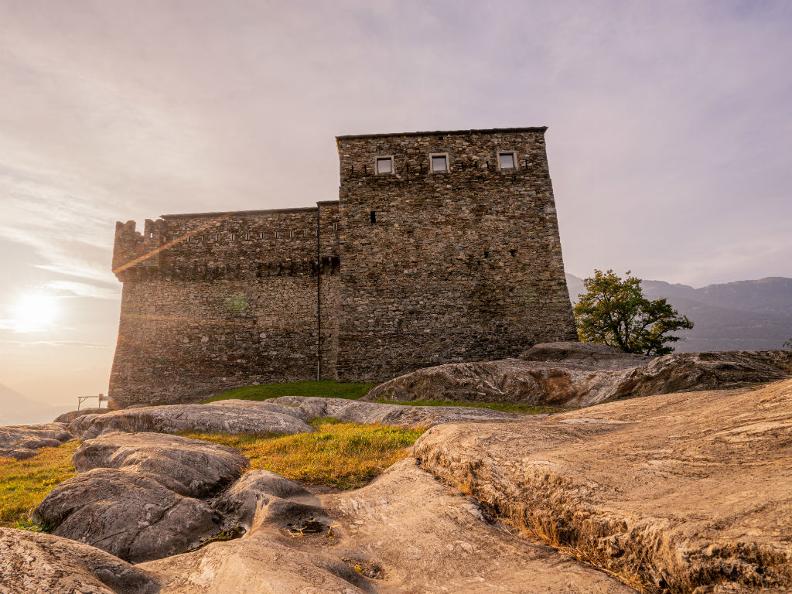 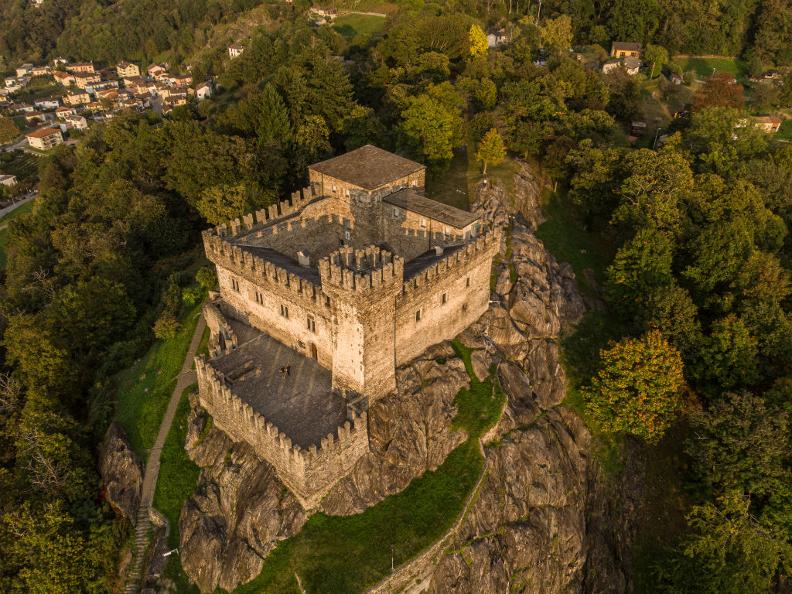 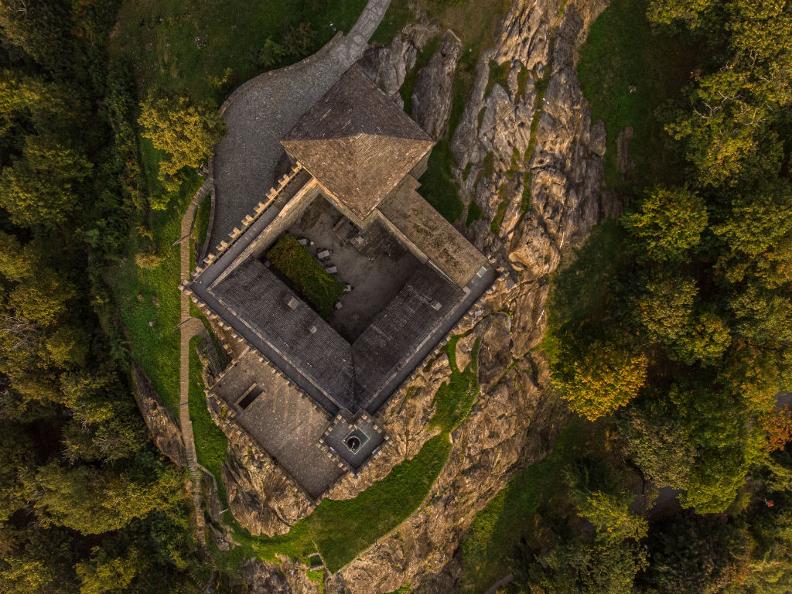 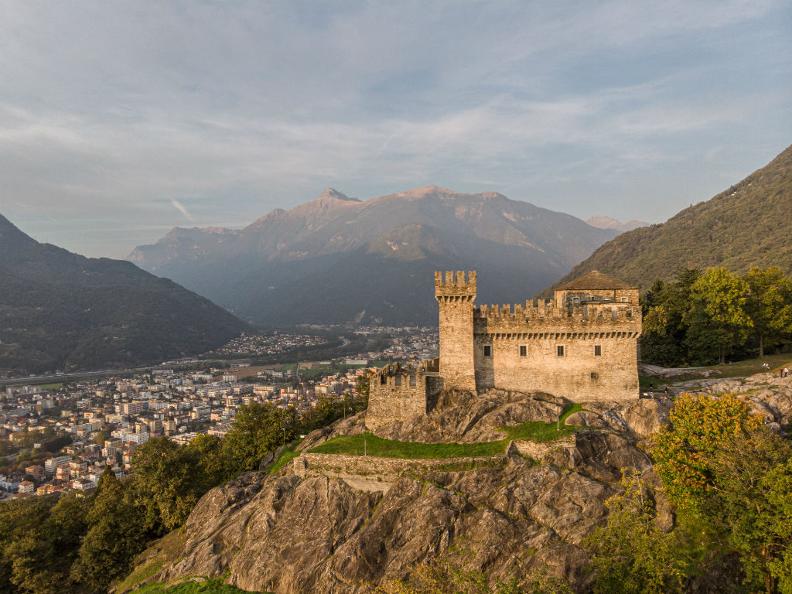 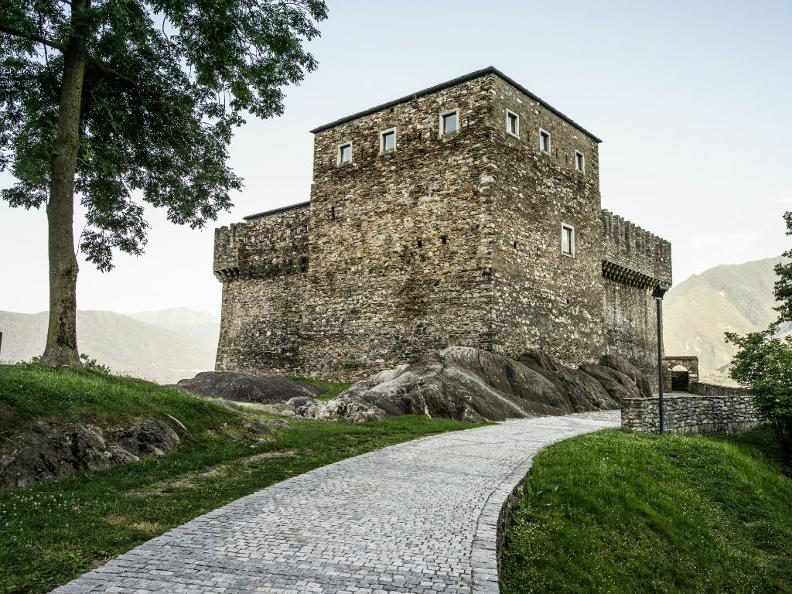 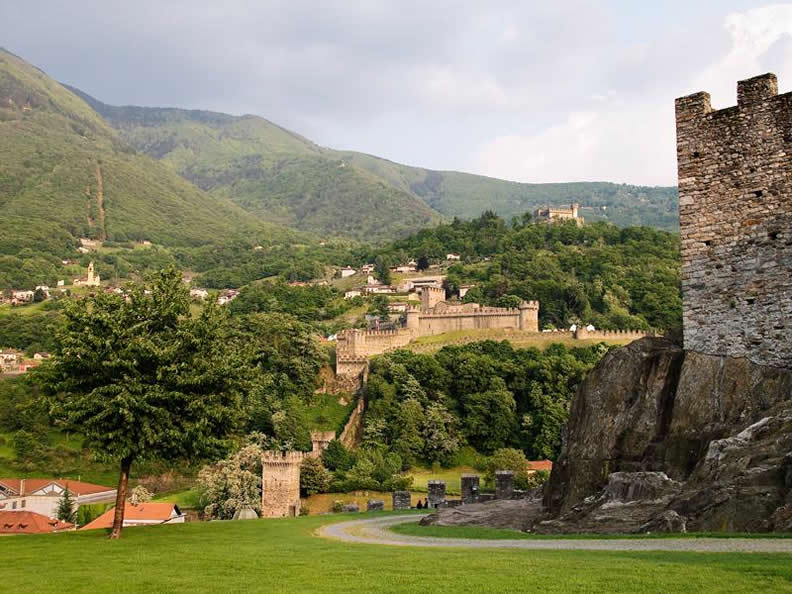 The Castle of Sasso Corbaro


Named for its location on a rock that is as dark as a crow’s feathers (from dialect “corbatt”), this is a typical Sforza fortress built in a basic geometrical shape. The dungeon and lookout tower are nestled in a square courtyard surrounded by high walls.

Of the three castles, it is the only one with a precise date of construction: 1479. It was built in just over six months by Sforza architect Benedetto Ferrini to complete the defensive barrier meant to prevent the Confederates from reaching Milan.

Sold to a company that wanted to turn it into a hotel in 1870, later on it was rented out to local families as a summer residence.

The restoration works (2004-2006) directed by architect Paola Piffaretti helped to fully realise the castle’s potential, making it a more attractive tourist destination and reinstating the surrounding network of paths.

Be sure not to miss the fascinating temporary national and international displays and exhibitions in the castle.

Seminars and receptions can be organised in Sala Benedetto Ferrini or Sala Camino.

You’ll be licking your lips at the seasonal dishes offered at l’Osteria Sasso Corbaro in the internal courtyard. Stop by for a refreshing break and lively conversation.

From its perch 230 metres above the city, Sasso Corbaro offers a fantastic panoramic view: the vista expands northward towards the Riviera valley dominated by Pizzo di Claro and southward to the Lake Maggiore basin in Italy.

The third castle can be reached on foot along a shortcut from Montebello Castle, by car on the road that continues from the second castle, on another road that goes up after San Giovanni Hospital, on the Artù il Trenino dei Castelli tourist train or on public transport.