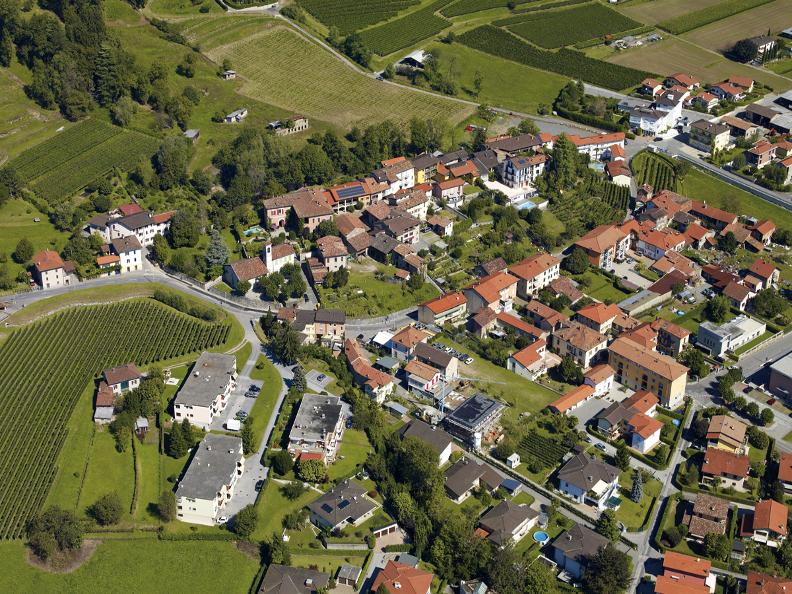 Numerous archaeological finds in the local area indicate that Stabio was a settlement of some importance even during the Iron Age and later on in the Early Middle Ages. Its central position in the Mendrisio region was exploited especially by the Romans, who established thermal baths and resorts for instance, as shown by excavations in 1937 that unearthed the remains of a large villa belonging to an important figure of the time. Moreover, the discovery of a place of worship dedicated to the pagan god Mercury and some tombs from the period when the Lombards occupied the Mendrisio region confirm the ancient origins of the “momò” village.

The development of Stabio’s rural economy is representative of that in the whole district: subsistence farming, first based on wheat and other cereals and later sericulture and silk spinning. In the second half of the 19th century, however, people stopped cultivating the mulberry trees needed for the silkworm and the look of the countryside changed as the tobacco plantations needed for the cigar industry expanded. Many small cigar workshops appeared, scattered mainly throughout the Lower Mendrisio region. They prospered until the middle of the 20th century and then gave way to viticulture and horticulture, today the only visible sign of the area’s agricultural past.

Stabio was in the political spotlight in 1876 when three men were killed in a shoot-out between the liberal and conservative factions near the Bagni Ginella. The “Stabio tragedy” as it became known further soured the already tense political climate in the canton. This tension would eventually lead to the last liberal revolution of 1890, which in turn caused the Confederation to intervene in Ticino politics and impose the then avant-garde proportional system.