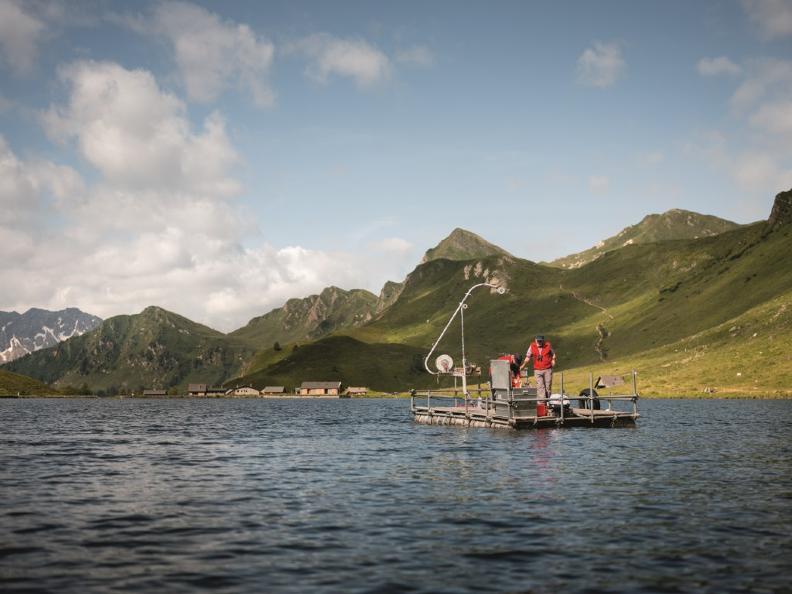 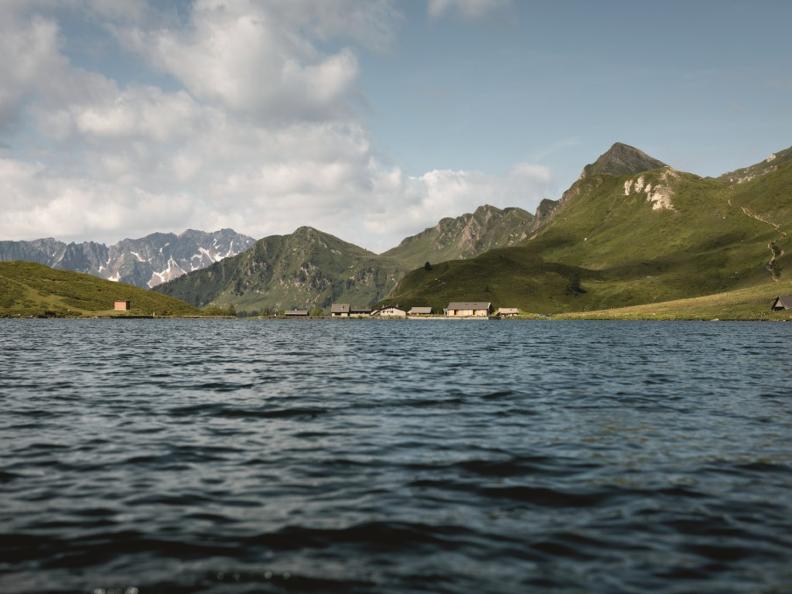 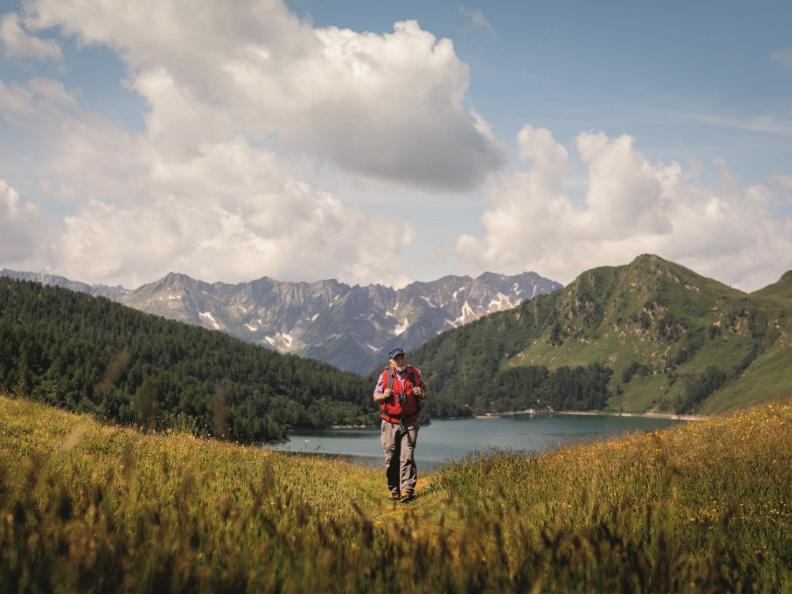 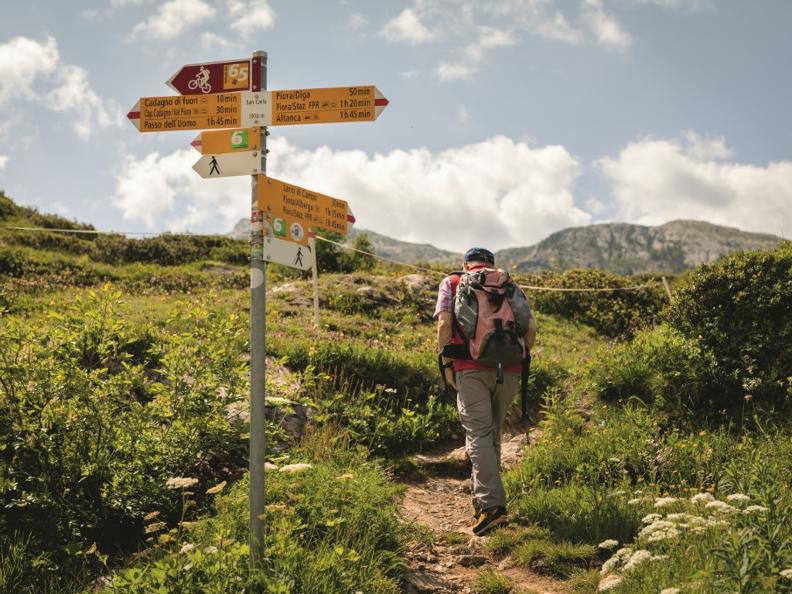 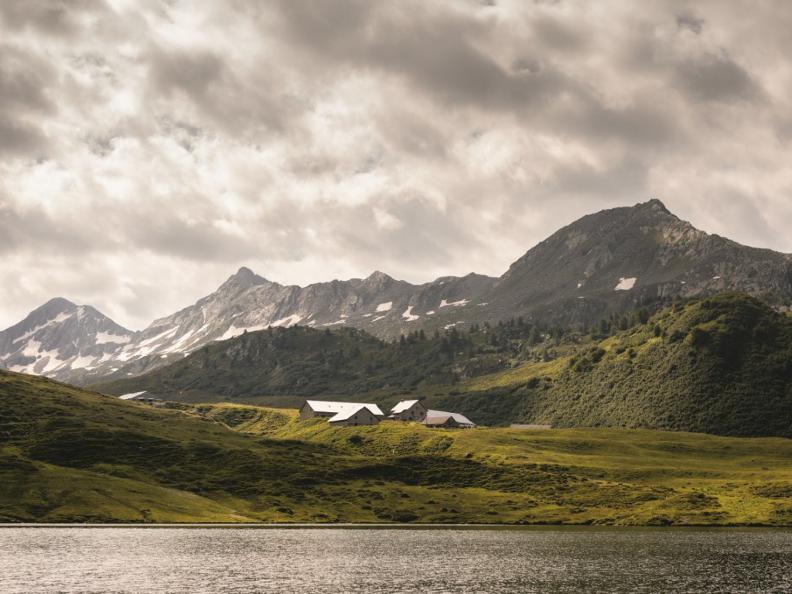 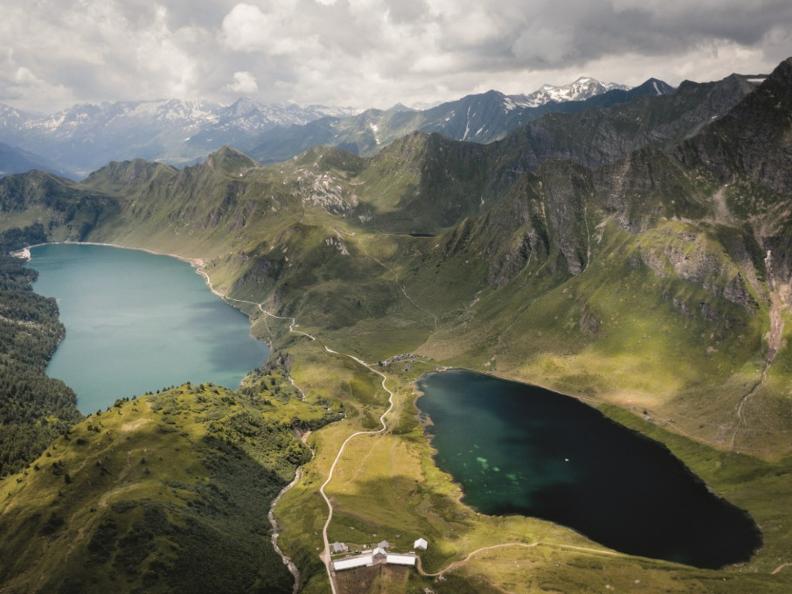 A quick ride with one of Europe’s steepest funicular (maximum gradient 87,8%) brings you away from the noisy motorway in the Leventina to the Piora Valley. A quiet mountain area, incredibly rich in the variety of botanical, animal and geological elements. In this wonderful location the visitors can enjoy astonishing views of the surrounding Alps, reflected by the waters of not less than twenty mountain lakes.

One of the best places to admire the mountain lake paradise of the nature reserve Alp Piora is from the hill top of Föisc, that can be reached in a short hike from the Piora cable railway station. Looking down from the Rifugio Föisc you see the biggest lake, Lago Ritom, but also the plateau and the smaller lakes ‘Tom’ and ‘Cadagno’. Especially Lake Cadagno is mysterious. Actually it consists in two lakes that are overlapping, creating a unique ecosystem. The superior lake, in contact with the athmosphere, is a natural alpine lake, fed by the waters of springs and melted snow. The lower part does not receive water or oxygen from the outside world. Turning around on Föisc the hiker has a splendid view down the whole upper Leventina, but also into the Bedretto Valley and the Gotthard massif.

The Piora region is a paradise for outdoor sports lovers, for hikers, bikers but also fishermen who like to indulge in nature. After a day out there is nothing better than a stop in one of the mountain restaurants and to taste the delicious local specialties, for example the alp cheese directly produced up there on the Alpe di Piora, actually the biggest alp of the canton.

The cable railway from Piotta to Piora, built in 1921, is an unforgettable experience by itself. It only runs in summer.