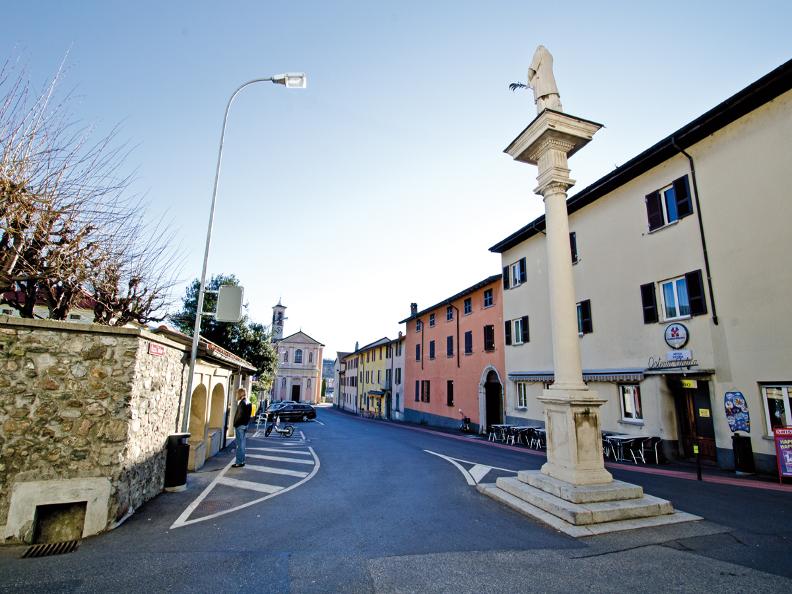 Rancate – a former municipality, reclassified as a district of Mendrisio in 2009 – lies between the Laveggio plain and the slopes of the Hill of Sant’Agata. It includes the hamlets of Penate and Cantone (towards Riva San Vitale) which once had fortified defences in the Middle Ages when the small village of Rancate belonged to Seprio. The village already existed in Roman times and was first mentioned in documents in 1190 (as Rancade). It became an autonomous municipality in the late 13th century.

In ecclesiastical terms, Rancate belonged to the Pieve (parish) of Riva San Vitale until 1528, when the church of Santo Stefano became the parish church. This church was first mentioned in 1466, but was completely rebuilt and extended in 1771–1774 by Innocente Regazzoni. The parish priest was raised to the rank of provost in 1731. At the end of the 18th century, the municipality was part of the short-lived Republic of Riva San Vitale.

Until the Second World War, the inhabitants of Rancate were mainly employed in subsistence farming (grapes, maize and wheat), plus the typical rural activities linked to the mills (Pizzuolo, Tana and Molino Nuovo) and operation of a trip hammer (in Penate). It was also common for the local craftsmen, including artists, to work abroad either on a temporary basis (seasonal emigration) or permanently.

Over the course of the last fifty odd years, the village has become an industrial centre (fossil fuel depots, building materials, transport and ironworking), with workers coming from over the border. As a result, the population rose to 1,353 by the end of the 20th century, which is double the population it had just 50 years earlier (there were 753 inhabitants in 1950).