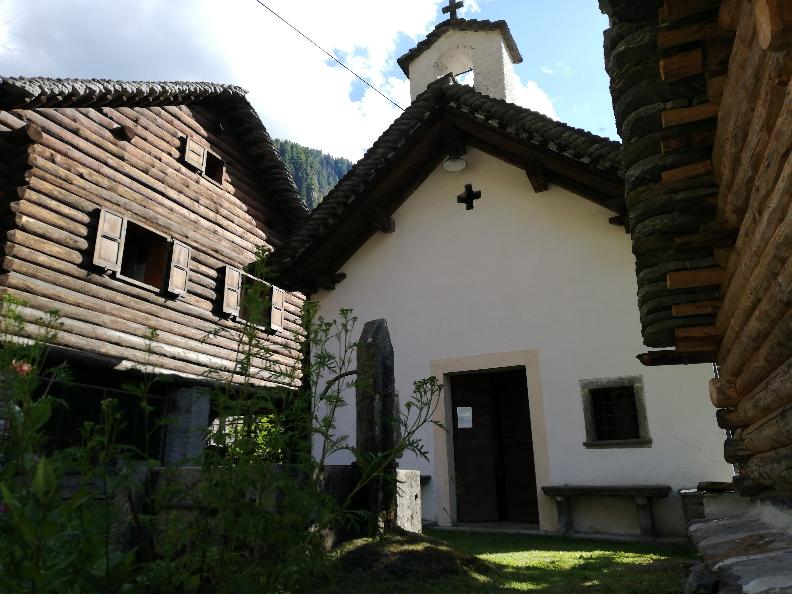 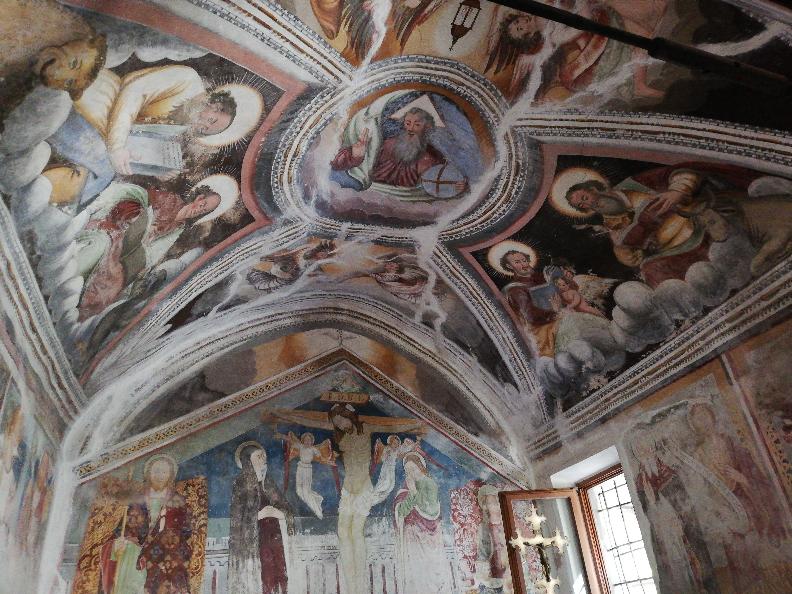 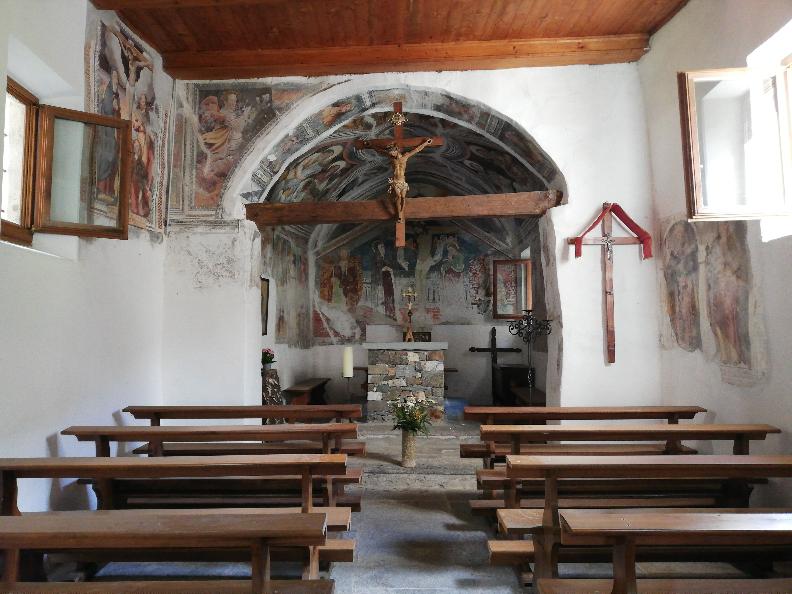 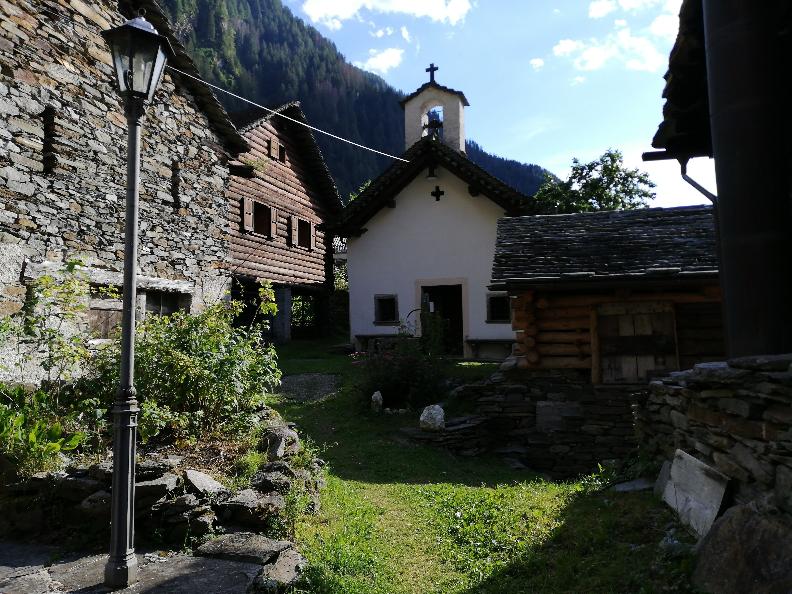 Hidden among the few houses in Madra, in Val Malvaglia, stands the ancient oratory of S. Giacomo.
A modest building built at the beginning of the 17th century, it is next to a chapel (15th century) which now serves as a choir for the entire oratory.

The frescoes are unfortunately very damaged, but deserve attention for their originality. According to Bianconi they belong to the second half of the 15th century and can be attributed to a painter from the Seregnesi workshop. On the back walls of St. James, Crucifixion and Madonna on the Throne: the Crucifixion has as its background the crenellated walls, the two side figures are leaning against a cloth arabesque, at the sides of the Crucifixion an inscription difficult to read in Gothic shows the names of donors without a date.

On the left wall, St. Agatha and St. Christopher, on the right, St. Anthony, the Baptist and St. George killing the dragon, with a princess next to him.
There are many references in these figures of saints to the iconographies of two churches in Giornico, S. Nicolao and S. Maria al Castello, while the face of the princess recalls the fresco fragment found in the sacristy of S. Giorgio in Losone.
On the choir vault, the arch and part of the nave are frescoed by a painter from 1630 to be identified with H. J. Greutter, who was active in the Grisons.