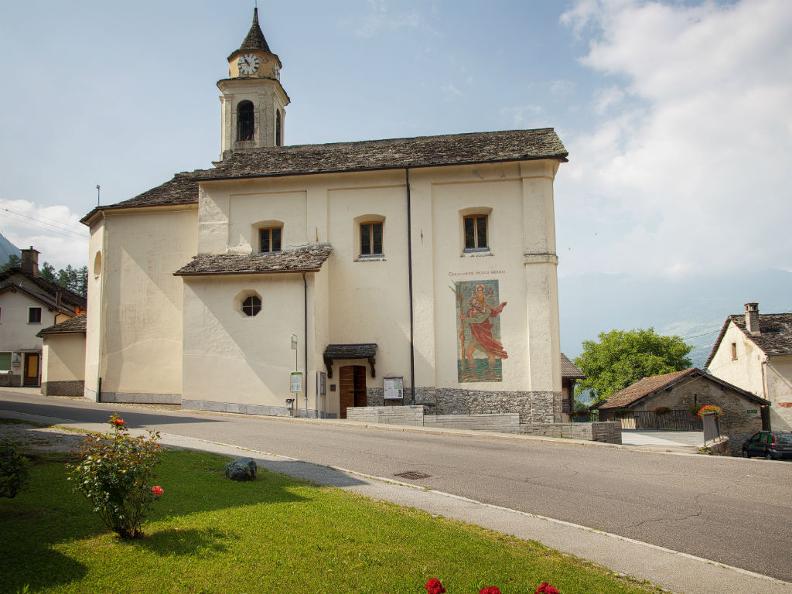 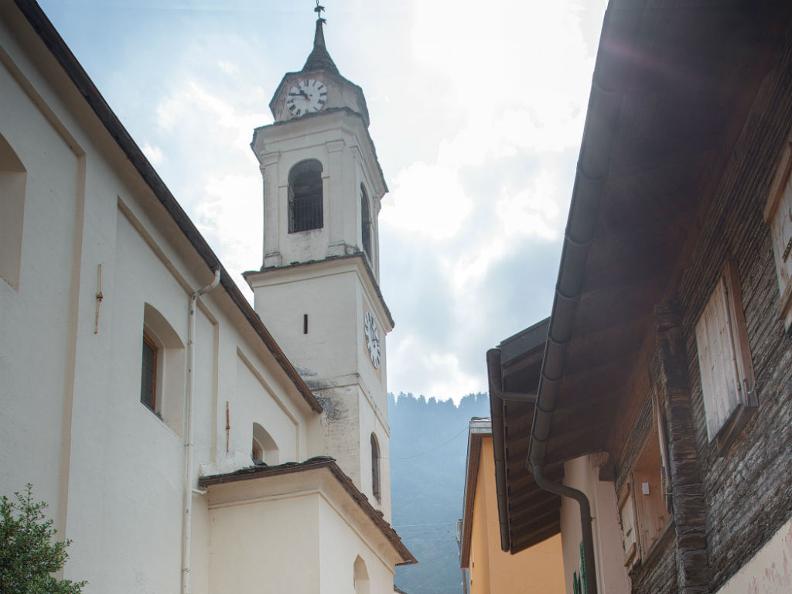 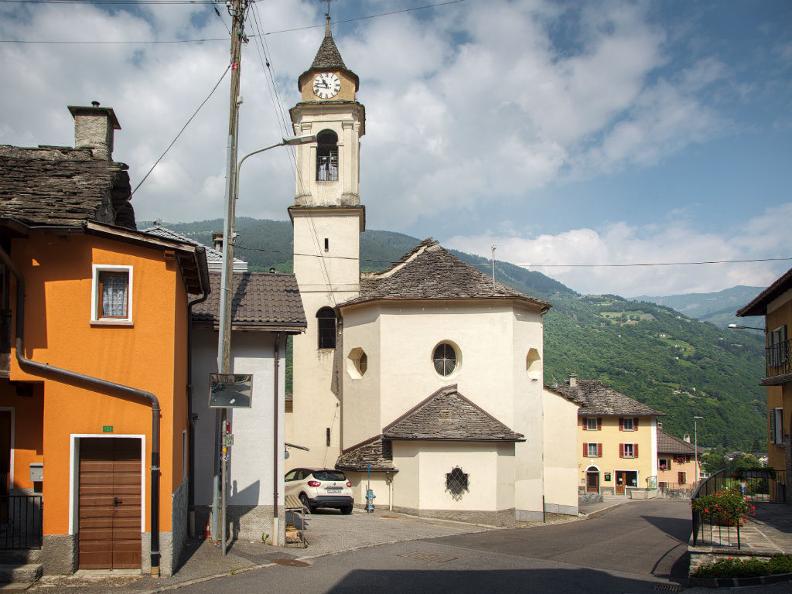 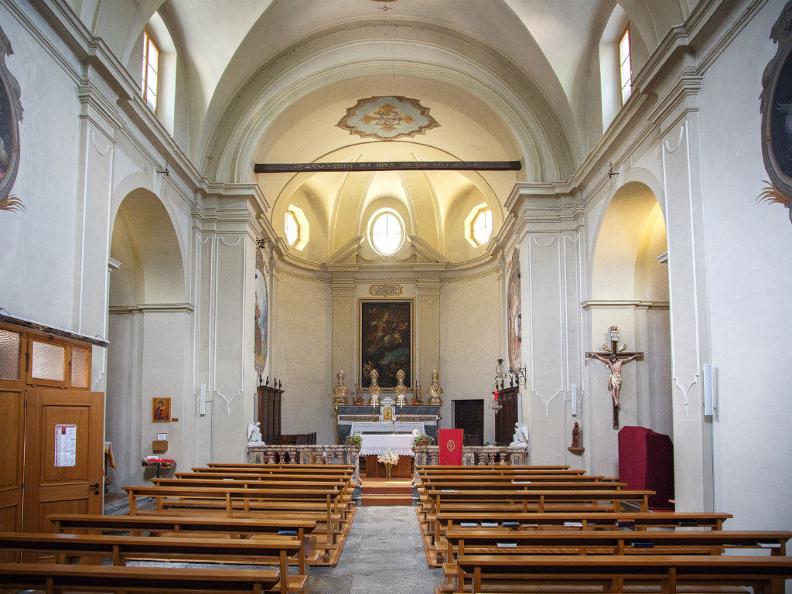 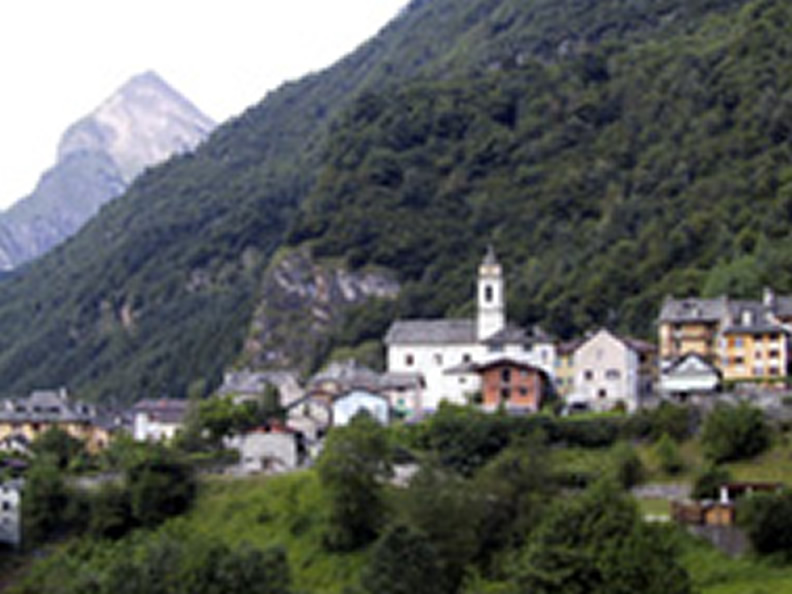 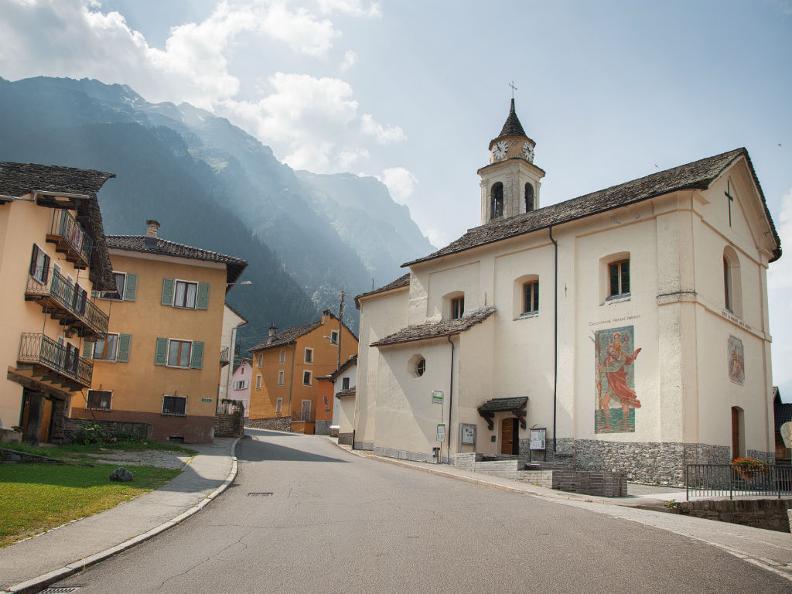 Mentioned in the pastoral visit of St. Charles in 1567, it was enlarged in 1742 in the Baroque style. The side facade is decorated with a 1953 St. Christopher's by Attilio Balmelli and Emilio Ferrazzini, last restored in 2012.
Inside: painted and gilded sculpture of the Madonna with sedan chair of the eighteenth century.

On the back wall of the choir altarpiece with the Glory of St. Ambrose. On the right leteral altar, oil on canvas with the Immaculate Conception and Saints.

In the nucleus of Dangio there are valuable medieval wall paintings: the Madonna in Trono and S. Antonio Abate of 1469, of the Seregnese school, on Casa Bernardi, the fresco on Casa S. Carlo and others.

Aquila, of which Dangio was a hamlet, was considered the richest village in paintings of the time.