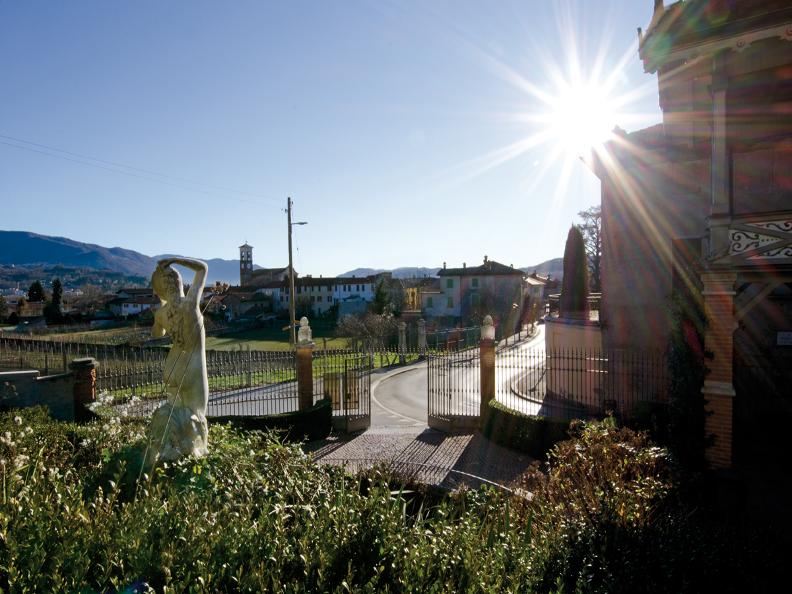 Ligornetto was the birthplace of another famous artist: the sculptor and painter Apollonio Pessina (1879–1958). Upon his death, his sister Bianca donated the family home to the municipal authorities, who renovated it and opened it to the public in 2003. This building houses a permanent exhibition of works by the artist, a reception/conference hall and various creative workshops run by the former students of the Macconi School. Casa Pessina also has a rich archive of numerous documents, a series of plaster casts, marble and bronze sculptures, many drawings and over 2,820 photographs and plates.

Born in 1879, at the end of the 19th century Apollonio Pessina attended the Mendrisio School of Design and then continued his training in Genoa, Grenoble and Paris, where he became known as Paul Pessina. A sculptor specialising in funerary monuments, Pessina often showed his work at national and international exhibitions and became an authority on the artistic and cultural scene in the canton of Ticino. Elected several times to the Grand Council (and member of the Supervisory Committee for the teaching of drawing in schools from 1948 to 1951), he became the official sculptor of the canton, for whom he produced his two most famous works in a “rhetorical and bombastic” style, namely the “Monumento ai militi” (Bellinzona, 1920–1948, in honour of the soldiers who lost their lives in World War I) and the “Monumento di Giornico” (Giornico, 1932–1937, in memory of the Battle of Giornico in 1478).

The several works in Casa Pessina include a high relief entitled “La Tragedia Umana” (The Human Tragedy), which the sculptor showed at the National Exhibition in Berne in 1914 to great acclaim. This work sums up the main themes of Apollonius Pessina’s work: the universal themes of pain and death, presented in a style reminiscent of his colleagues James Vibert of Geneva and Albert Bartholomé of Paris.