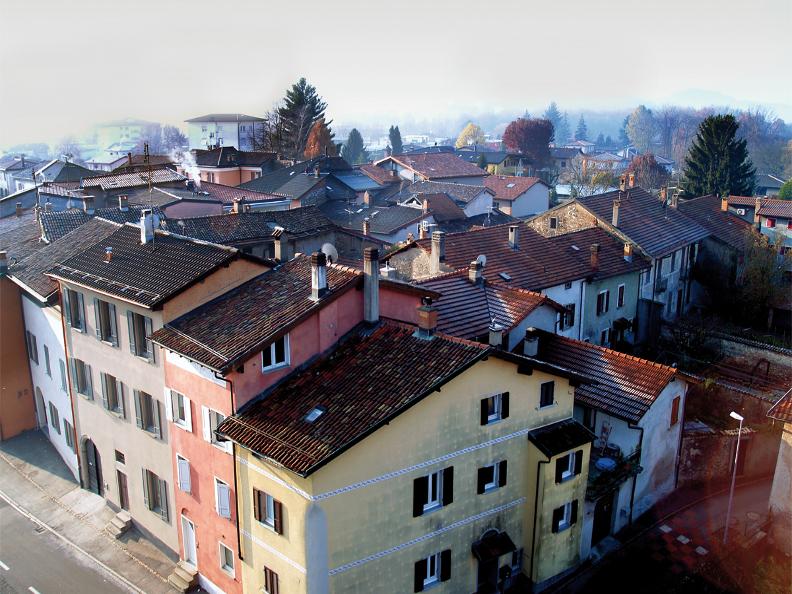 The town of Genestrerio was first mentioned in an official document in 1375 (as “Cassina de Zenestrario”), when the settlement formed part of the lands held by several noble families from Mendrisio. It is known, however, that a cluster of farmsteads already existed in the area before the year 1000 and that the village, a place of transit for the armies of the German emperors on their way down to Italy, enjoyed a “charter of immunity” – an ancient imperial privilege – granted by Adolf of Nassau-Weilburg, ruler of the Holy Roman Empire from 1292 to 1298, in the year he was deposed by the German Electors, a unique event in the history of that imperial dynasty.

An autonomous parish since 1599, separated from the Pieve di Balerna by permission of the Bishop of Como, the town of Genestrerio saw many of its workers emigrate to Italy from the beginning of the 16th century onwards. Many were skilled builders, including the patrician Boffi family (plasterers) and the Coldirali family (today Caldelari), one of whom apparently worked on the cathedral of Fulda in Germany.

According to popular tradition, the name Genestrerio derives from ginèstri (the Italian name for the broom plant – Cytisus scoparius), once very common here and throughout the Campagna Adorna region. Its golden yellow flowers can still be seen in the town’s coat of arms together with some tobacco leaves and a bunch of grapes, the region’s main agricultural crops.

As the result of a territorial reorganisation of the towns in the Mendrisio area, Genestrerio – together with Arzo, Capolago, Rancate and Tremona – was re-classed as a district of the municipality of Mendrisio on 5th April 2009.