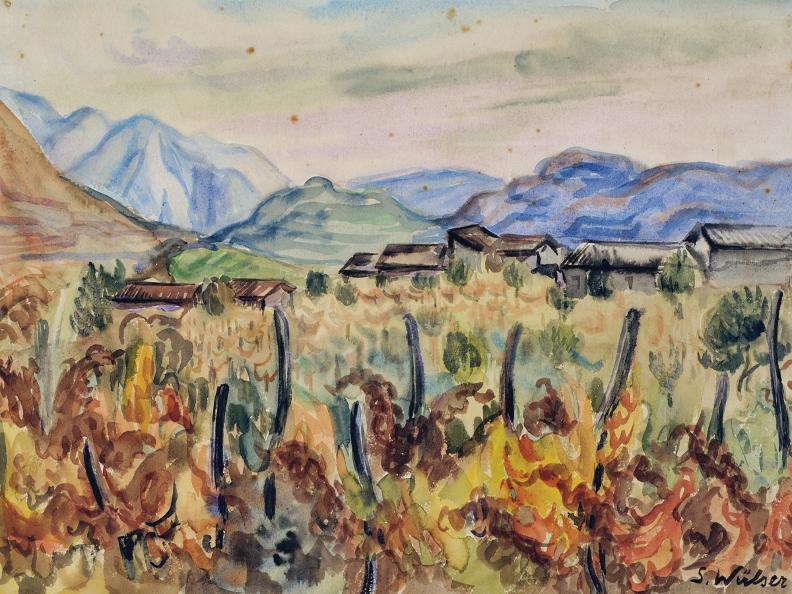 Corteglia is one of the many outlying districts of Castel San Pietro, and housed the first human settlements in the territory of the Commune. Like Obino, which was founded by the Longobards and became Corte Regia, i.e. the seat of the “sculdascio” (chief of the Longobard territorial division), the representative of the Count of Seprio in the region. In fact in 865, Sigerato, the grand vassal of Lothario II, gave to the Milanese monastery of Sant’Ambrogio Obino and Corteglia, which at the time was a “curs”, a “small court” annexed to the Corte Regia and destined for the harvesting of grain.

Subsequently the settlement became the centre of the life of the district, since it was situated along the “queen way”, in other words the only communication route which existed at the time between Chiasso and Mendrisio.

In more recent times the beauty of this place, consisting of lovely farmhouses surrounded by vineyards which developed in the past along the only road, the Via delle Corti, which passed through it, also struck Samuel Wülser (1897-1977), the painter from Aargau, a pupil of Vibert and Vernay, and an excellent portrait and landscape artist. In 1923 he decided to settle in Mendrisiotto. Overwhelmed by the pastoral landscapes of the district, the painter made Corteglia his workshop, and the people of the place became the models. The artist, who left very large numbers of paintings, drawings and pastels in which his great sensitivity shines through, was in contact with the Rot-Blau Group and with the Trentatre Group, and subsequently founded with Guido Gonzato, Ernst Musfeld, Aldo Patocchi, Anita Spinelli and Ugo Cleis, the “Mendrisiotto Group, or Integral Group”. Samuel Wülser also produced ten or so large murals between 1941 and 1966, the most famous of which is “San Martino Fair” (painted on a panel in 1947) at the Mendrisio Commercial Inn.

As previously in the case of the Expressionist painter Albert Müller (1897-1926) who still rests in the churchyard of Sant’Antonino at Obino, Wülser also decided to be buried at Castel San Pietro, and his grave is in the local cemetery of the Commune.