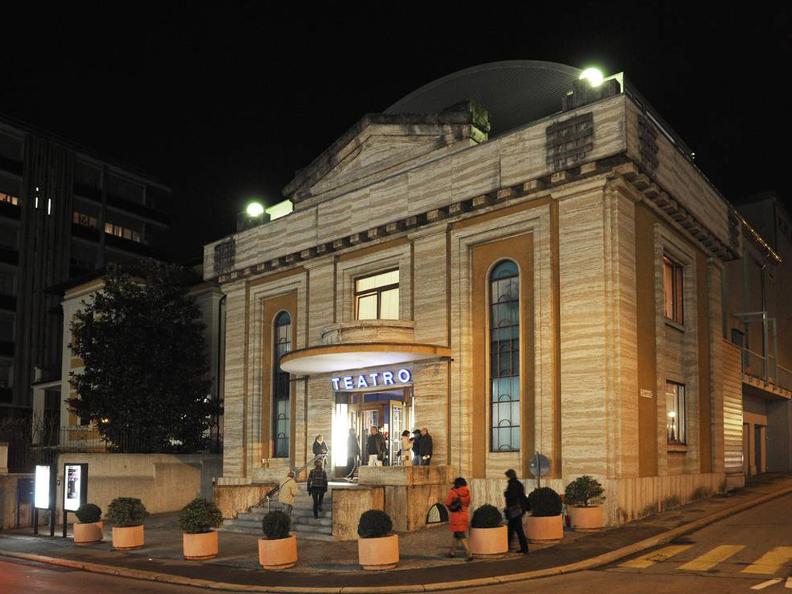 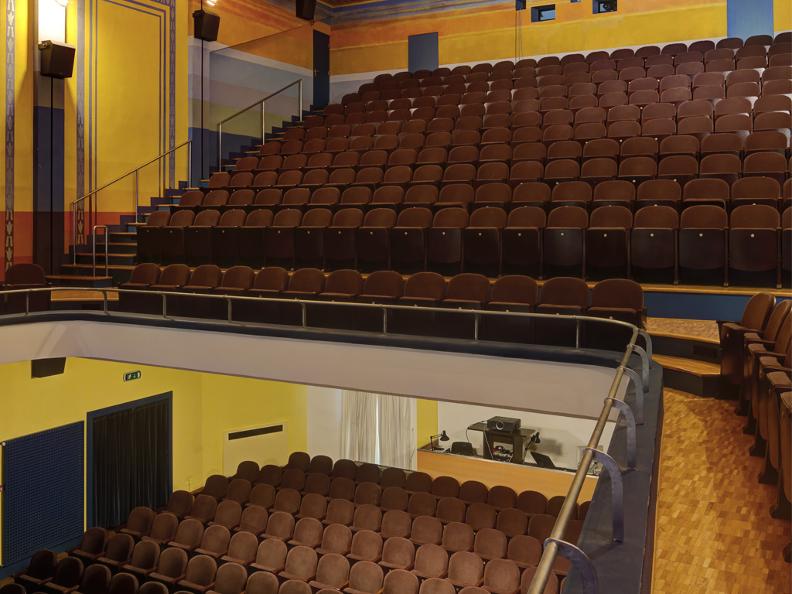 The historic date: 10th August 1934. the Town Authorities of Chiasso approve the project of the architect, Americo Marazzi, to construct the Cinema Teatro, a hall which evokes classical stylistic elements and which, as he explains, will serve as a place for cinematographic shows as well as theatre and variety programmes.

The following year, 1935, the inauguration. The decoration of the ceiling, of the entrance hall and the foyer by Carlo Basilico, the artist from Chiasso who also realises the murals, of futuristic inspiration, on the scenic tower of the building, cause indignation (and not much enthusiasm).

It is a dream come true, the newspapers enthusiastically write, a marvellous realisation for the Town and for the whole region, on this and the other side of the border. Over the years of its history the Cinema Teatro continuously presents shows of various genres: films and operas, operettas and classical music concerts; and again: dances, end-of the year balls and for Carnival, fashion shows and sports encounters, lectures and congresses; soon becoming the throbbing heart of the Town.

After careful restoration, with the reopening and re-launching of the hall in autumn 2001, the dream becomes a magnificent reality again.

From Vitruvio to Basilico, even today the theatre encloses an extraordinary potentiality: that of being a kind of (lay) religion of our day. Religion: in the sense of a bond which unites and establishes a community.

From prose to music, from dance to the cinema, the numerous international initiatives of the Cinema Teatro in the groove of its history have relit the enthusiasm of the public in these years, signalling Chiasso (and the Mendrisiotto) as an innovative centre of cultural projects, especially in the field of theatre Arts.

Such activities are integrated in the creation of the new artistic and cultural pole, which includes the m.a.x. museum and the new Spazio Officina as well as the Theatre; overall, therefore, the new Pole of Chiasso constitutes a big laboratory of languages, a melting pot of beauty, a place of aesthetic education (and training) that cannot be renounced.