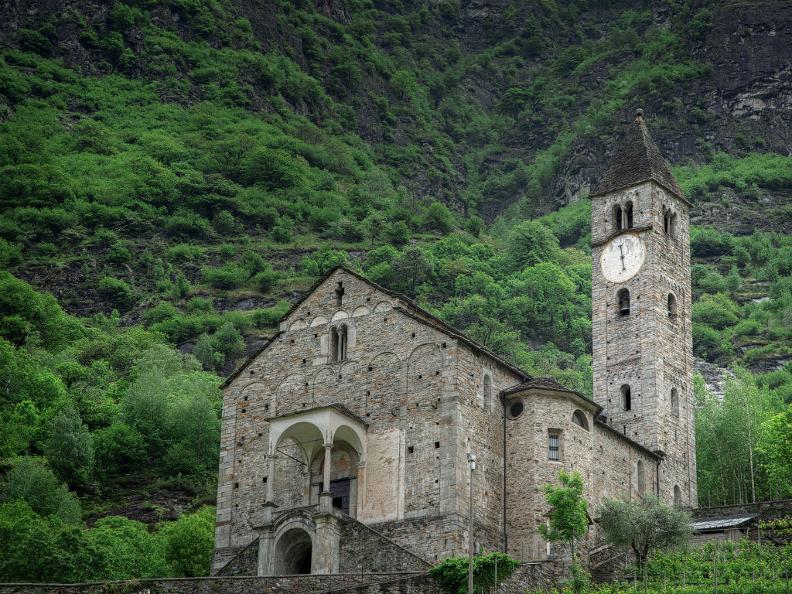 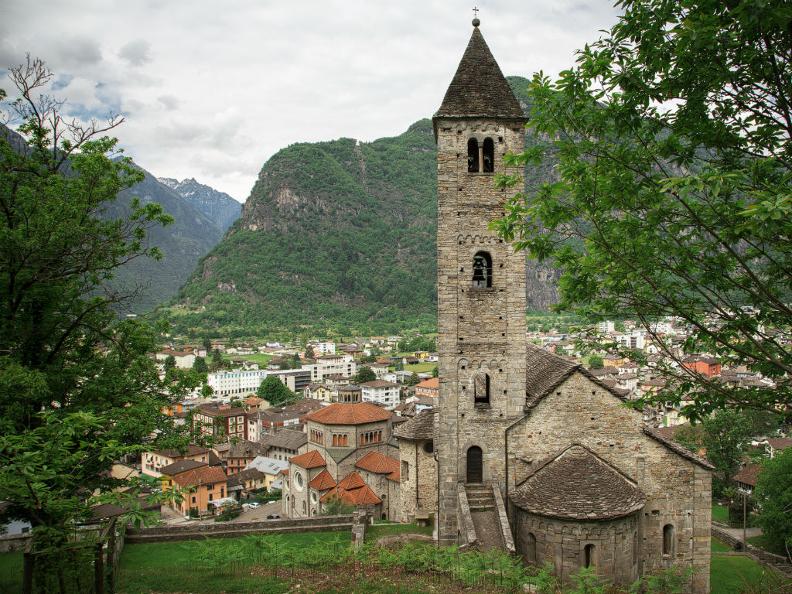 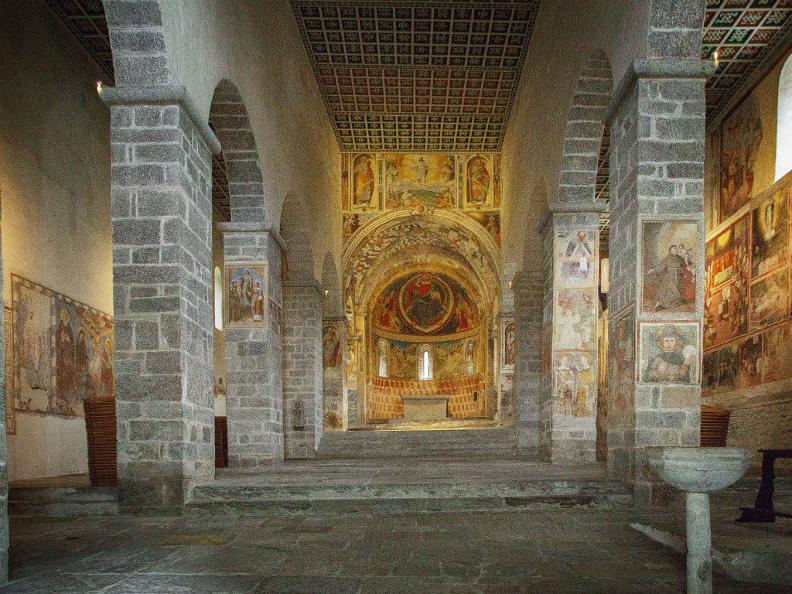 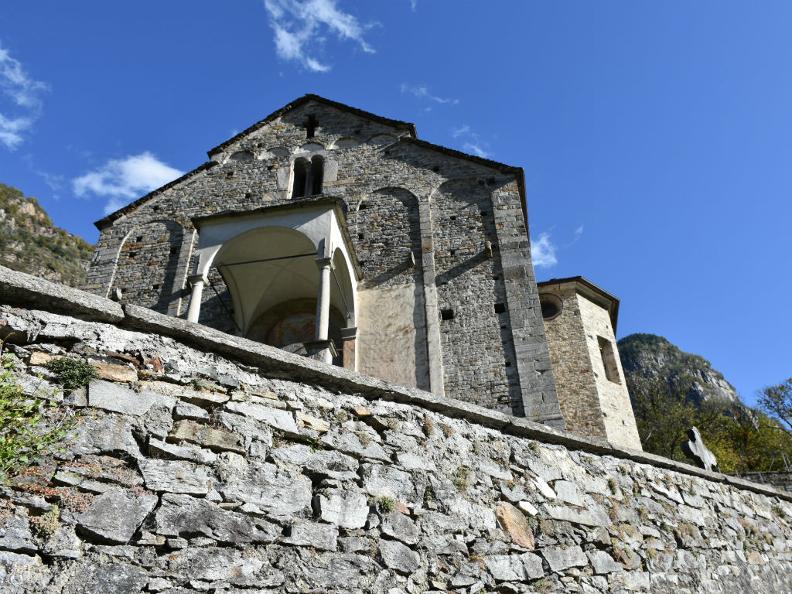 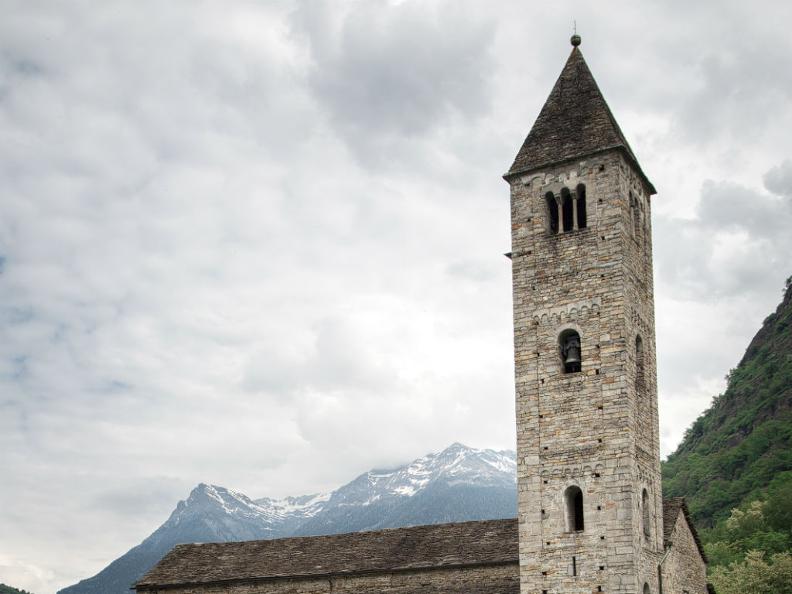 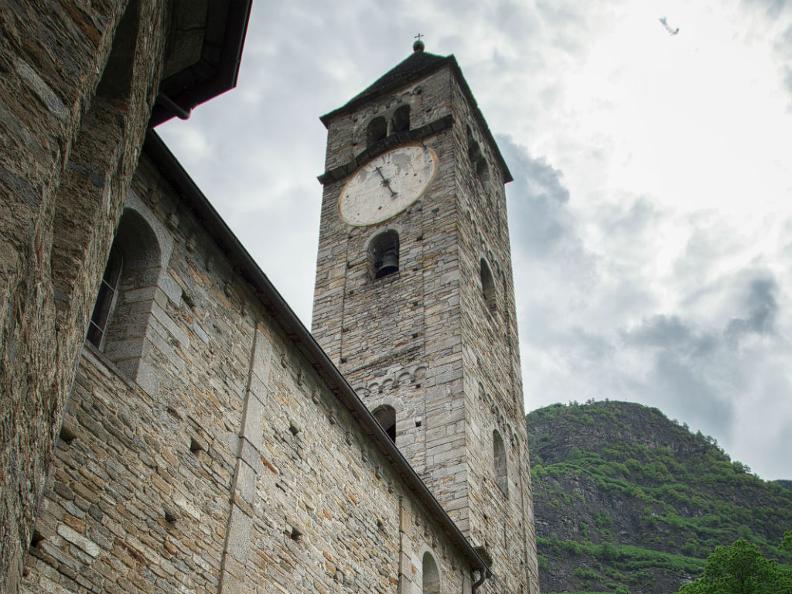 The church has a dominant position in the village. The church is of Romanesque origin (XII and XIII).

Clerics of "Aviasca" are mentioned in a code of Pfäfers Abbey around 830. The existence of the chapter and a provost is documented in the 12th century. Today's church dates back to 1171.
It was probably founded as a baptismal church as early as the 9th century and was rebuilt as a three-aisled church between the 12th and 13th centuries.

The most substantial transformations carried out in the Baroque period (1663), such as the raising of the stone floor, the steps leading to the choir and the construction of the vault on the main nave, even though they changed the basilica floor plan to a Latin cross plan, nevertheless show a precise and coherent intent. A subsequent modification led to the construction of the prothyrum on the façade.

Between 1955-1967, the architect Alberto Camenzind restored the building to Romanesque forms, thus suppressing the ossuary and the sacristy to the north.
The various changes did not, however, compromise (also thanks to the aforementioned restorations) its stylistic uniformity.

The three naves with six bays are marked by pairs of pillars; the fourth pair, suppressed in the 17th century, was rebuilt during the restoration. Bas-reliefs from various periods are set along the walls. Frescoes from different periods adorn the interior walls: the oldest are those on the left arch of the choir (13th and 14th century), while those in the apse and choir (the Doctors of the church, scenes from the life of St. Peter, the cherubiment-headed pilasters, the bundles of fruit, the chessboards) are probably from the middle of the 17th century. From the same period are the scenes from the life of St. Charles Borromeo, above the side door on the right wall, attributed to Alessandro Gorla.

Near the entrance, on the right, there is the chapel of the Rosary built in 1600 by Cav. G. B. Pellanda.

Particularly suggestive is the overall view of frescoes and decorations with a meaning proposed as an allegorical representation of the various moments of man's life.

From the church starts a Via Crucis, restored in the years 1991-97, which leads to the oratory of S. Petronilla.