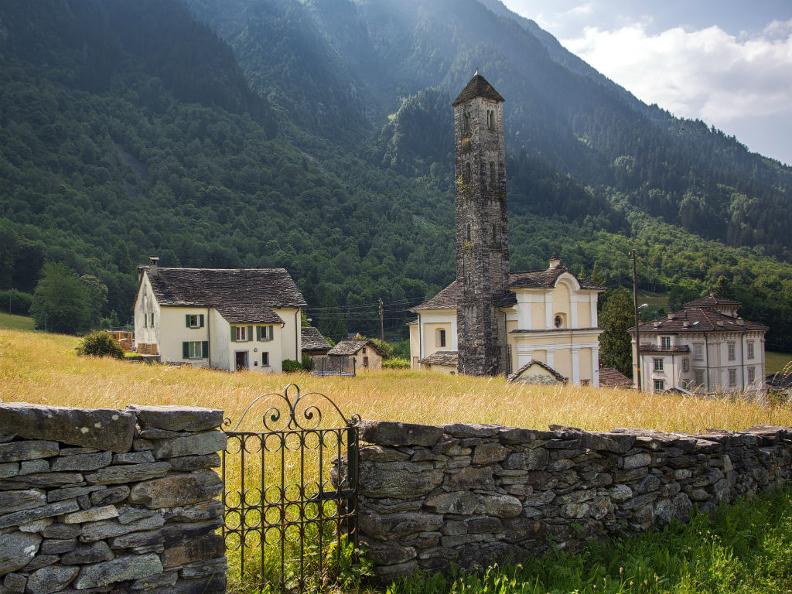 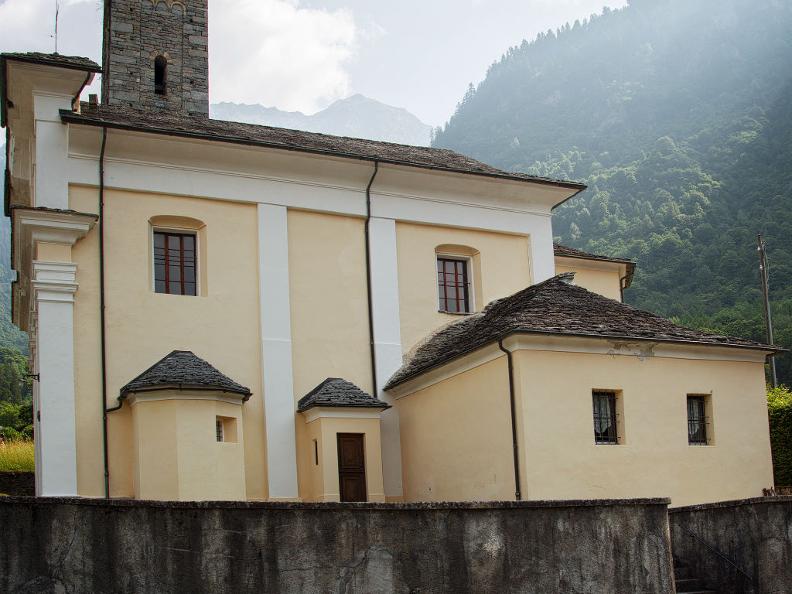 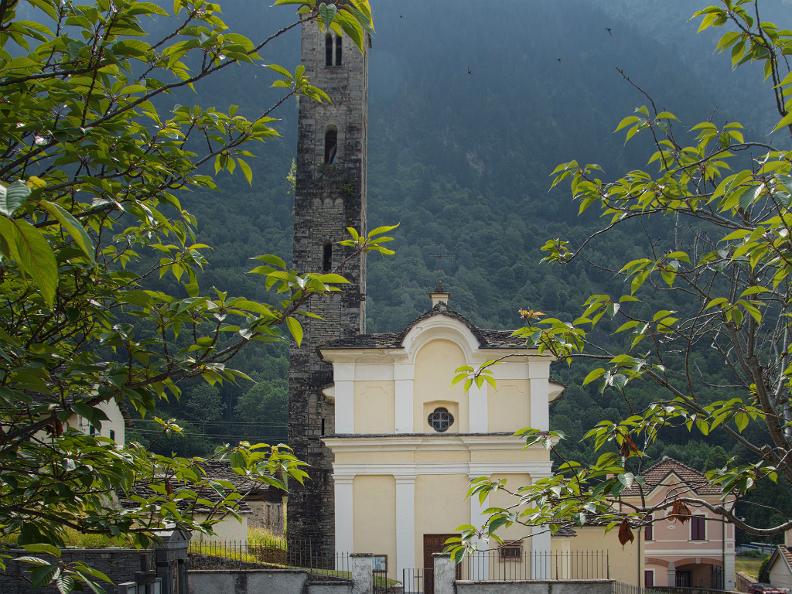 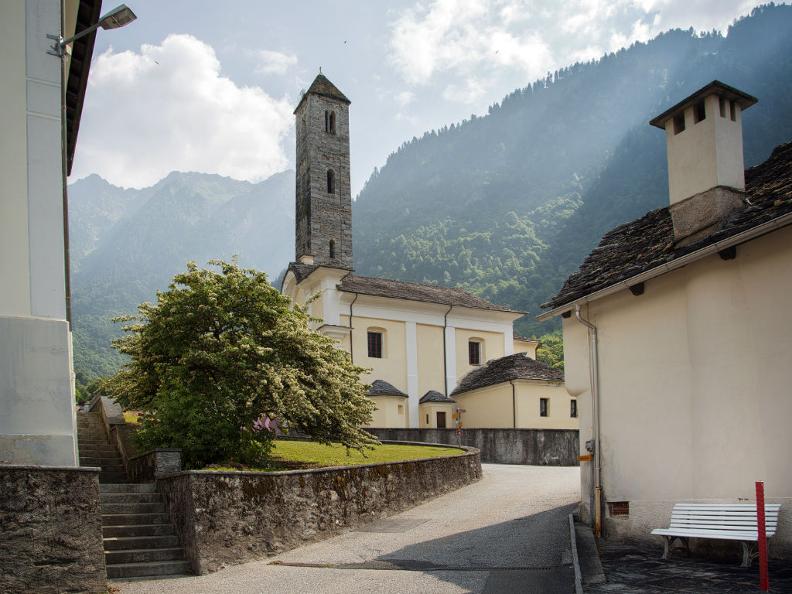 The ancient church of Santo Stefano (12th century) was rebuilt in 1732 after a fire. It still preserves some parts of the primitive construction to the north, where next to the side door there are fragments of 15th century frescoes (inventory of art and antiquities 1st "the three upper valleys" edited by Piero Bianconi, Grassi publisher Bellinzona 1948).

The Romanesque bell tower is the slimmest and most slender in Canton Ticino with its 5 shelves clearly divided by a serrated frieze (Arte in val di Blenio, Piero Bianconi 1944). It is a 12th century bell tower. If we observe it well, in the south corner emerges a sculpture, ruined by time, inserted during the construction: A water drain that looks like a gargoyle, animalistic and fantastic figure (article on the Region of 20.08.2012).

Inside we find a statue of the Madonna, canvas with the Deposition (17th century), plates of the Annunciation (16th century), paintings by Emilio Ferrazzini from 1937, a tear of a votive fresco with the Madonna and Child from the Peduzzi house and various works from the 17th and 18th centuries. A hundred metres away is Casa Baltera, where on the façade stands out the Madonna del latte, dated 1495.