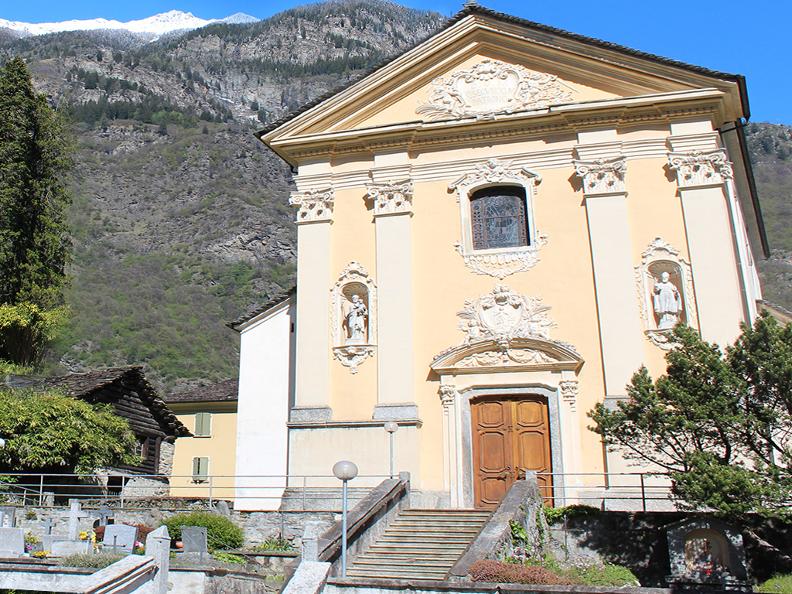 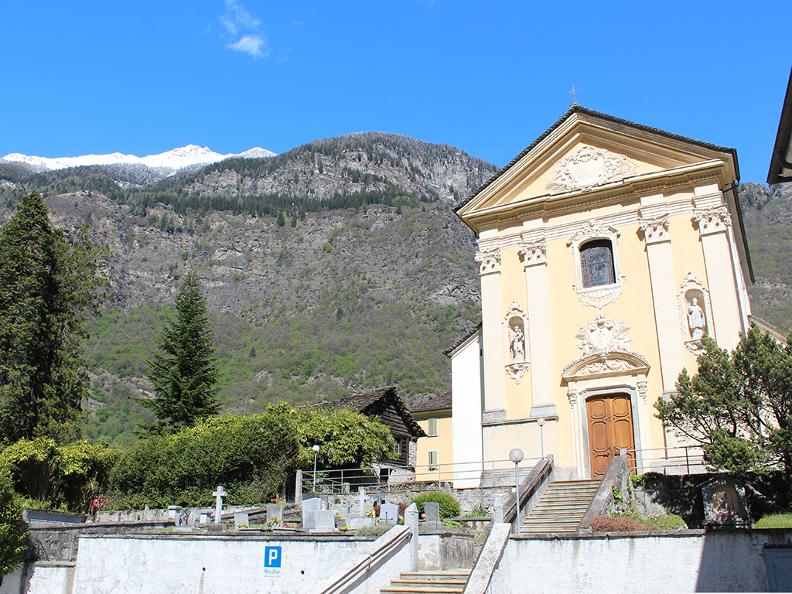 Already mentioned in 1293, the church of San Secondo is an imposing baroque building built in the 18th century (1780), which is accessed by a staircase. The Romanesque bell tower has been completely renovated. On the neoclassical facade and decorated with stuccoes two niches with modern statues of St. Peter and St. Second.
Inside the only nave Corinthian pillars support a cornice on which rests the barrel vault.

In the chapels and choir copious stucco decorations of excellent workmanship, the paintings were made by Lorenzo Peretti di Buttogno (Val Vigezzo): in the choir scenes from the life of the patron, in the side chapels Baptism of Christ and numerous figures of saints. The high altar dates back to the 19th century. In the niche to the right of the entrance, the wooden group with the Madonna dates back to the 17th century.
In the treasure of the church, two processional crosses from the 16th-17th centuries.