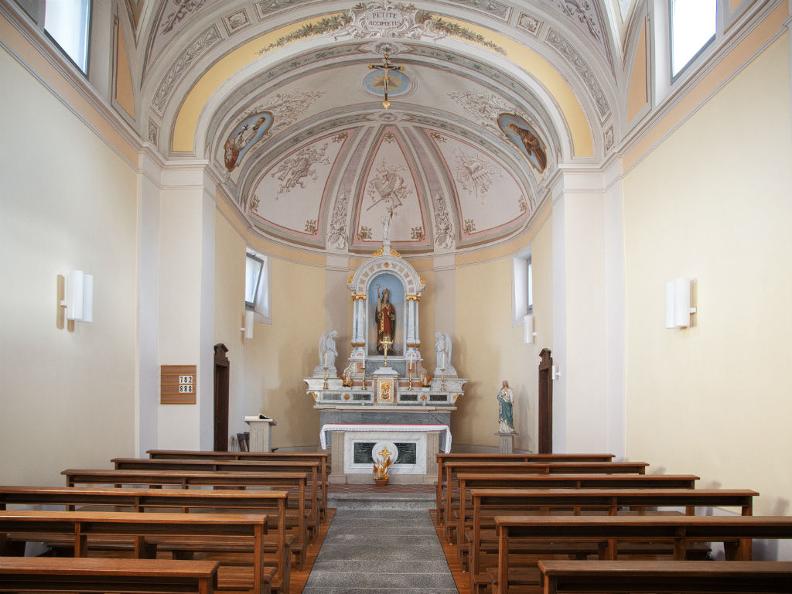 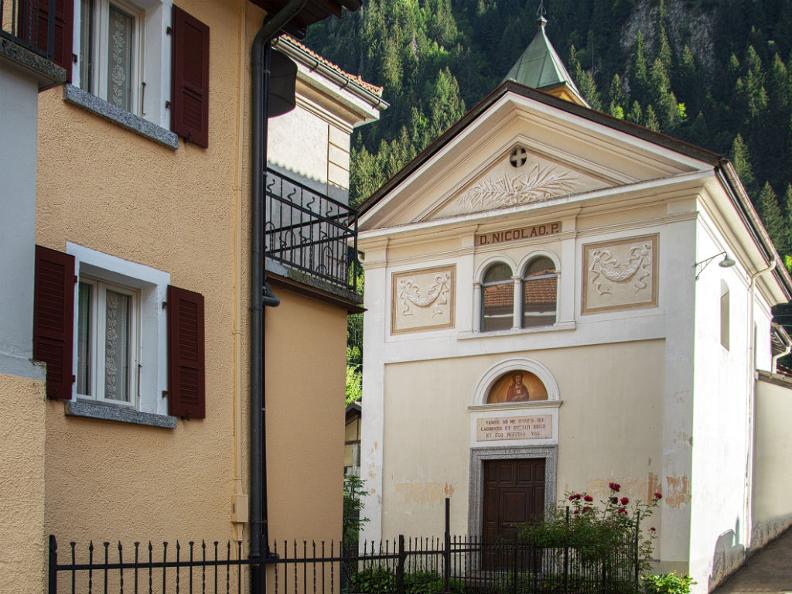 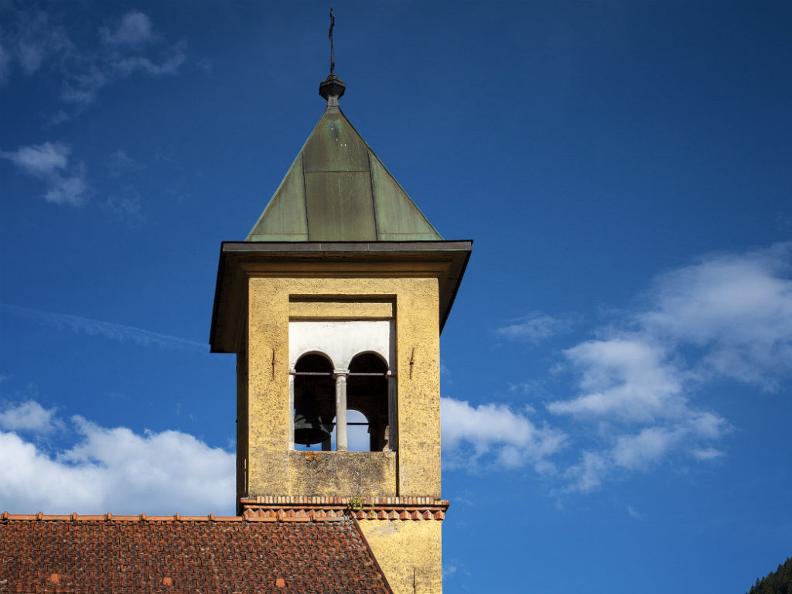 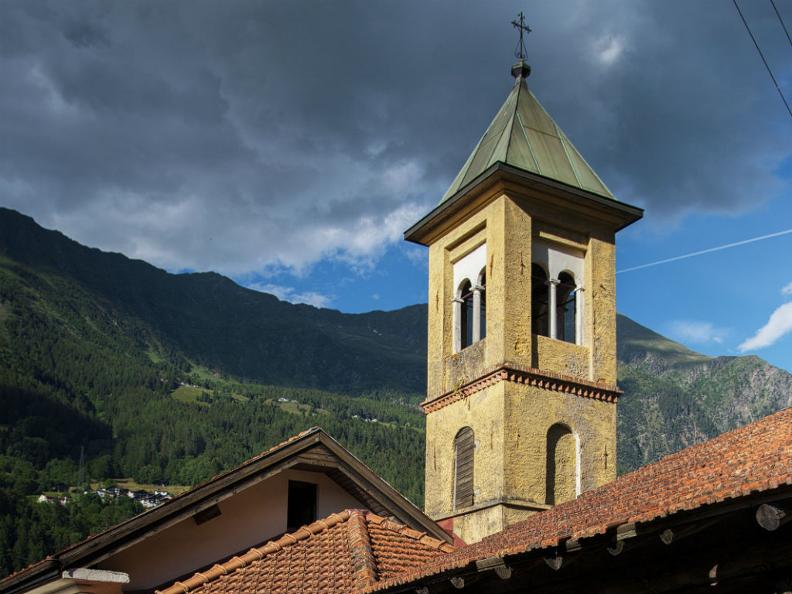 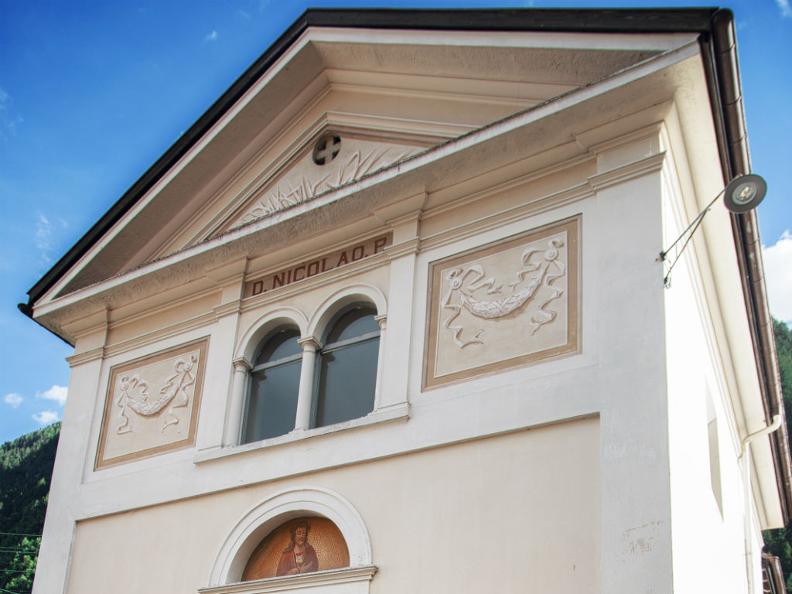 Construction attested since the 17th century, modified in 1838 and 1862, barrel vaulted and completed by a semicircular choir. The altar contains a statue of the patron saint, beginning 16. Pictorial decoration dating back to the end of the 19th century, beginning of the 20th century. Sec. "Bianconi and Janner in their book ("L'arte in Leventina, Bellinzona: Istituto Editoriale Ticinese, 1939, p. 89) think that the author of the statue of St. Nicholas is the same sculptor who also worked in Quinto, Deggio, Ronco and Altanca.

They write: "The nobility of the attitude and the finesse of the expression seem to indicate a Gothic model, but the drapery and the more conventional and sketchy details indicate a later period". The authors believe it could be a local carver.