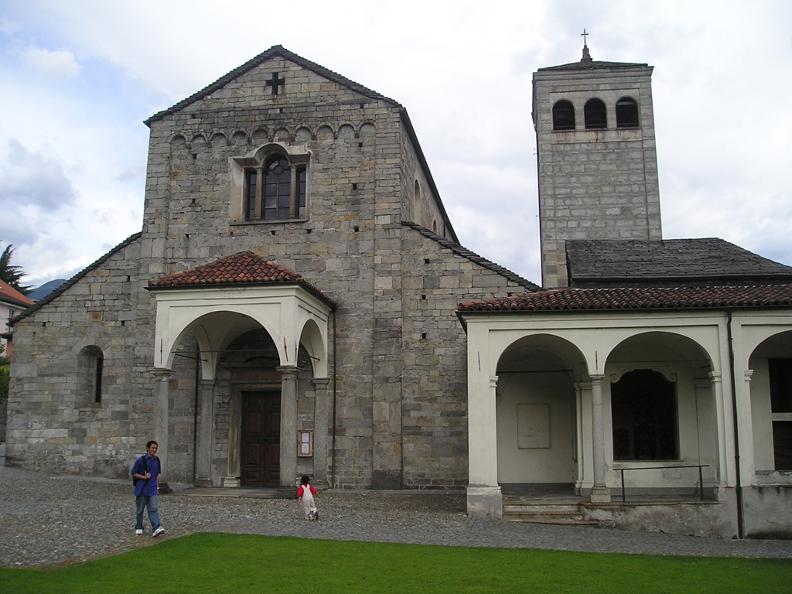 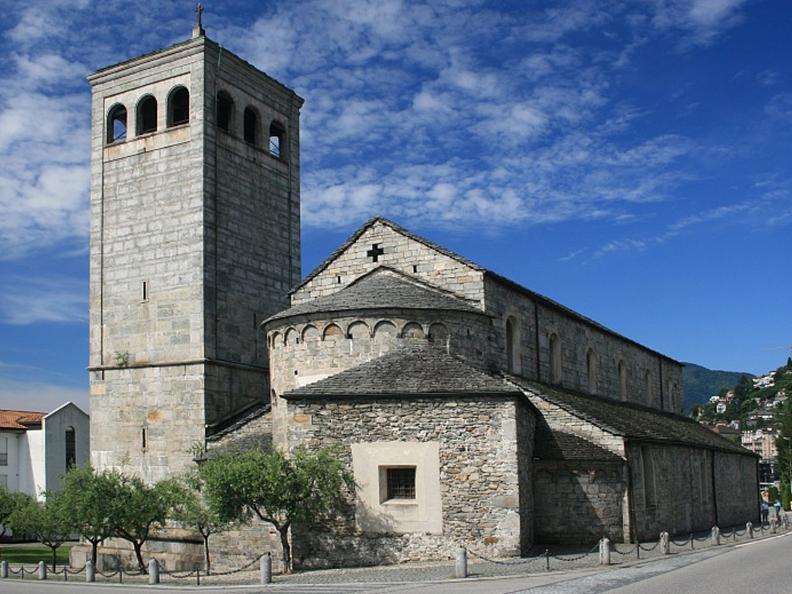 The origins of the Church of St. Victor date back to the 9th-10th centuries; the current building dates back to the 11th-12th centuries and, despite later alterations, retains the solemn Romanesque structure intact.
Numerous additions were made in later periods: the bell tower, a porch for baptismal services in front of the church entrance, the sacristy to the east, a five-arched corner porch enclosing the old ossuary and behind it the small building known as the 'Oratory of the Confraternity of the Sacrament'. On the outside, the parts that most show the Romanesque imprint and are also the most intact are the imposing single-cusped granite façade and the left apsidal sector formed of carefully squared ashlars. On the southern side, the 16th-century style bell tower bears a bas-relief of St Vittore on horseback and an inscription in honour of Franchino Rusca by Martino Benzoni (1460). The relief was placed here following the demolition of the main tower of the Visconti castle in Locarno (1531).
Internally, the church consists of three naves separated by five pairs of pillars and a main apse with adjoining apsidioles; a flight of steps provides access to the presbytery and choir, which were renovated and raised in 1859. Major restoration works, which began a few years ago, have returned the church structure to its primitive appearance, while those concerning the frescoes are still in progress. Under the presbytery is the crypt, a valuable and interesting example of a Romanesque monument: it has three naves with columns with capitals of different materials and shapes. There are 22 capitals and, as none is the same as another, they offer a true typological sample of Lombard art of the time, both in terms of fantasy and workmanship: geometric decorations, floral interlacing, animals, praying figures.

Opening hours: daily from 07am to 6pm