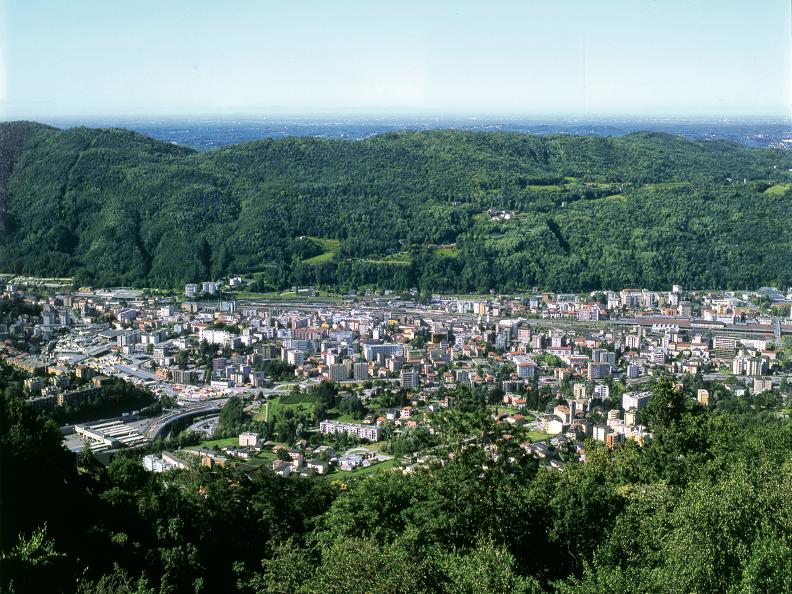 The history of the municipality of Chiasso is inextricably linked to its geographical position on Switzerland’s southernmost border. The first mention of the town dates back to an official document from 1146 (“Claso”, then “Clasio Tabernarium” due to the number of eating and drinking establishments present) when it was still part of the holdings of the Bishop of Como and was administered by members of the Albrici family. In 1416 Chiasso was integrated into the holdings of the parish of Balerna and assigned to the Rusca family. An important transit route and renowned in the 15th century for its horse show, the frontier village – which was smaller than the other inhabited areas of Mendrisio at the time – was definitively annexed to Swiss territory in 1510 during the wars which saw the confederated troops clash with those of the Sforzas of Milan.

A big turn in Chiasso’s fortunes came in the 19th century with the establishment of the first factories for the processing of silk and tobacco, and with the arrival of the railway. The Lugano line was inaugurated in 1874. The Como line was laid two years later, subsequently requiring the creation of an international train station (1932) and a tax-free area (in operation since 1925), both of which became increasingly important after the completion of the Saint Gotthard tunnel.

In the second half of the 20th century, the growth of the services sector played a key role in transforming Chiasso into the second-largest economic centre of Canton Ticino, which led to a marked increase in its population. This process is still under way today along with the social transformation that accompanies a networked economy. In the final decade of the 20th century, Chiasso distinguished itself through its strong focus on culture, its promotion of various events, and the creation of the Chiasso Cultural Center, a complex developed around the historic Cinema Teatro building.