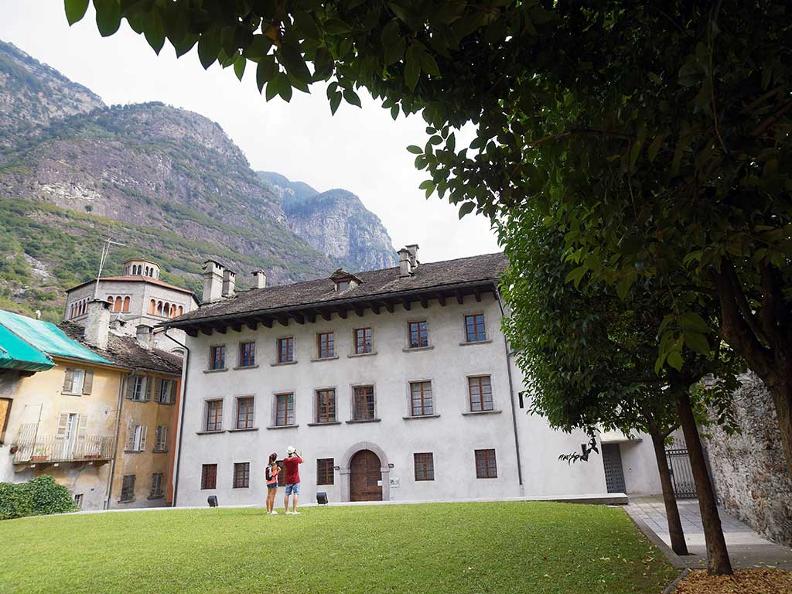 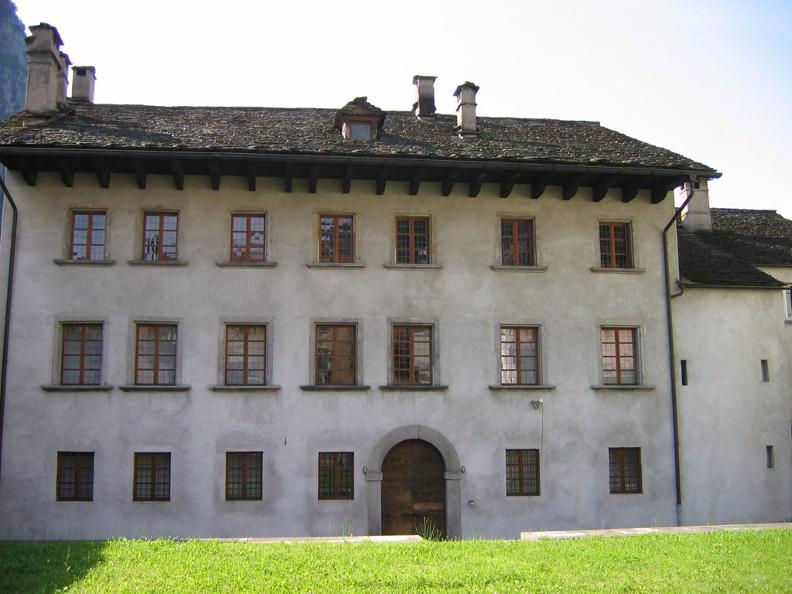 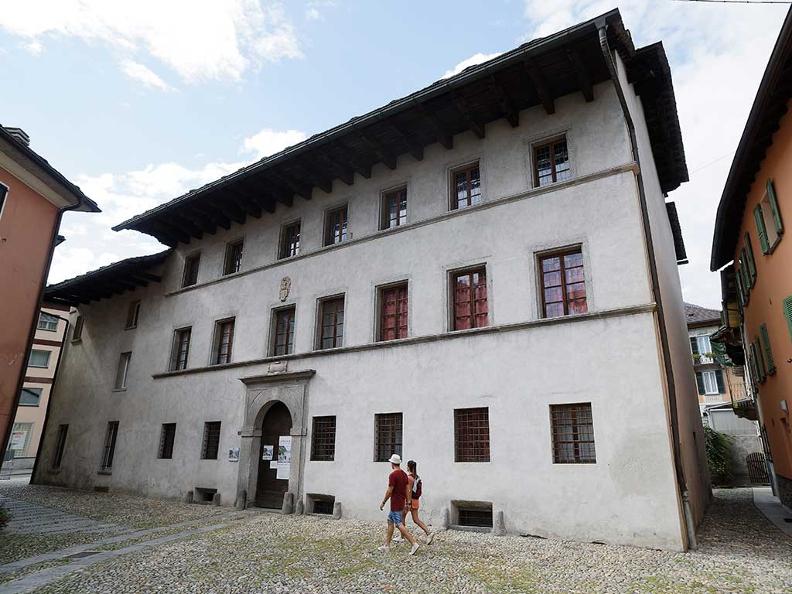 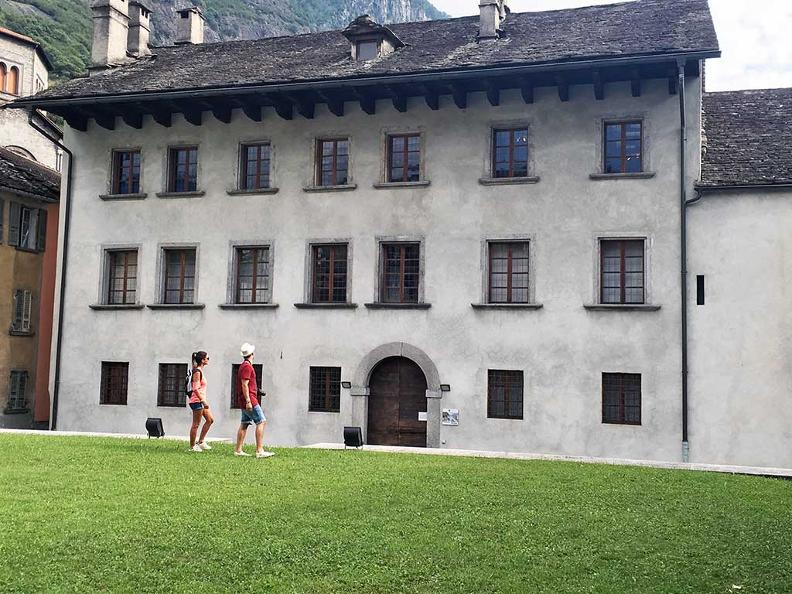 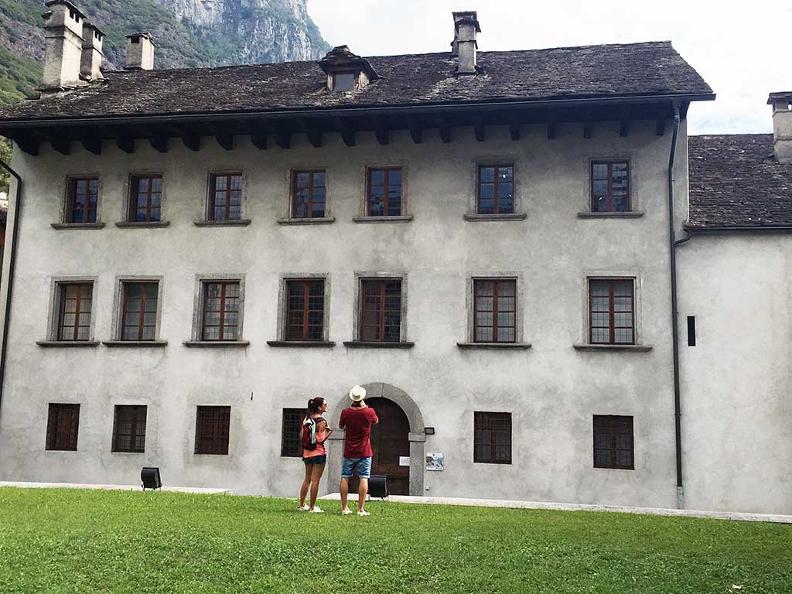 The Casa Cavalier Pellanda Rising in Biasca is a magnificent construction dating back to the 16th century. Giovan Battista Pellanda (1541-1615) is the most notable figure from Biasca’s history. The distinguished Cavaliere played an important part in the economic and political life of the area, as evidenced by his luxurious home. With a spacious veranda and a large walled garden with a crenellated wall on the north side, Casa Cavalier Pellanda is still included today in what might be described as a heritage trail of notable interest.

The facade, characterised by stone framed windows, the cornice placed between floors and the impressive wooden eaves, contribute to an impression of majesty yet at the same time simplicity of proportions. The large gates lead to a vast entrance hall and to rooms with an atmosphere of refinement and elegance. The ground floor has vaulted ceilings, whereas the upper levels are coffered. The house is also characterised by an indoor well, cellars with a fascinating interplay of stone vaulting and both wooden and stone staircases. The restored ceremonial hall is of particular interest, which has previously received noteworthy guests such as Cardinal Federico Borromeo and the Archduke of Austria.

Only open for temporary exhibitions.