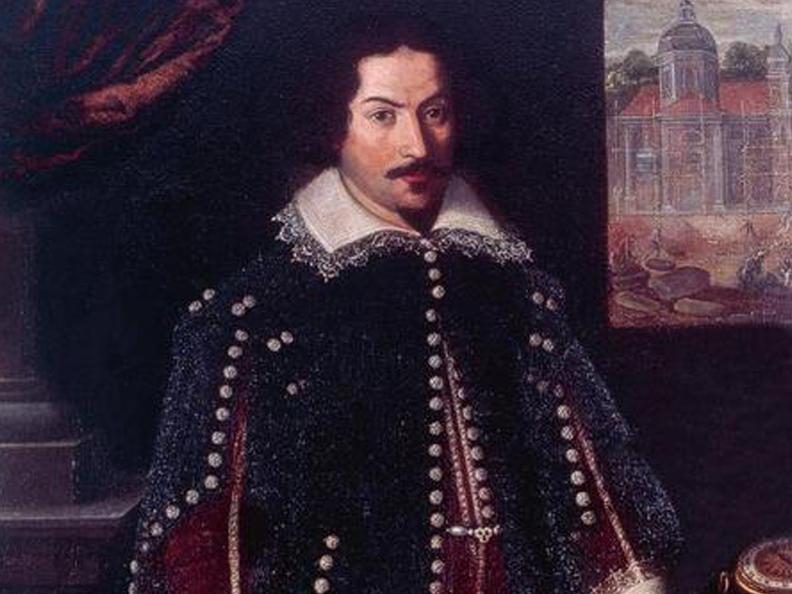 Carlo Maderno (1556- 1629), born in Capolago, left his native village in his early twenties to move to Rome to work with his uncle Domenico Fontana of Melide.

At first a plasterer and stonemason, then an engineer and architect. Initially, he worked with them on the construction of the obelisks in the Vatican, Santa Maria Maggiore, San Giovanni in Laterano and Piazza del Popolo. From 1591 he participated in the erection of the Vatican Palace.

From 1597 to 1603 he devoted himself to one of his greatest works: the façade of the church of Santa Susanna where Maderno initiated the Baroque style.

His fame is mainly due to the construction of the façade and nave of St. Peter's Basilica commissioned by Pope Paul V, who wanted a larger and especially longer basilica, i.e. from a 'Greek cross' to a 'Latin cross', so Maderno set about rejecting the plans of Michelangelo and Bramante to obey the pontiff. He also built the 'Confession' in the centre of the church, under the dome with the double staircase leading to the Apostle's tomb.

After the construction of the 'façade', Maderno became the most celebrated artist in Rome and was appointed 'Architetto Pontificio' and 'Cavaliere dello Speron d’oro'.

His merits, however, also touched on civil architecture: the Mattei and Barberini palaces, the papal palace at Castel Gandolfo and the Quirinal palace, and hydraulic engineering from 1610 to 1629 he held the position of 'Architect of the Tiber'.

He died in Rome in January 1629 and is buried in the church of San Giovanni dei Fiorentini.

In 1956, the municipality of Capolago dedicated a plaque to Carlo Maderno on the occasion of the 400th anniversary of the birth "of the illustrious son for whom the name of the village and of the homeland resound throughout the world" and in which it reads: