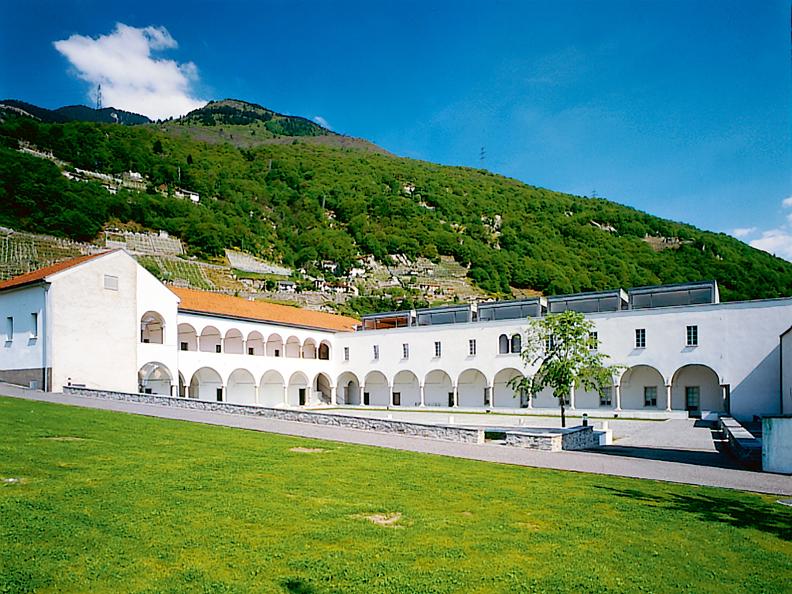 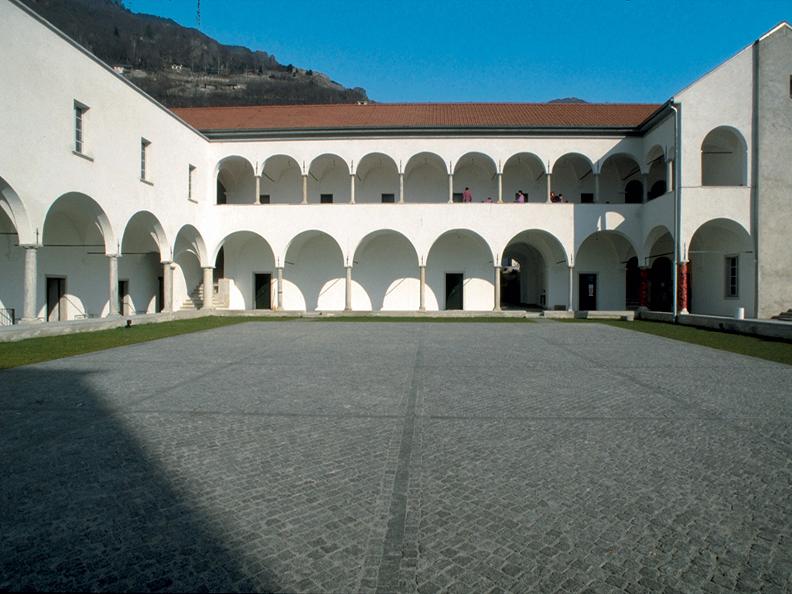 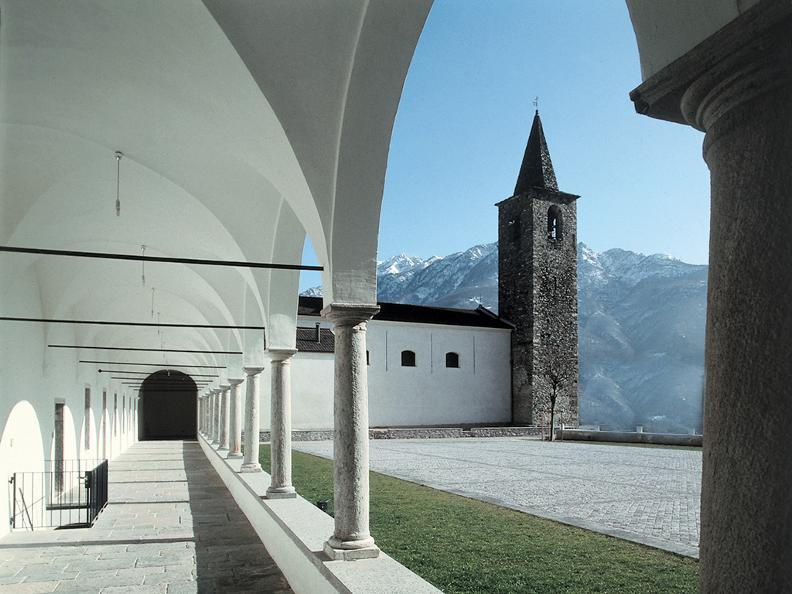 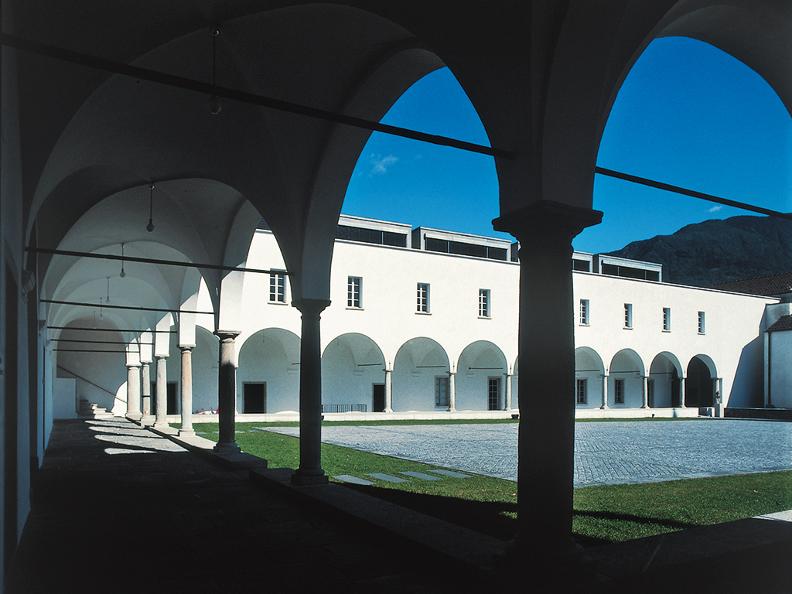 The foundation of the monastery and its associated church dates back to the year 1450. However, the mid-19th century saw the monastery closed and left to decay. It was only in the eighties of the 20th century that the monastery was shaken awake through a total renovation – and brought back to life at the village center under the supervision of the eminent Swiss architect Luigi Snozzi.

Instead of the original idea of decentralization, Snozzi’s project viewed added value to the historic village core. The former monastery therefore developed into a modern community center for diverse public and religious institutions - and a pioneering example of planning in public space. In 1993 the project was thus awarded the Wakker Prize, along with further recognition through the «1993 Prince of Wales» award. Today, individual rooms of the monastery can be rented for seminars.

Also worth a visit: the church of San Bernardo, higher above, with remarkable frescoes from the 15th to 17th centuries. The key to the church is obtainable from valley station of the cable car station to Mornera.