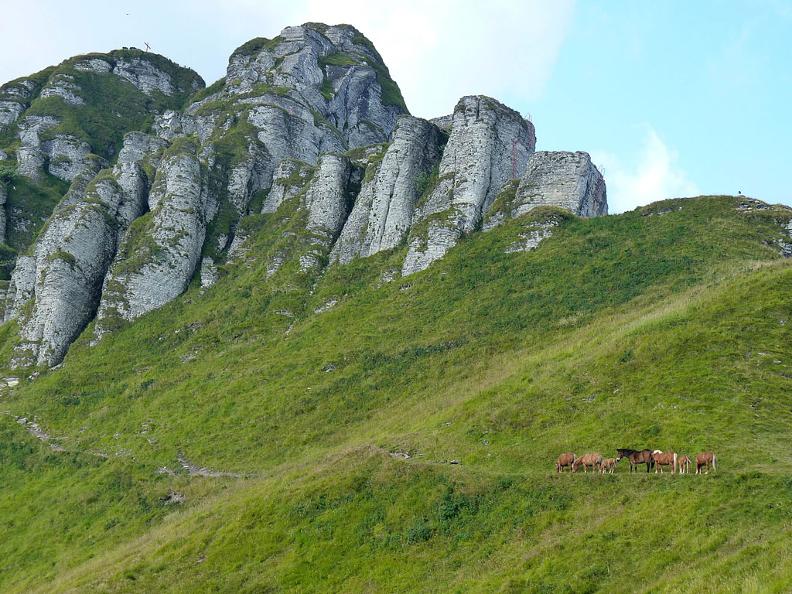 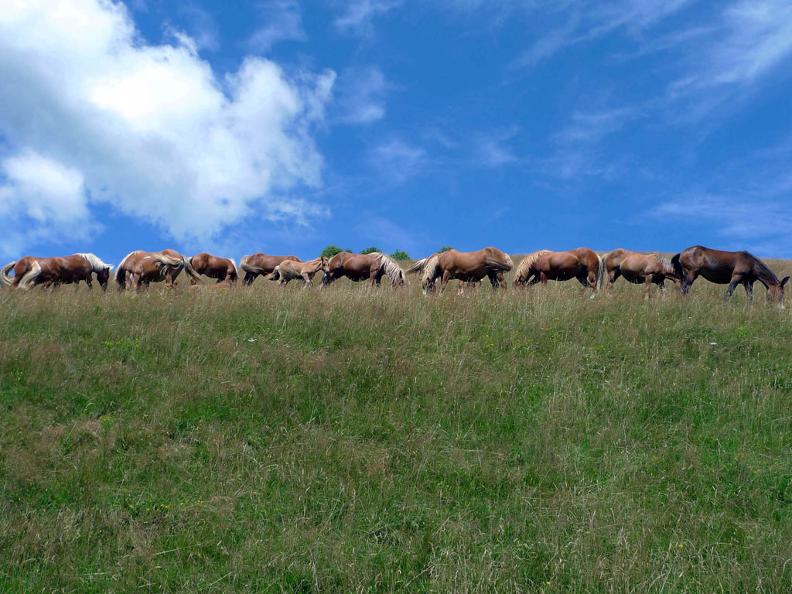 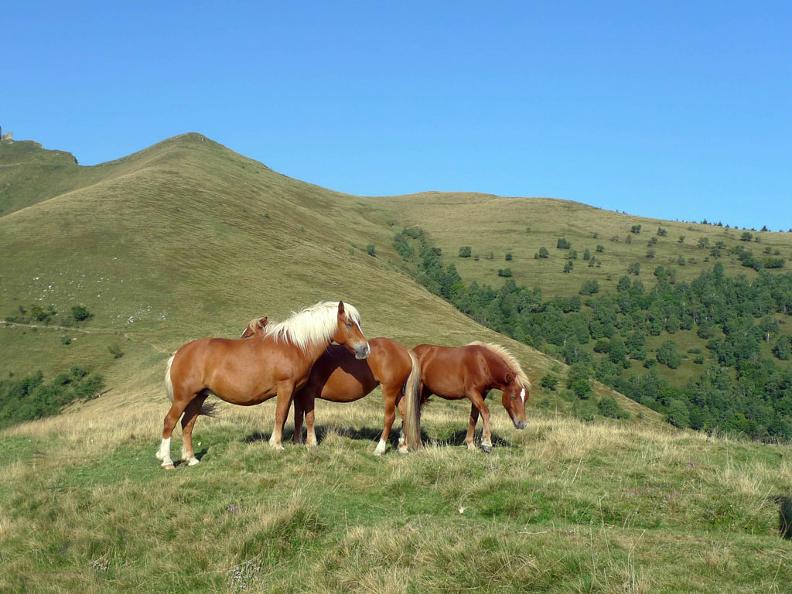 The wild horses of Monte Bisbino

In the severe winter of 2008-2009, when the mountains were covered with over a meter of snow, two groups of Haflinger horses descended into the villages of Sagno (Switzerland) and Rovenna (Italy) in a desperate search for food. Their owner, who had a pasture on top of the Bisbino, had died several years before and the horses had survived on the mountain, braving all kinds of difficulties.

The descent to the villages caused many complaints and there was the looming risk that the beautiful animals would be taken into captivity, or even killed. They were tame animals and certainly did not constitute a risk for the population. Numerous associations and sensitive Swiss and Italian citizens then joined forces to save the horses and find practical solutions to guarantee their survival and avoid conflicts in the villages.

Also the famous ethologist Giorgio Celli defended the Haflinger horses, arguing that these herds were an asset of the mountains of Como and Ticino. During 2009 the movements of the horses were observed, in order to protect them from being attacked by people who did everything possible to keep them out of their pastures and meadows. In winter 2009 they were gathered and kept in a large enclosure just below Bisbino, and in May 2010 they were moved to the Italian side of Monte Generoso, where there are vast and plentiful pastures. This was the first famous transhumance, which brought hundreds of Swiss and Italian volunteers together, driven by the desire to save these wonderful animals. Since then the 25 Bisbino horses have belonged to an association that bears their name and counts 200 members. The town of Lanzo d'Intelvi has provided a large plot of land for free, where the horses spend the winter months and where they are looked after and fed by volunteers. In the spring, the horses are taken to the high pastures and remain there until late autumn. During the summer, descending from Generoso or ascending from Orimento, you may encounter them on the pastures of ‘Squadrina’ and ‘Pescio’ or in the pine forests under the ‘Baraghetto’ or ‘Barco of Montoni’.