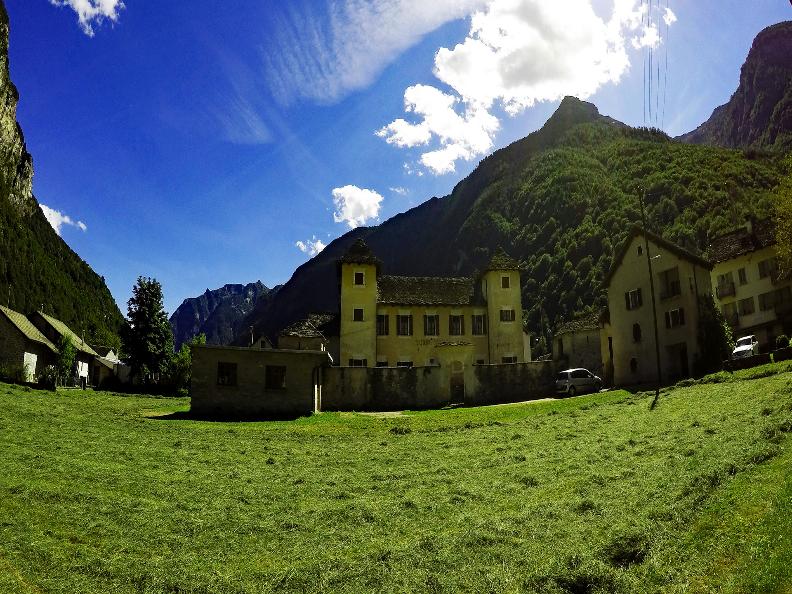 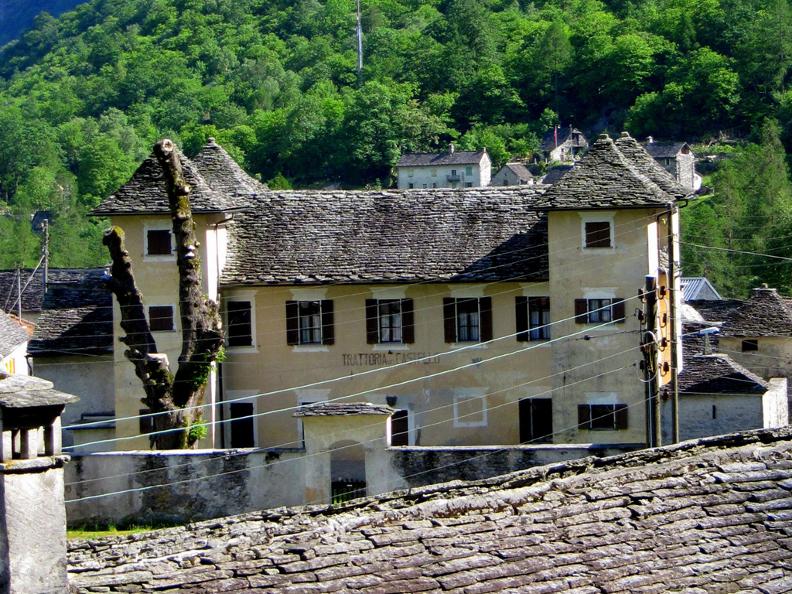 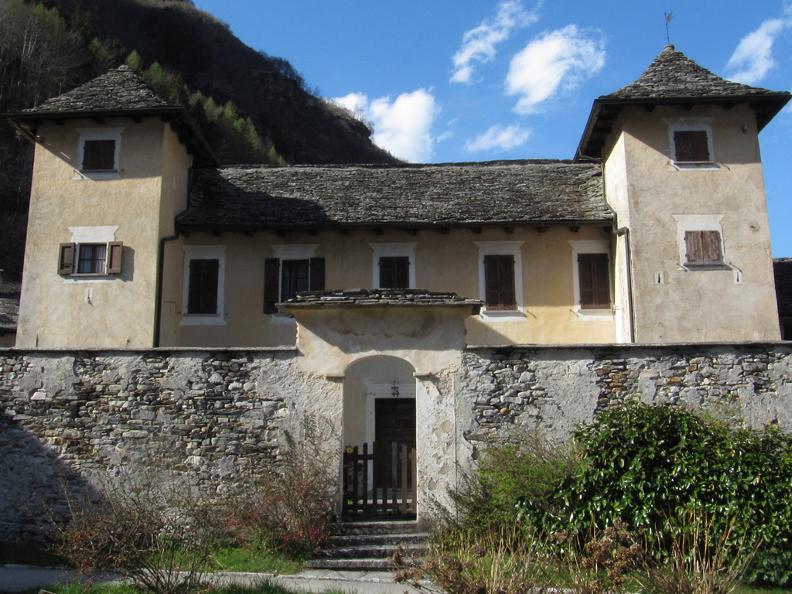 In Brione Verzasca there is a building known as the Marcacci castle, built by Giovanni Antonio Marcacci at the beginning of the 18th century. Actually, it was never a castle, but rather the home for a nobility's member, which was capable of providing temporary defence measures. It is a rather unusual building. It rises, an isolated and austere building, at the edge of the village, with a tower on each corner, surrounded by a high wall with towers of its own; these are ornamental elements rather than defence elements. The external walls show traces in the stucco of carved cornices around the windows and two sundials.