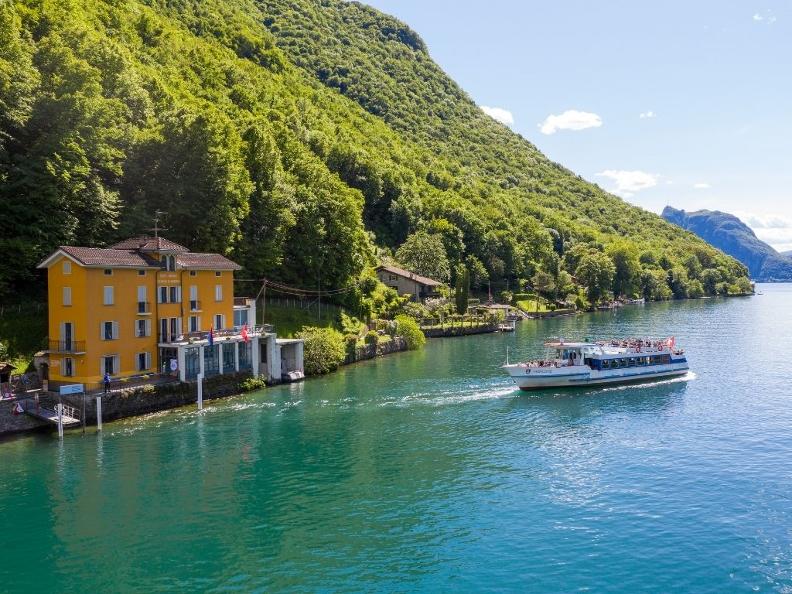 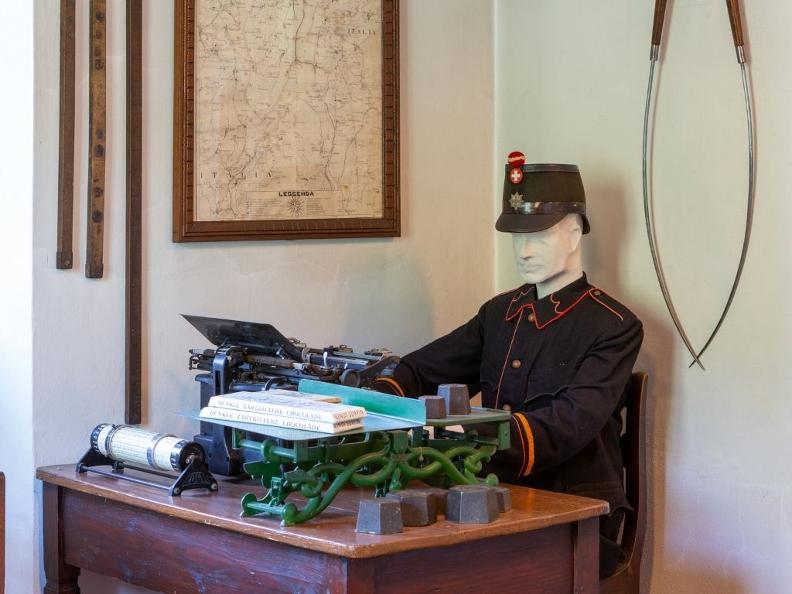 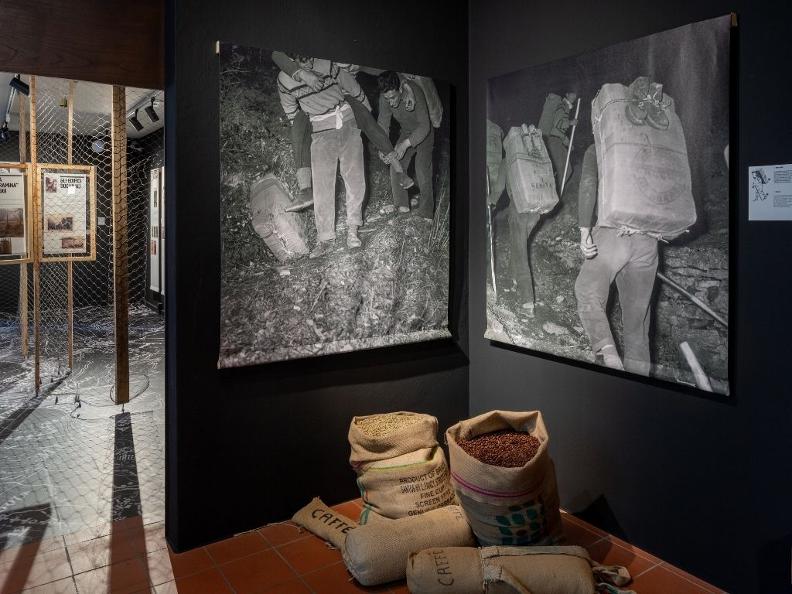 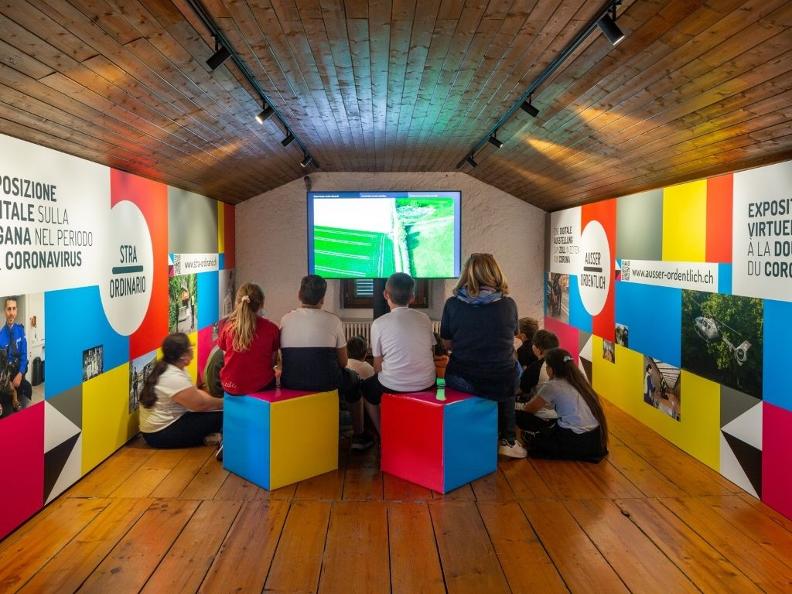 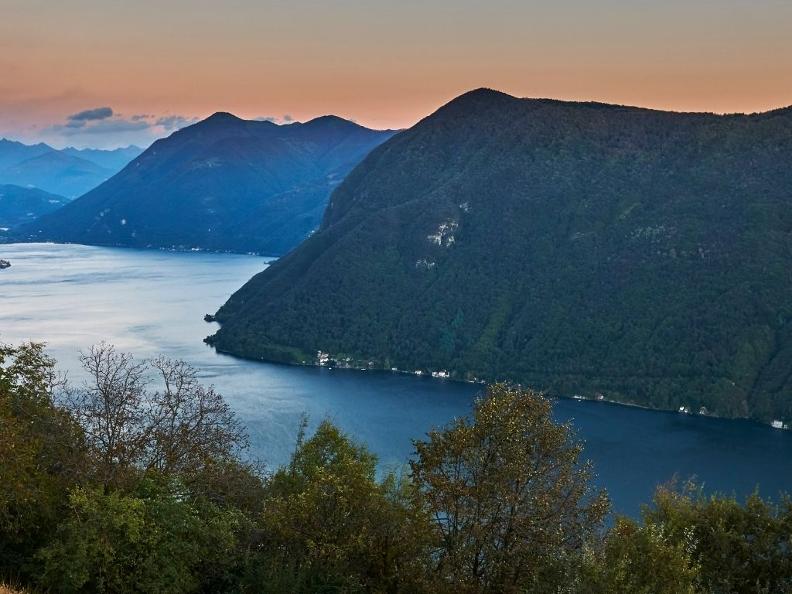 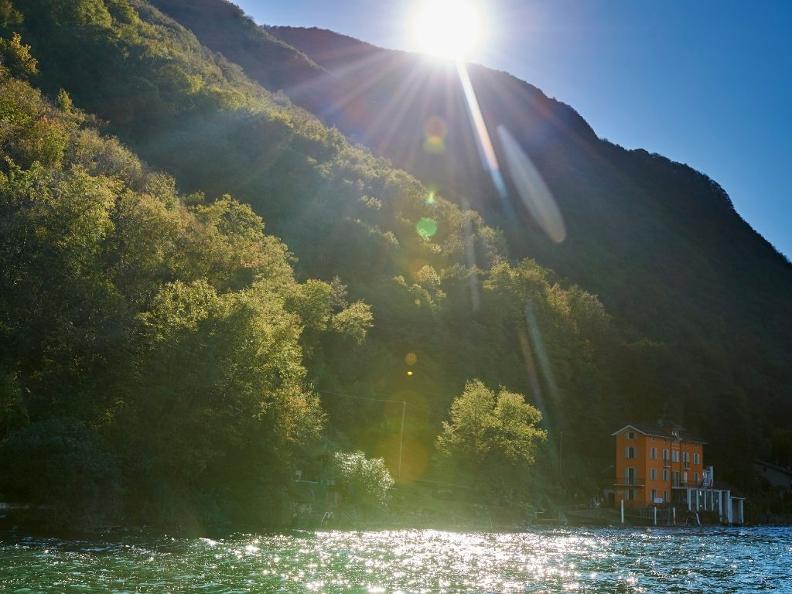 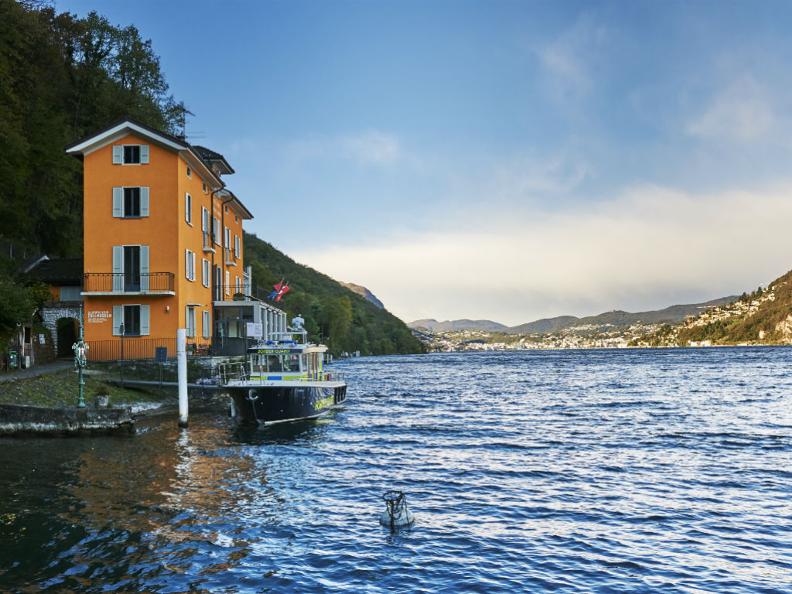 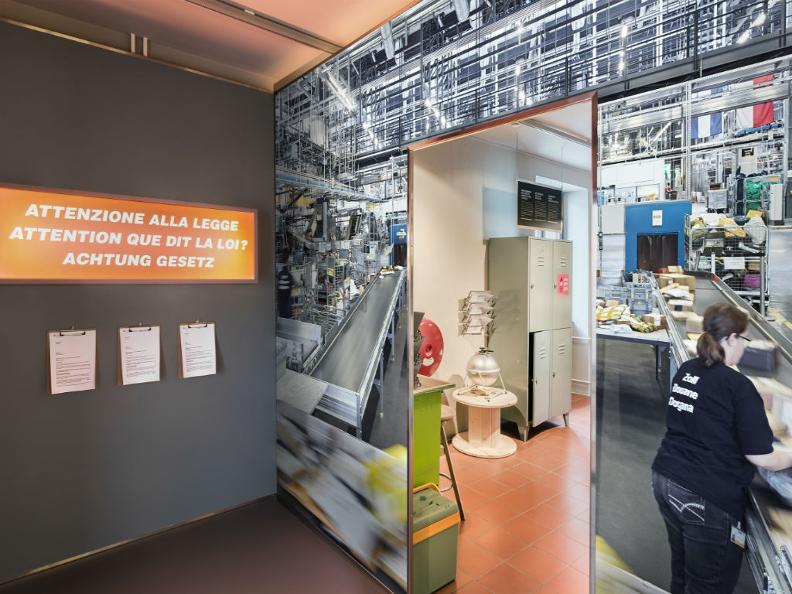 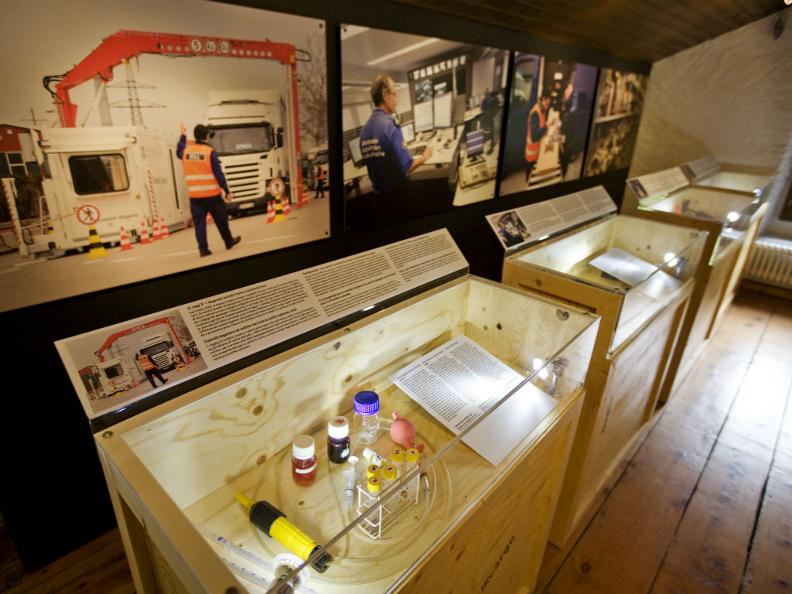 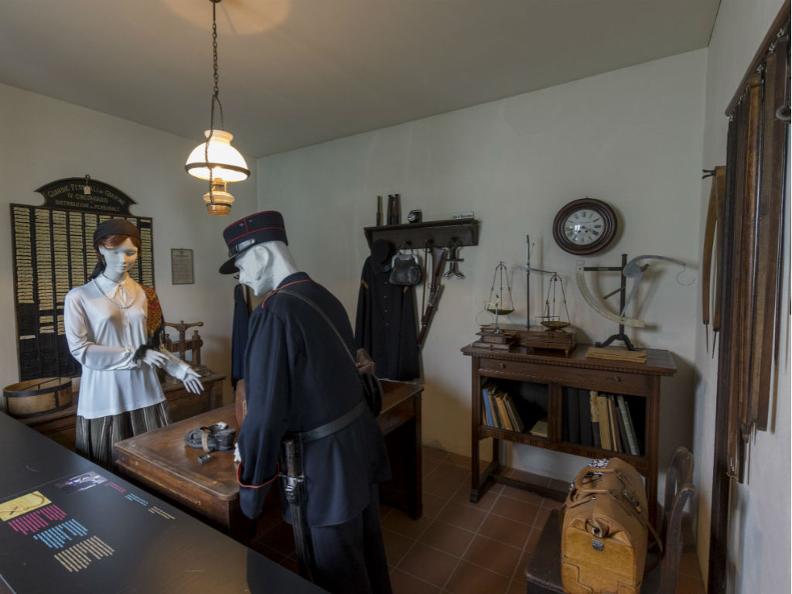 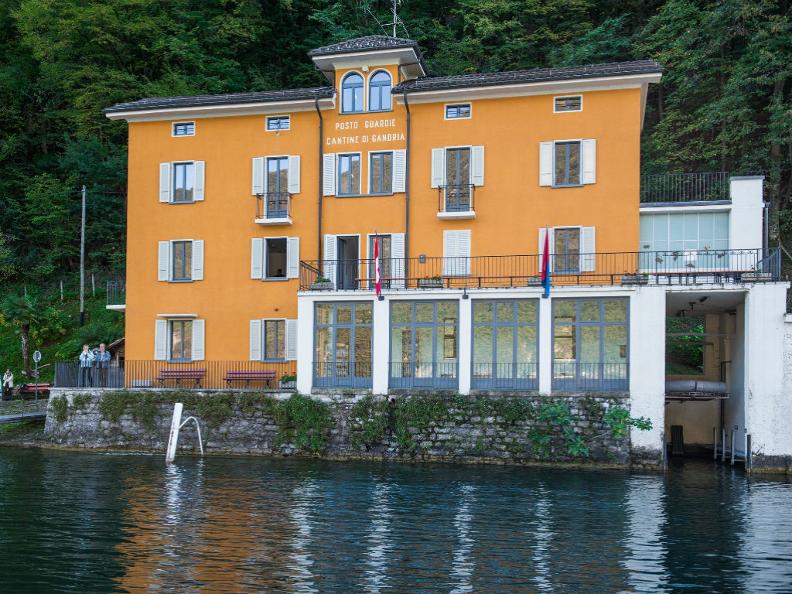 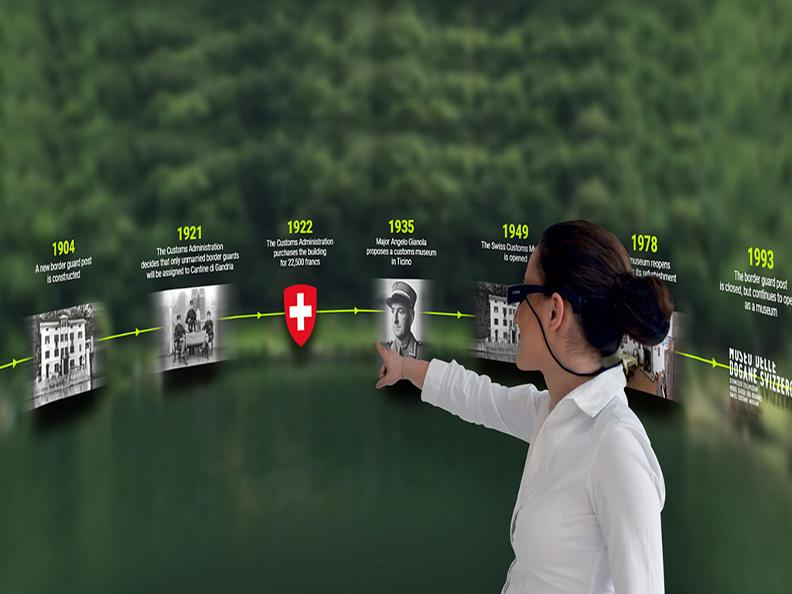 In a charming corner of Lake Lugano, a few steps from Italy, the Customs Museum illustrates past and present of the management and surveillance of the borders (fight against illegal traffics and forgery, prevention of trade in endangered species, and much more) and tells stories about a region which identity has been always defined by the border.

The upper floors are dedicated to present-day topics. Temporary exhibitions are also installed on these floors.

Smuggling has always fascinated people. Moreover, in the border regions where poverty was rampant, smuggling provided the opportunity to supplement one's meagre income for many years. The illegal transport of goods and foodstuffs such as tobacco, sugar, salt, rice, meat and alcohol via the "green" border was particularly prevalent between the canton of Ticino and Italy. Part of the exhibition in the Swiss Customs Museum, which is also referred to in the vernacular as the "Smugglers' Museum", is devoted to this fascinating topic.

The museum is to be found in an old border guard post, directly on the banks of the lake only a few metres away from the Swiss-Italian border. The museum can be reached by ferry from Lugano. A visit to the museum may be ideally combined with a walk through the picturesque surroundings or a meal in one of the nearby caves where you can enjoy the best Ticino fare. There are also picnic areas alongside the museum.

In the past, life and work for the border guards living in the building was very hard because there was no electricity or running water. The exhibition on the ground floor of the museum reconstructs the daily routine of the border guards who lead lives in Cantine di Gandria which were not without danger. A highlight of the exhibition is two smugglers' boats that the border guards retrieved from Lake Lugano after the Second World War.

Today, smuggling is a business worth billions that does immense damage to the public, the economy and the state. In addition, counterfeit medication and rotten meat, for example, harm the health of consumers and illegal weapons threaten the security of Switzerland. With their work, customs agents help protect the economy and stand up for the security and health of citizens.

In the Customs Museum, you will discover what resources are at the disposal of customs agents and border guards today to combat cross-border crime, smuggling and product piracy. The permanent exhibition is frequently supplemented by special exhibitions. A visit to the Swiss-Italian border is a complete experience that will broaden your horizons.