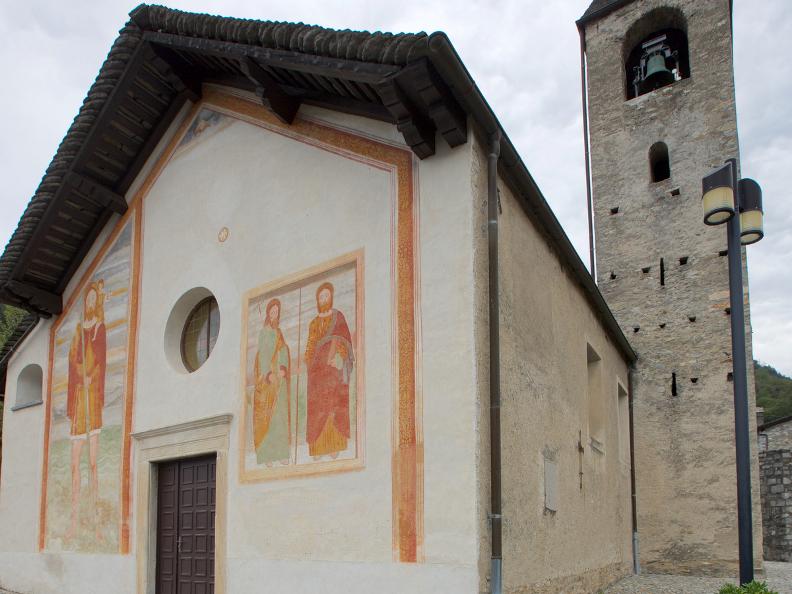 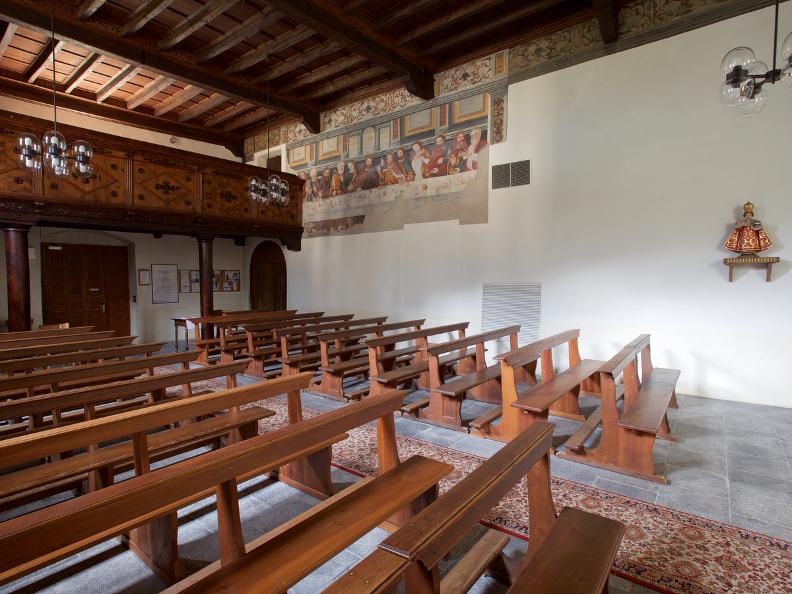 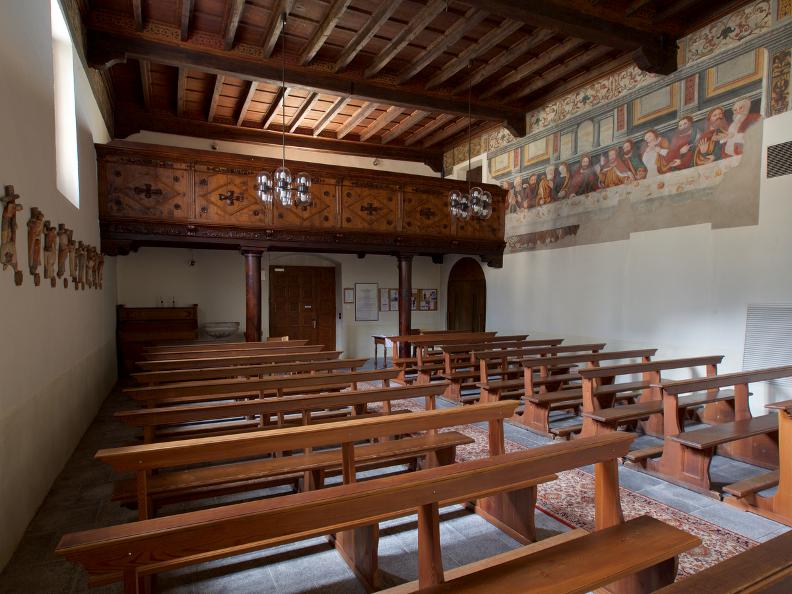 The parish church stands on the hill above the town. It is a single-aisle construction with a small quadrangular choir and a stout bell tower on the southern side. It was built in the 16th century and incorporates parts of the walls from an earlier church. It was reworked in the 19th and 20th centuries and restored in the 1970s and again in 2002/2003 (frescoes). The main façade preserves wall paintings from 1557 depicting a huge St Christopher together with St Philip and St James. The aisle has a wooden ceiling above a frieze painted with Renaissance scrolls. The choir gallery is supported by wooden columns. The left wall features a large fragmented fresco of the Last Supper, dating to the second half of the 16th century. The groin-vaulted choir houses an 18th-century wooden crucifix and modern church furnishings. The aisle contains 18th-century painted and gilded wooden statues of the Christ Child holding the Earth and Our Lady of the Rosary.