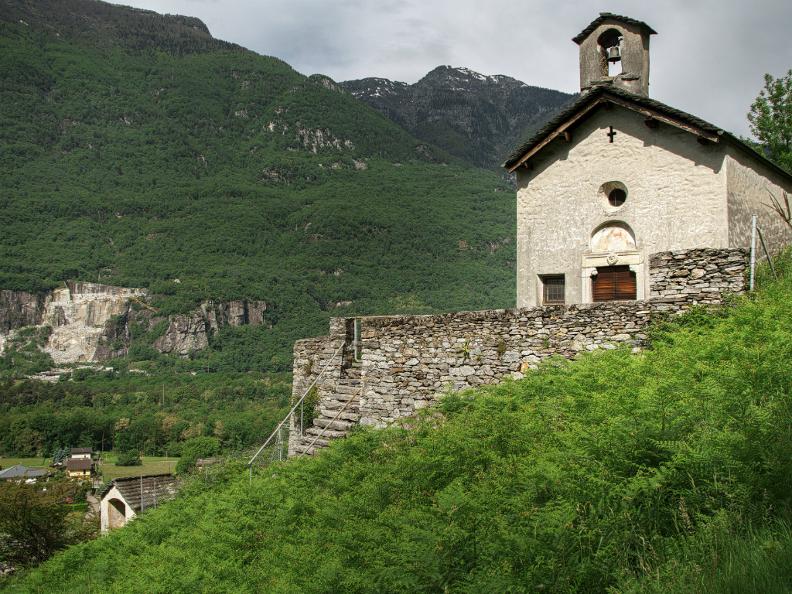 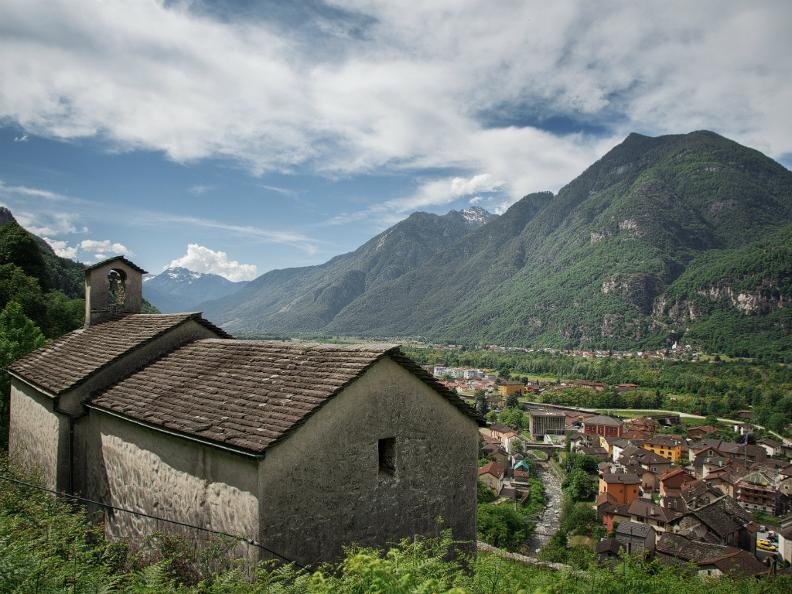 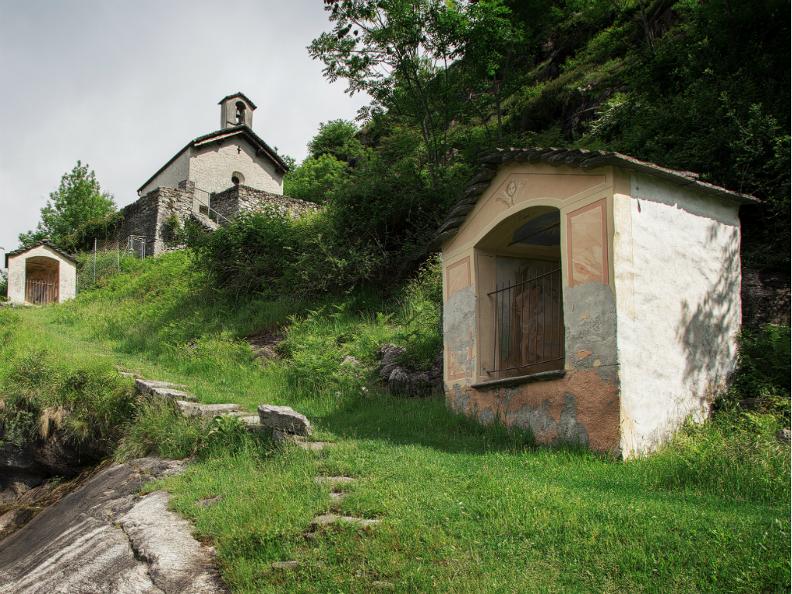 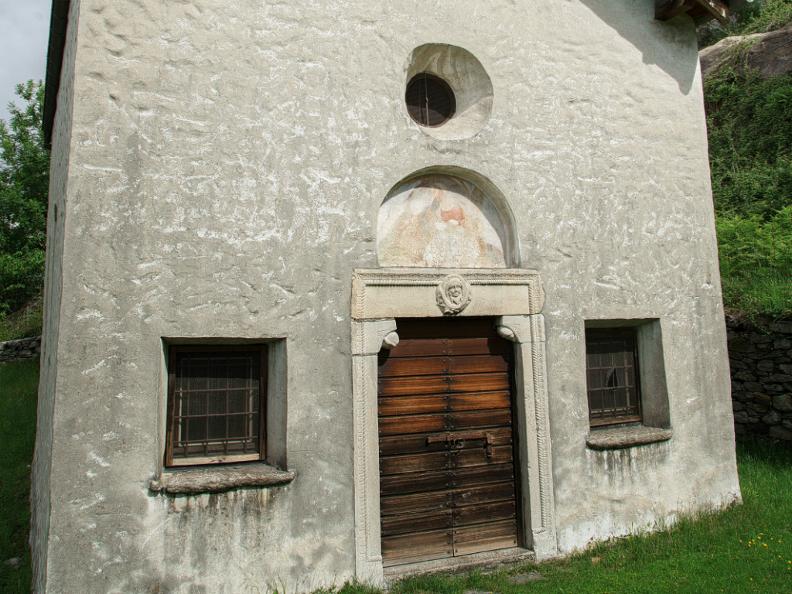 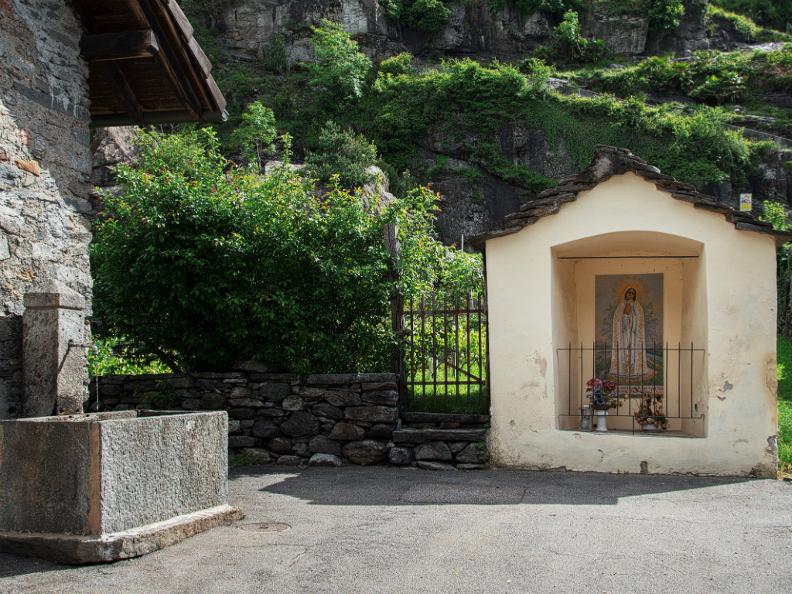 On the hill above the village of Osogna stands the chapel of Santa Maria, built on the ruins of an ancient medieval castle. The building, of fifteenth-century origin, has a rectangular plan with a choir. In the lunette of the portal, which has a decorated stone frame, there is a Madonna and Child with a landscape background dating back to the middle of the 16th century. On the north wall of the choir the fresco of the Madonna on the throne is from the second half of the fifteenth century. Inside, the nave has an open trussed ceiling, while the choir has a barrel vault.

On the left wall of the choir, a late Gothic fresco depicts Saints Roch and Sebastian. On the triumphal arch there is a Baroque group of the Annunciation (XVII); on the right wall of the nave there is a fresco of the Assumption from the same period. The altar with Swabian doors is of remarkable beauty and is the work of Ivo Strigel da Memmingen (1494); in the central compartment the statues depict the Madonna and Saints George and Mark; inside the doors are painted St. James and Volfango and outside St. Christopher and St. Anne Metterza.
The chapel was restored in 1972.

Closed all year round.