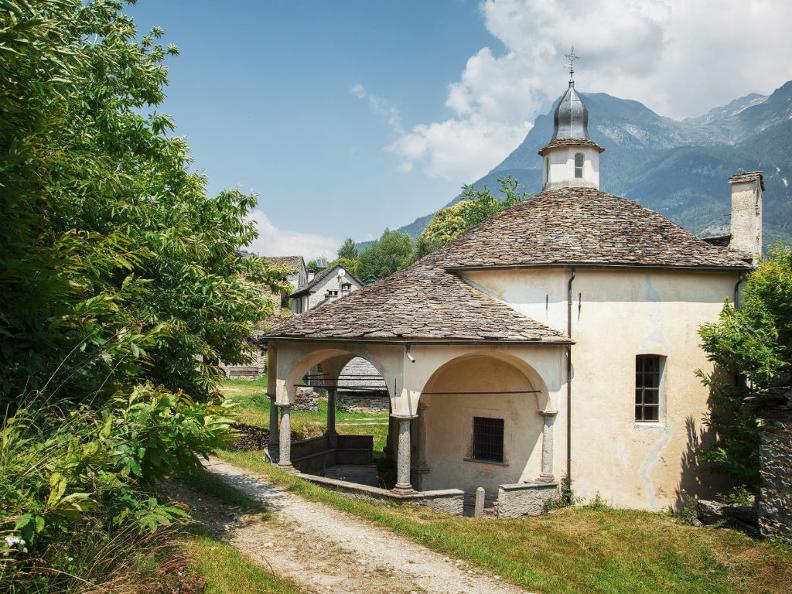 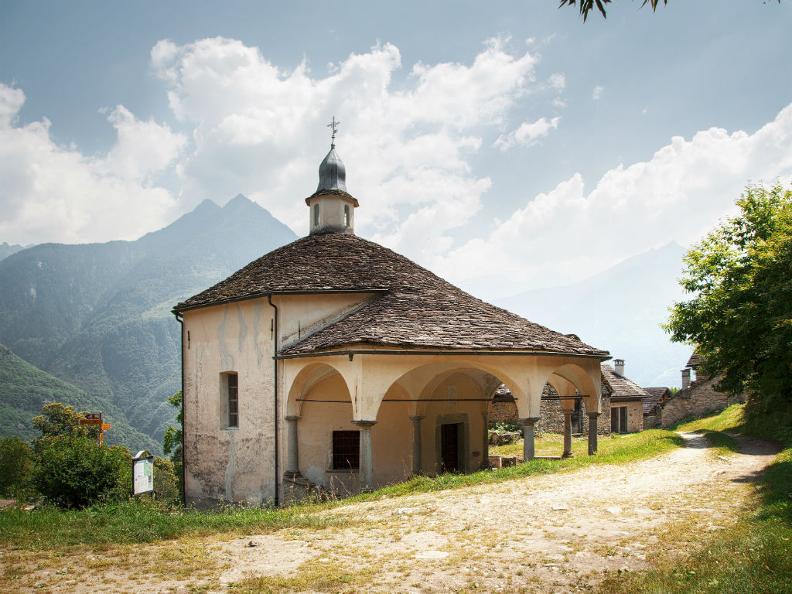 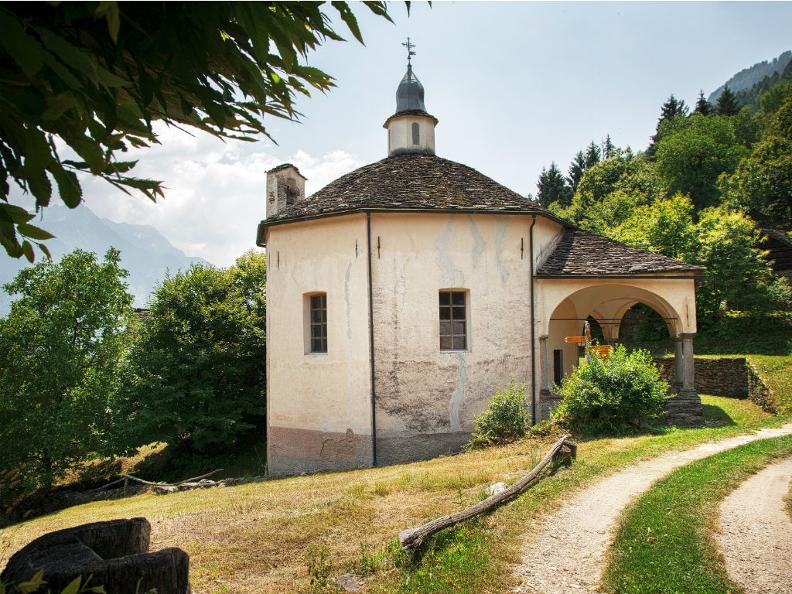 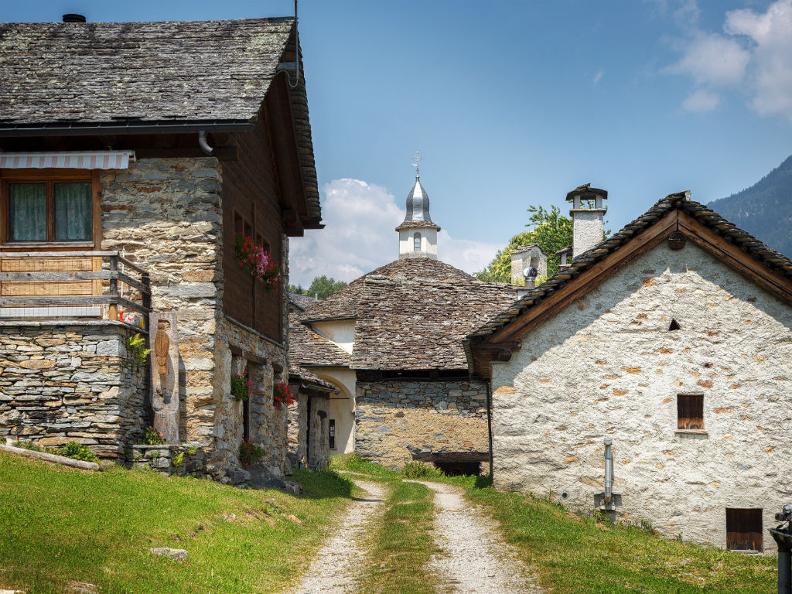 The oratory is located on Mount Navone, above the village of Semione. Built around an ancient votive chapel, the octagonal baroque construction was begun in 1667 on a project by Giovanni Sebastiano Robecco and completed in 1681.
The portico, designed by Ambrogio Remelino, was added in 1709.

The vault of the interior space is covered with frescoes by Giovanni Antonio Soliva and Giovanni Battista Soldati, dating from 1681-1683. The altar, which contains the sixteenth-century fresco of the original chapel, is decorated with stuccoes made between 1678 and 1683 by Domenico Rezia.