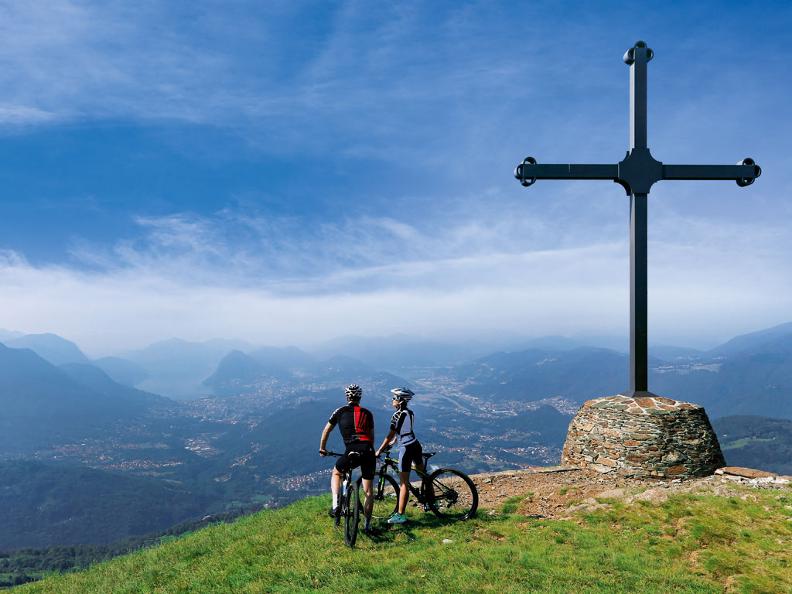 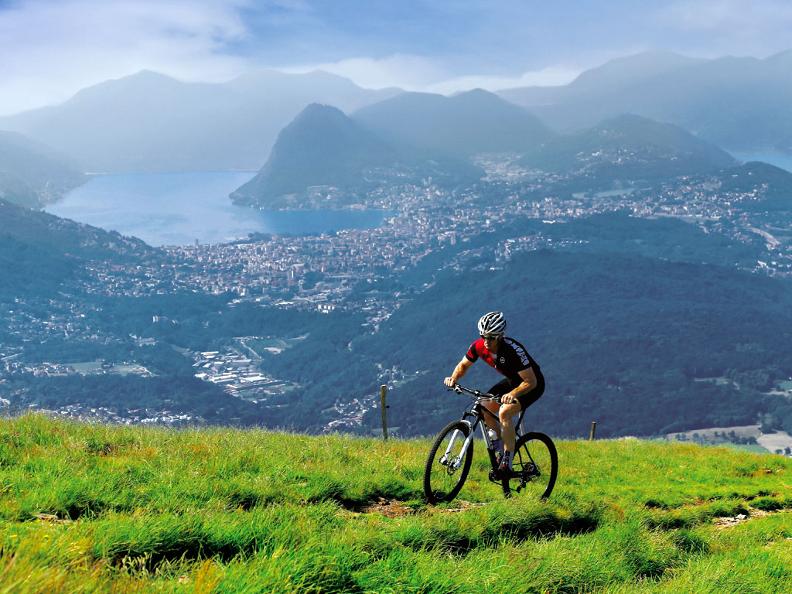 ​
One of the most attractive single trails in the Ticino winds its way as a high trail around the Val Colla above Lugano and leads through the hilly forests of Malcantone to the imposing Monte Tamaro. A fantastic tour with spectacular panoramic views.
The individual sections offer wide diversity. As an example, along the stretch between the Monte Bre and Rivero and in Malcantone. The entire tour is characterized by varied and interesting countryside with fairy-tale forests and lush Alpine meadows. The first part of the ridge between the Pairolo and Gola di Lago, a biking classic, is spectacularly scenic and lined with three cosy huts. In contrast however, the Malcantone lies on a valley slope at the foot of the mountain, with lush forests and picturesque villages bearing witness to past activities and monuments of historical and artistic importance.