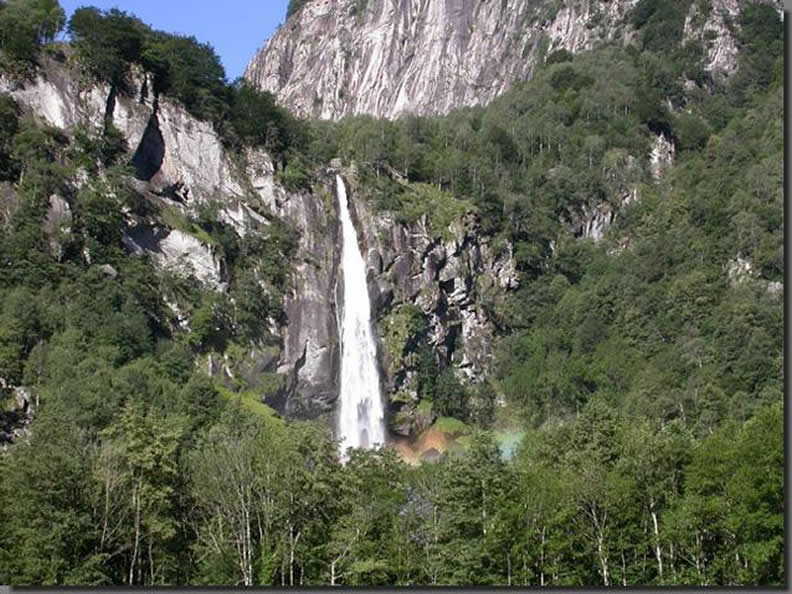 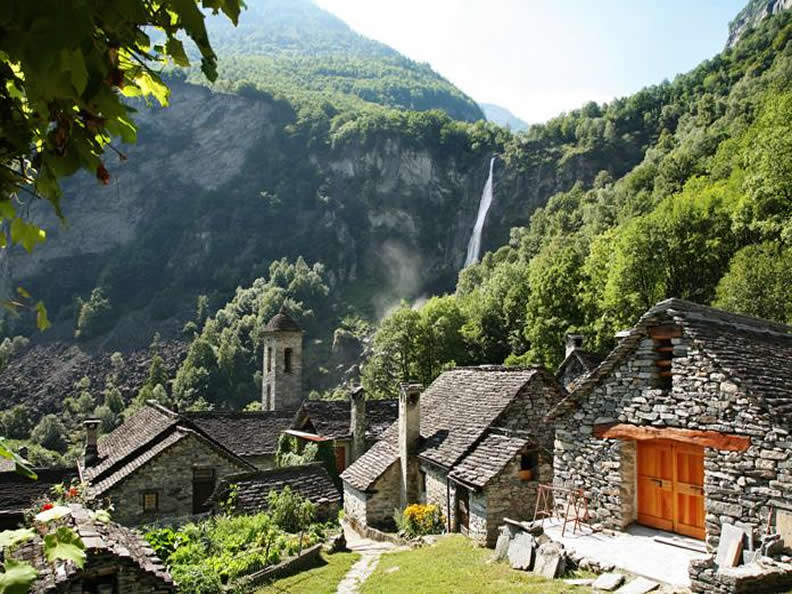 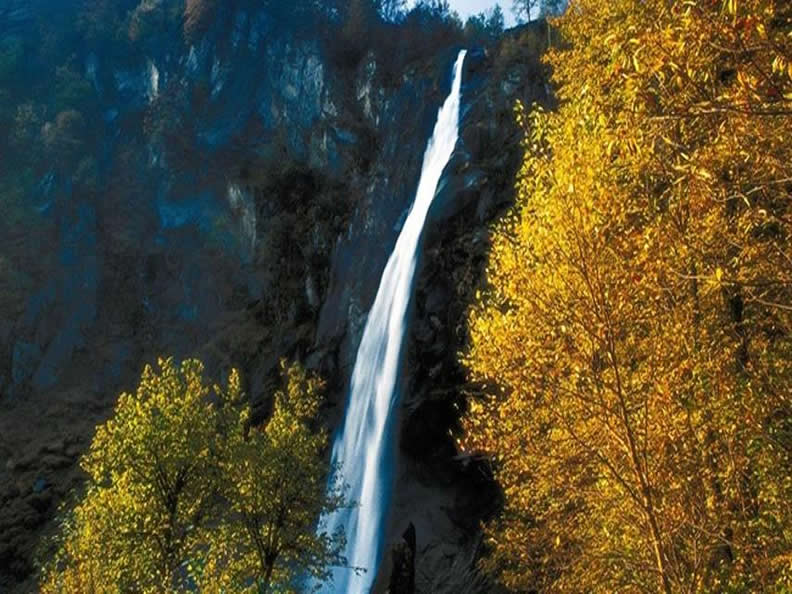 In the Bavona Valley, where a large amount of energy is produced (three power plants; three reservoir lakes), there is no electric current, with the exception of San Carlo. Therefore, solar cells, gas, small water turbines, candles, petroleum, etc., have to be used instead.

A spectacular sight is the Foroglio Waterfall rushing down a 110 meter high rock into the Val Calnegia, which can be reached from Foroglio. An information trail on the theme of "Taking the cows up the mountain in the Bavona valley" begins in the villages of Cavergno and Bignasco and takes walkers in a number of stages along the floor of the valley to the Terra di Foroglio, to Pontido and through the Calneggia valley to alpine meadows at heights of over two thousand metres.

Like in other alpine valleys, the history of the Bavona valley has been greatly shaped by the seasonal movements of its population. In the Bavona valley you can still clearly see the effects of this custom, along with the traces left by man.