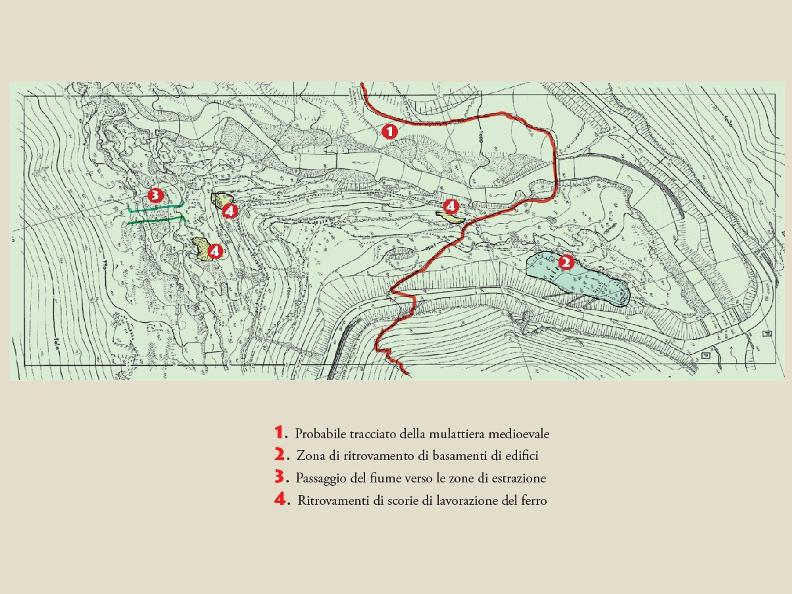 The Corte del Forno is the place where the Muggiasca family firm based in Como and Bellinzona worked the iron ore extracted from the mines and open pits during the 15th century. A number of buildings (charcoal stores and staff buildings) were situated on this plateau, crossed by the ancient San Jorio mule track, while the blast furnace and tilt hammer must have been near the river. The site suffered extensive damage in early December 1478 at the hands of Swiss troops (who had laid siege to the Sforza town of Bellinzona) and was then abandoned permanently.