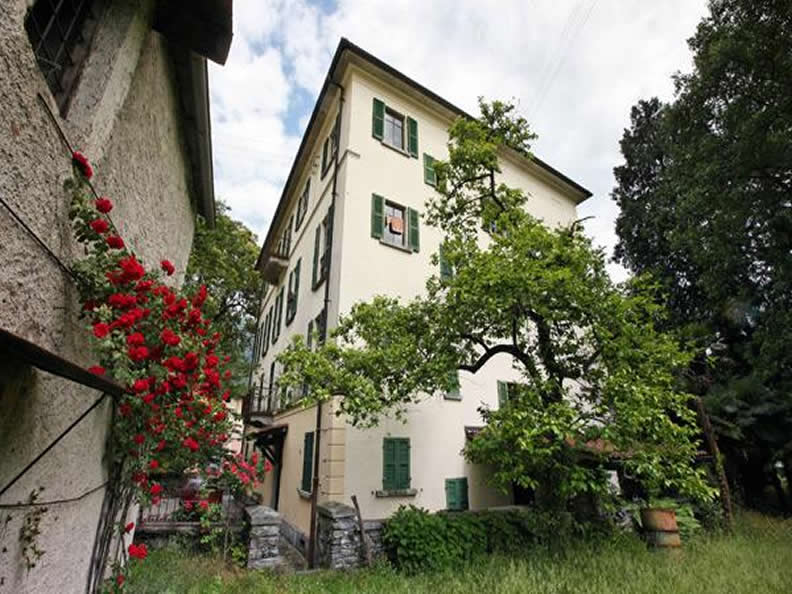 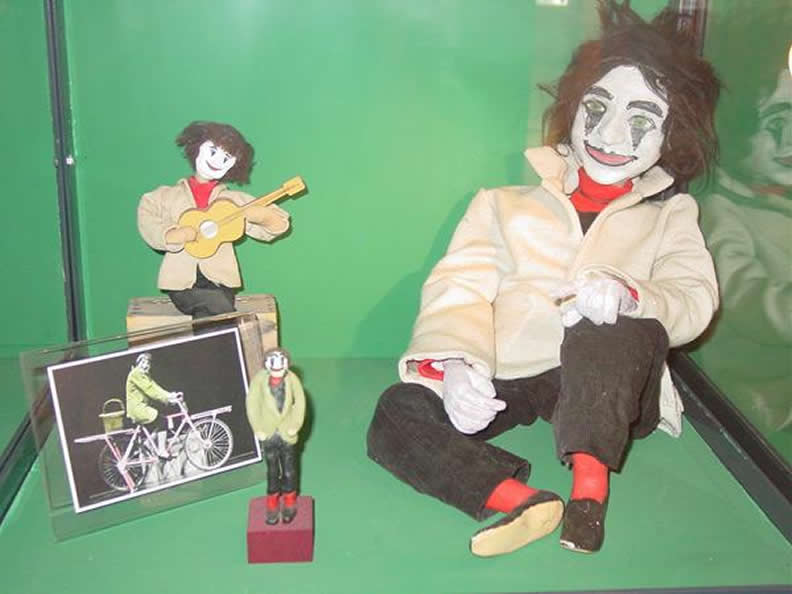 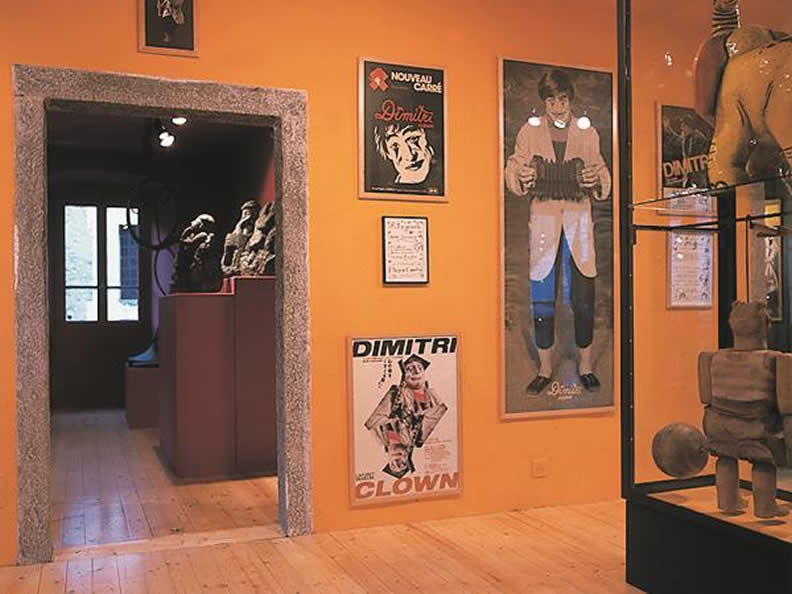 The Comedy Museum, created in 2000 by Dimitri, and set up by Harald Szeemann, contains over 600 pieces from all over the world, collected by the famous clown during his long career. The collection focuses on the various aspects of comicality, and is presented on the first floor of the Dimitri Theatre in four rooms specially adapted by the architect, Christoph Zürcher. The figure of the elephant is the focus of the first room, where one can see examples of every size and form, a homage to the animal that has been Dimitri's luck-bringer since 1970 when he performed a number with an elephant during a long tour with the Circus Knie.
The second room is dedicated to musical instruments, and includes a stone sculpture of a group of musicians by Ettore Jelmorini, sculptor from Intragna.
The green room contains comic masks from all over the world, and also offers the possibility to watch performances of some of the greatest clowns and comics on a giant video screen. The classic clown is the center of the lilac room in an exhibit of clowns, puppet theatres and comic theatre companies of all shapes and sizes.

Casa and Parco del Clown:
The aim of the Clown House is to be a center for humor, a place where, even when it’s raining, one can laugh. But not only: it will be a place where children can watch burlesque theater, puppet shows, theater with figures, and dramatizations of fairy tales - where children can be actors, learn how to make masks, and have free rein with acrobatics and juggling. Meanwhile, their parents can study and immerse themselves in humor. And those who are waiting can enjoy the artistic peacefulness while drinking a glass of hand-made ice tea in the Ristorante Teatro Dimitri.