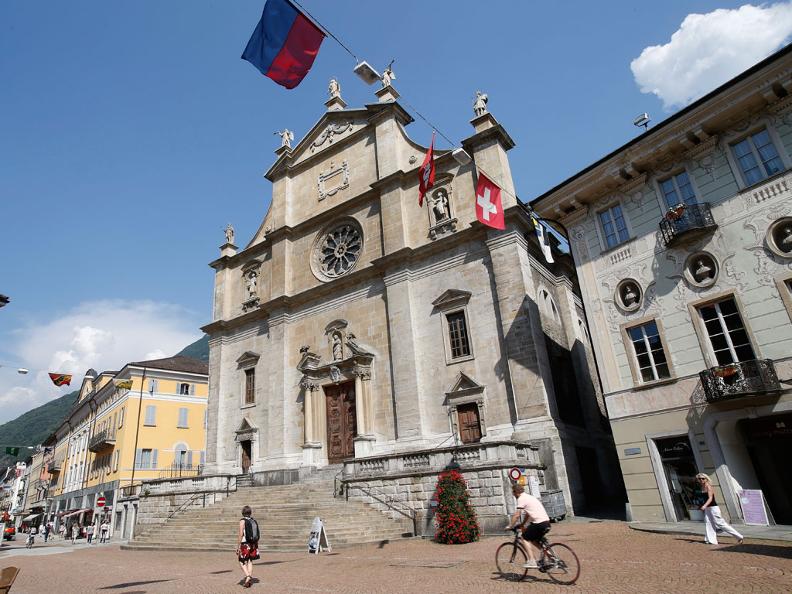 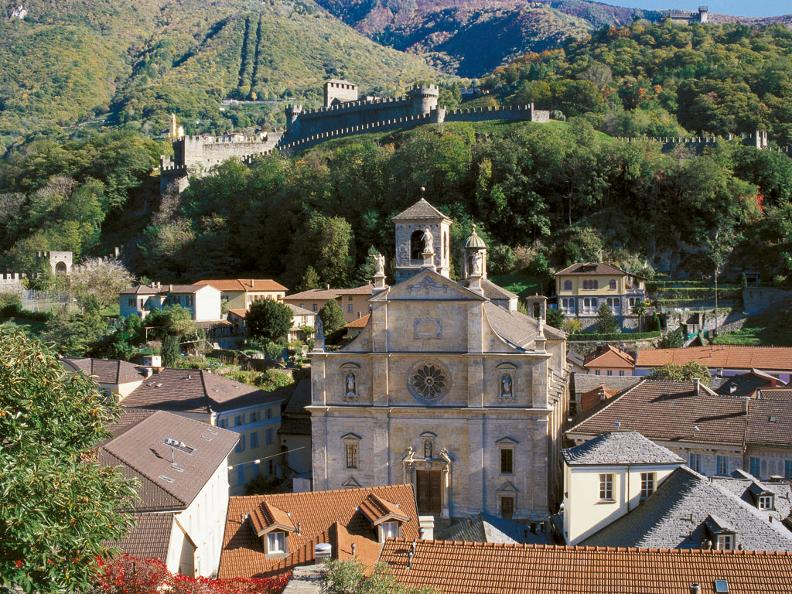 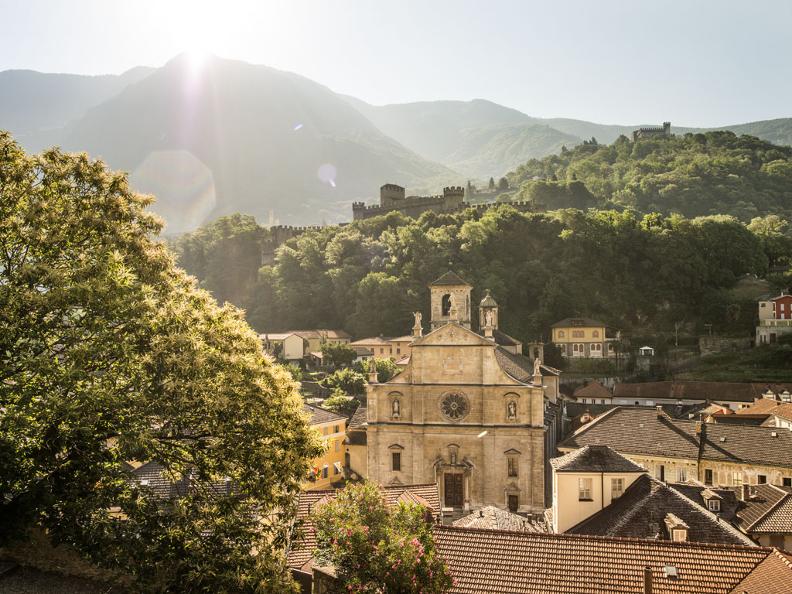 This Renaissance church is the work of Master Tomaso Rodari of Maroggia, the sculptor who also designed Como Cathedral. The white stone for the façade came from quarries in Castione; the portal is surmounted by the town's crest and is flanked by two smaller doors in 15th century style. The beautiful twelve-segment rose window above the portal dates from between the end of the 16th and the beginning of the 17th century and measures five metres in diameter. The interior of the church (16th and 17th century) is richly decorated with 17th century stucco embellishments and has a single nave. The two rows of side chapels are hung with oil painting from various periods but5 mainly from the 17th century. These paintings are the work of illustrious artists such as Pier Francesco Mazzuchelli, Camillo Procaccini and Bartolomeo Roverio, known as "Il Genovesino". The fresco called "Angeli musicanti" (Angels musicians) was painted by Giuseppe Felice Orelli from Locarno in about 1770. The beautiful "Crucifixion", which is used as an altarpiece, is ascribed to Simone Peterzano. Other interesting features are the pulpit in "scagliola" (a painted plaster imitation of marble) which dates from 1784 and the holy water stoup which is also known as the "Fontana Trivulziana" after Gian Giacomo Trivulzio, a nobleman from Mesocco who owned it in the 15th century. The oratorio of S. Marta (St. Marha's Oratory), which was built on to the north wall, dates back to the 17th century, underwent alterations in the 18th century and was restored between 1967 and 1968. The interior consists of a rectangular room the walls of which are decorated with frescoes by artists from Varese. At the centre of the frescoes, which also adorn the ceiling, is a scene portraying the "Triumph of St. Martha", to whom the oratory is dedicated. A wooden statue of the Saint also graces the marble altar which was consecrated in 1763.