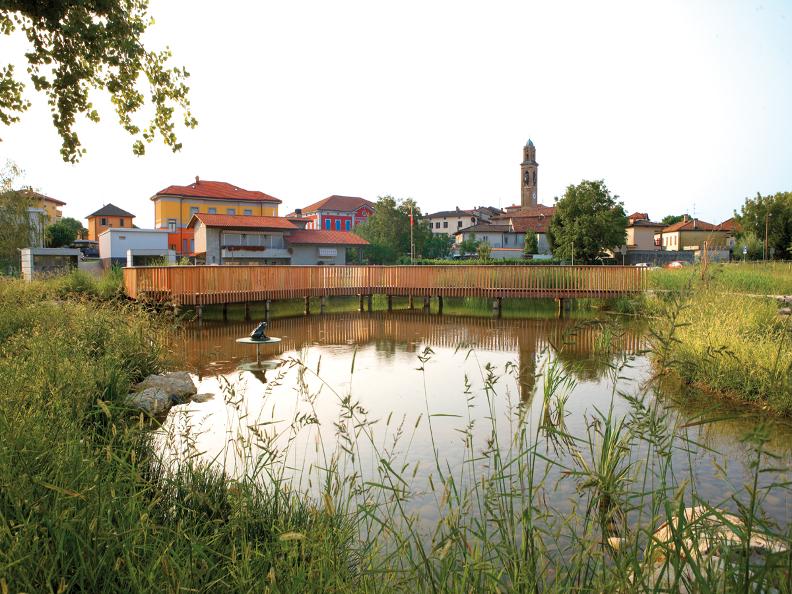 The earliest settlements in the territory of the modern town of Coldrerio date back to the Neolithic Age and are the oldest testimony to human presence in the Mendrisiotto area: the archaeological finds around Paü which were unearthed after the First World War. The region was later conquered by the Romans, whose abundant presence in the district is documented by the archaeological excavations conducted over the last two centuries. Evidence of the Roman presence in the Mendrisiotto area is provided by the Roman arena dedicated to Mercury sculpted by Gneo Capellino of Sora and currently on display inside Stabio City Hall but which may have been unearthed in the Mercole area of Coldrerio (the name of the hamlet is derived from the presence of a sanctuary dedicated to the god of trade and traders).

An official document from around 852 provides the earliest mention of the name of the town (“Caledrano”) which was to become an important regional center due to its strategic position along the road that linked Como with Riva San Vitale via Borgo Mendrisio. According to church records, the parish of Coldrerio – like nearly all the district’s parishes – was established after the Council of Trent in 1593 with the separation of the common church of Balerna and the designation of the building consecrated to San Giorgio as parish church.

In the 19th century, the village, which in previous centuries had been home to renowned artists and the masters Mola, Beccaria, Pozzi, and Vergo, was struck by recurrent epidemics of cholera, the last occurring in 1867, which in 1836 led to the erection of a new oratory dedicated to San Rocco, the patron saint of victims of epidemics. At the end of the 19th century and during the First World War, peat was extracted from the area around Paü and used as fuel in place of coal. After abandoning agriculture in the 20th century, Coldrerio became a largely residential town.