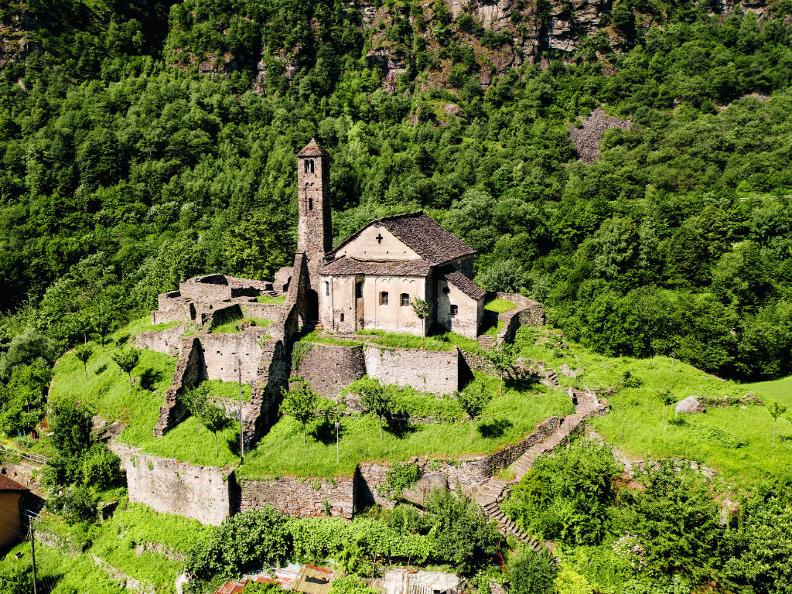 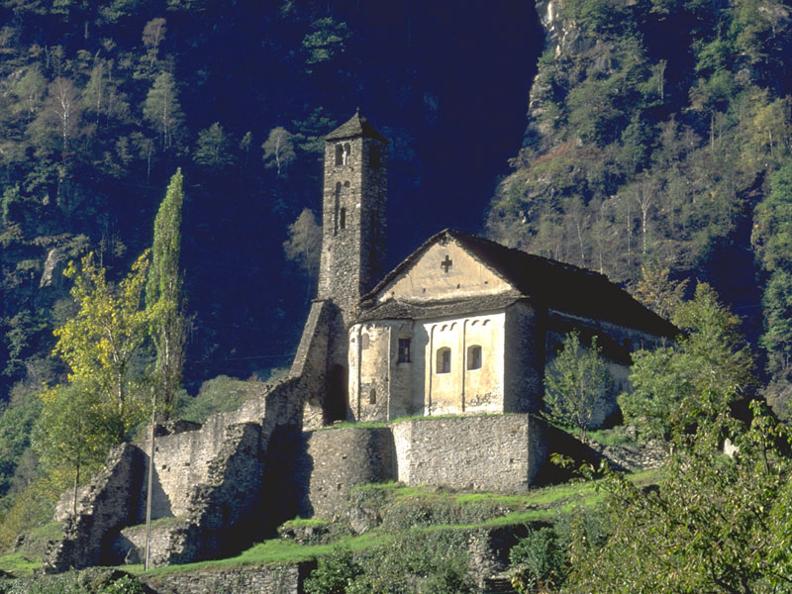 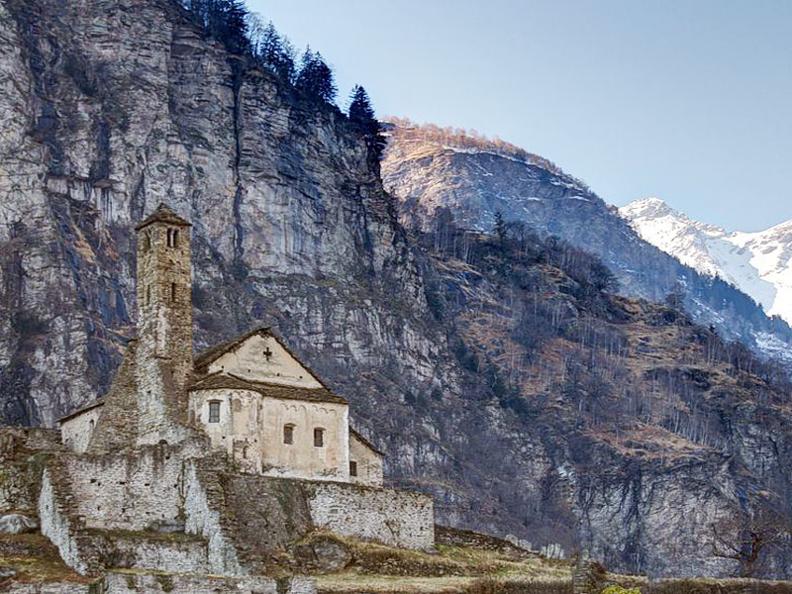 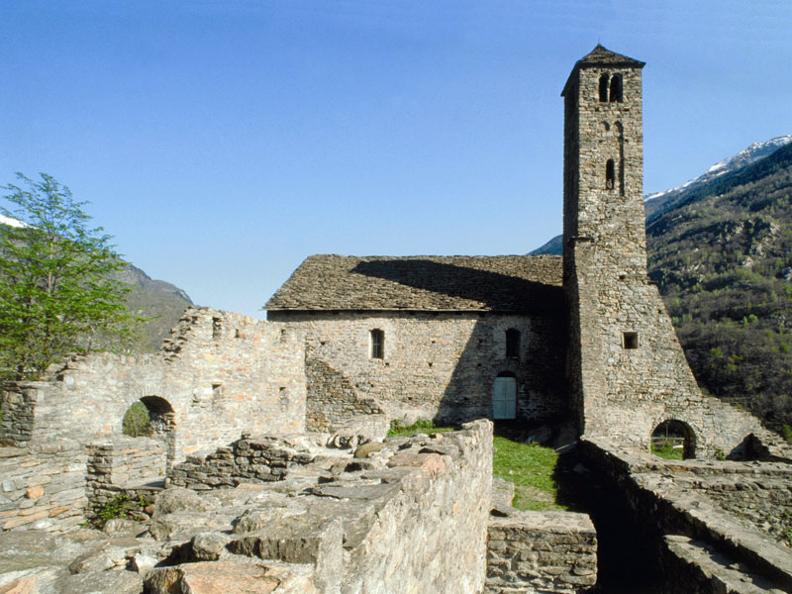 Situated on an enchanting hillock in an elevated position, it probably belonged, as its name attests, to a castle destroyed in 1518 by the Uranians.

It is a suggestive building with two parallel naves, built at two different times. The primitive chapel, perhaps a noble one, survived the demolition of the castle, with a round apse and a single two-storey nave (the lower one probably a crypt).
The layout of the present church does not correspond to the primitive one but is the result of an addition to the north of another nave completed with a quadrangular choir from the early fifteenth century.

The two choirs are separated by wrought iron gratings from the 17th century.

While the right choir has walls frescoed with modern paintings, the frescoes of the left choir date back to the first half of the 15th century. On the vault the Christ with the symbols of the Evangelists, in the background, in the lunette, St. George killing the dragon, St. Bernard and St. Blaise, on the left wall St. Sebastian with an inscription in gothic characters dated 1448.

Except for the two figures of St. Bernard and St. Blaise which are later, all the other frescoes certainly belong to a Seregnese. The figures, however, as the critics observe, with faces with a single and immutable physiognomy, in rigid frontal positions and with naive and childish features, do not make us think of that Nicolao da Seregno who frescoed the church of S. Nicolao, also in Giornico, but of one of his predecessors.

In the apse there are frescos of particular stylistic interest, while a posthumous altarpiece hides a Crucifixion. The Saviour on the throne dominates, in a polychrome almond, with a blessing right hand, while the left holds the book of life: Ego sum lux mundi.

Around the ceiling, completely rebuilt in coffered wood in 1575 as attested by the inscription above the left choir arch, runs a frame decorated with black and white chess and naturalistic motifs, an expression of Lombard art.

The slender bell tower, in Romanesque style and with a quadrangular plan, leaning against the round apse by means of two round arches, is situated in a dominant position.