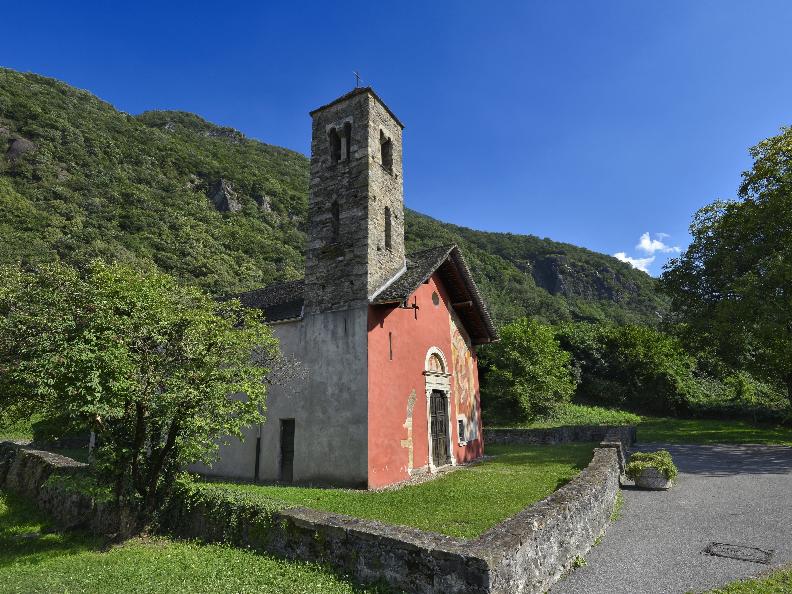 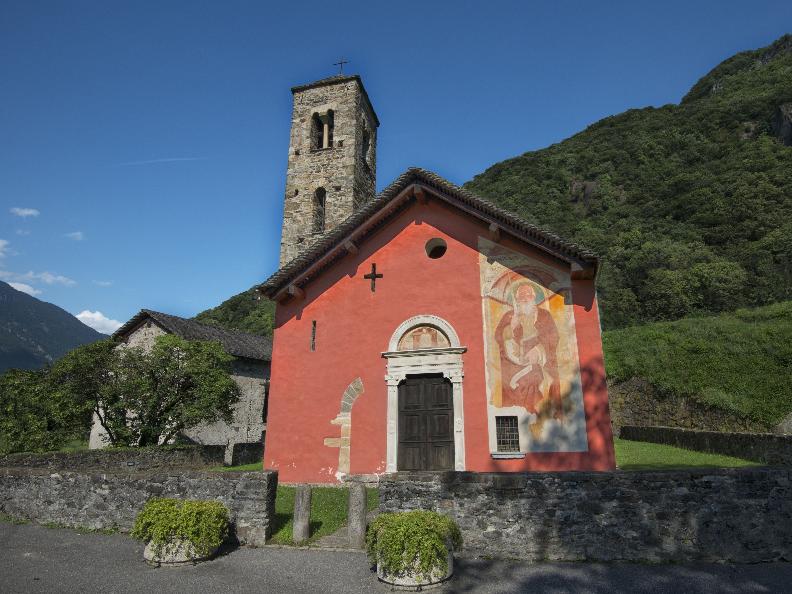 Behind the railway stations, in the suburb of Arbedo, stands the historic church of St. Paul also known as the Red Church for the color of its walls.

Tradition has it that it was built as a chapel commemorating the battle in which Count Carmagnola defeated the Confederates (1422). Built after the battle of Arbedo on an oratory of the thirteenth century, of which it retains the west portal with a small arched window in the shape of a cross and the Romanesque bell tower, was later expanded.

On the façade, the fresco of St. Paul is attributed to Antonio da Tradate (15th century), while the Passion of Christ, in the lunette of the portal, is by an unknown artist.

Inside there is a beautiful wooden ceiling from 1540, frescoes on the right wall attributed to Nicolao da Seregno, on the left to Giangiacomo Gorla and others.
On the side altars there are seventeenth-century statues and stuccoes.