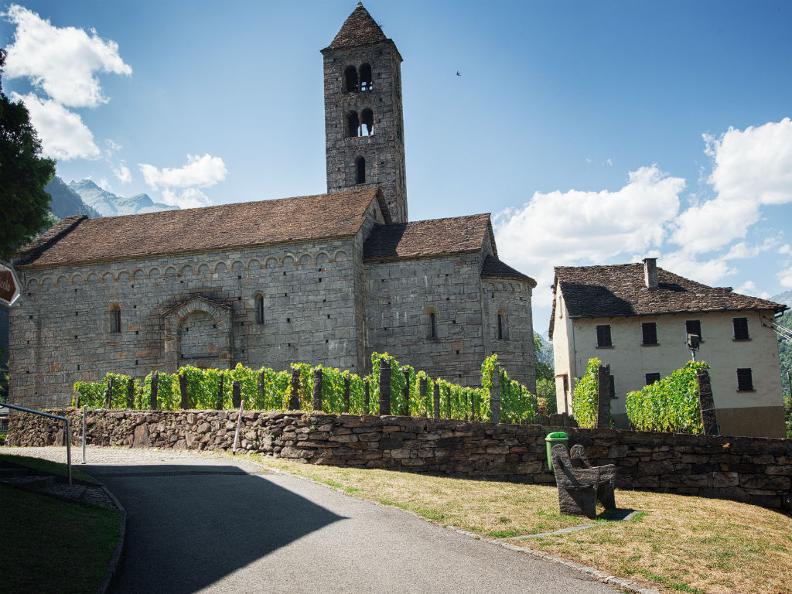 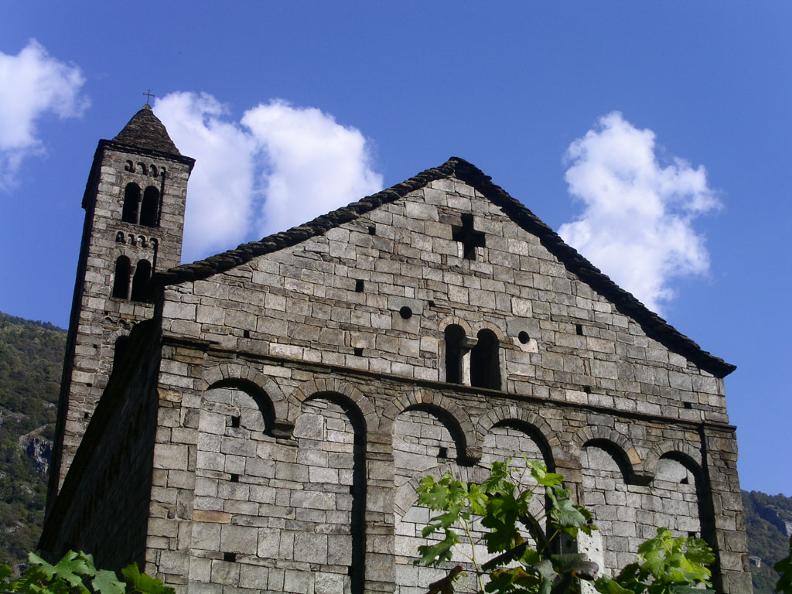 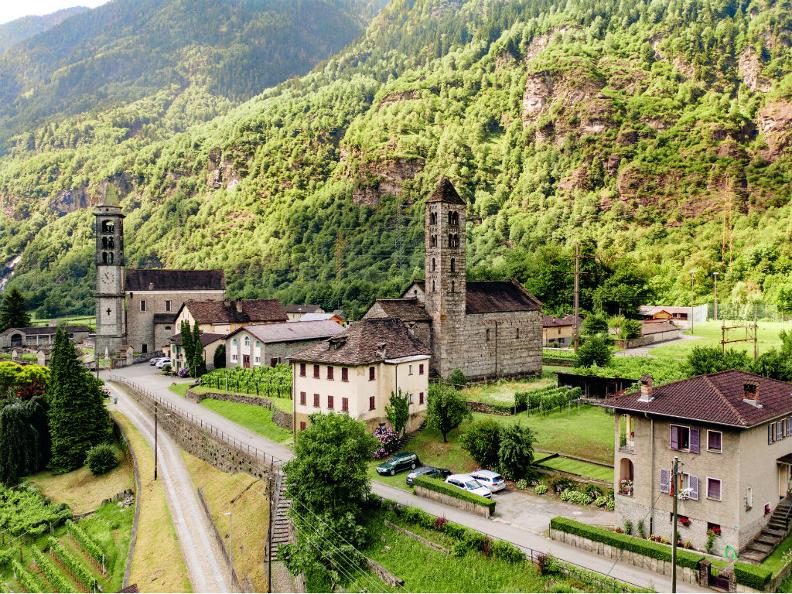 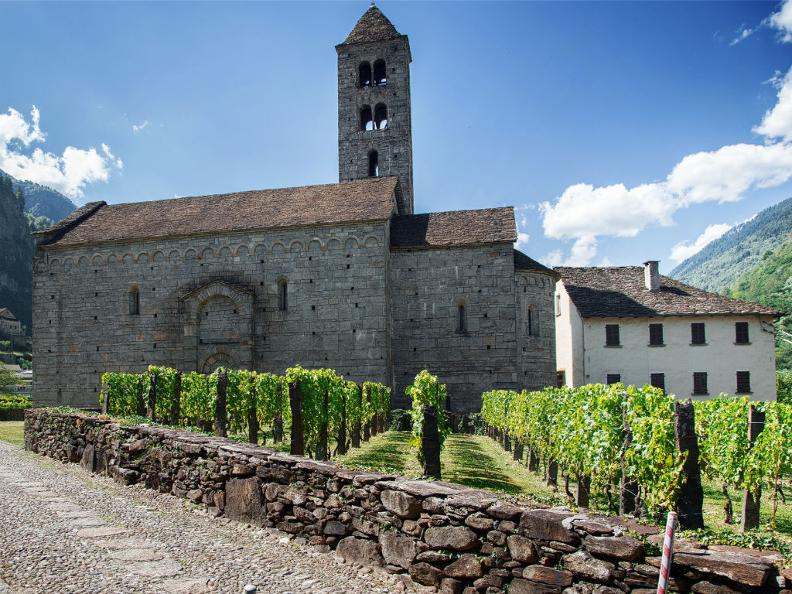 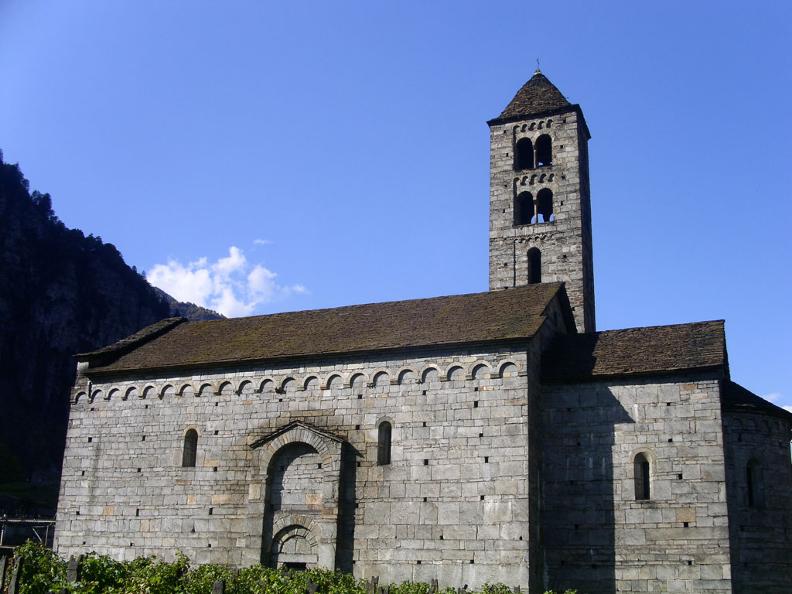 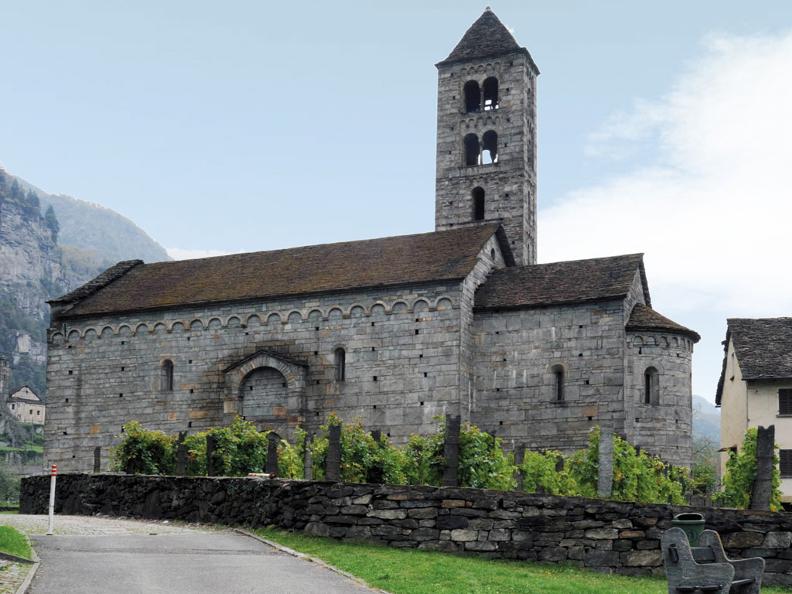 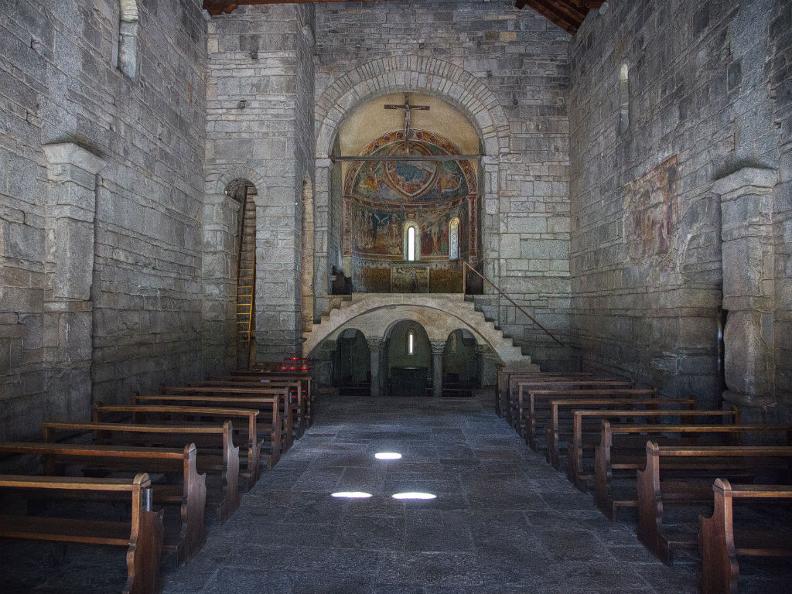 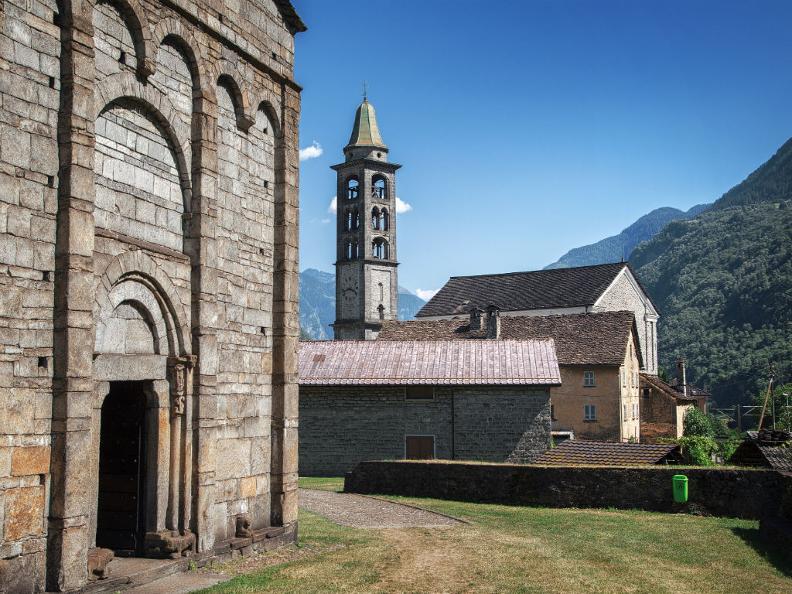 The church of San Nicolao, declared a National Monument, is one of the most important examples of Romanesque architecture in Canton Ticino, remarkable for the purity of its lines.
Built in the 12th century, attested in 1202 by a parchment from the parish archives of Chironico, it is the oldest of the Romanesque churches in Leventina. Dedicated to St. Nicholas of Bari, but commonly known as St. Nicholas, it was part of a Benedictine monastery suppressed in the fifteenth century.

The rectangular building, facing east, with a square choir, a semicircular apse and a bell tower crowned by a pavilion roof, is characterised by a sober and rigorous architecture with a deep apse and a considerably raised choir which is accessed by two flights of stairs.
Below it is the crypt with a nave and two aisles with eight columns with sculpted capitals and variously decorated with fantastic animals, plant and geometric motifs, testifying to the interesting Christian symbology.

On the north wall of the nave there are traces of a Romanesque fresco depicting the Last Supper; on the right wall there are fragments of a Saint Christopher and two Saints, probably from the 12th century.
The presbytery is decorated with a series of frescoes signed and dated, under the southern window, by Nicolao da Seregno, who had created a very active workshop in the region in the 15th century.

In the west corner of the church, there is a hexagonal Romanesque baptismal font from the 11th century, from the parish church, which has bas-reliefs on four sides.

The building is covered with granite ashlars of various heights and was restored in 1945 by P. Mariotta. The façade is gabled, a mullioned window and a cruciform opening lighten the frontispiece that surpasses the line of the two-sloping roof: four pilasters with two full arches divide it into three parts. On either side of the main portal there are two seated lions.

Bianconi notes that the compositional beauty of the building is entrusted: "to the exact play of proportions, to the perfect consonance of the parts: just as the apse grafts with easy elegance onto the nave, so the bell tower detaches itself from the body of the church, the smooth walls of alternating high and low ashlars receive the few windows and are crowned by the continuous arching with noble simplicity and the whole building has an eurythmy, a harmonious value that surprises".