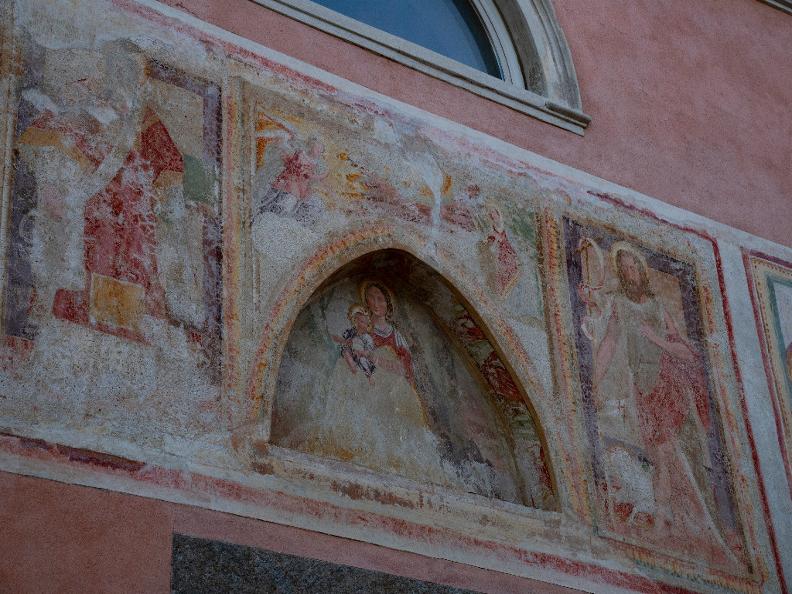 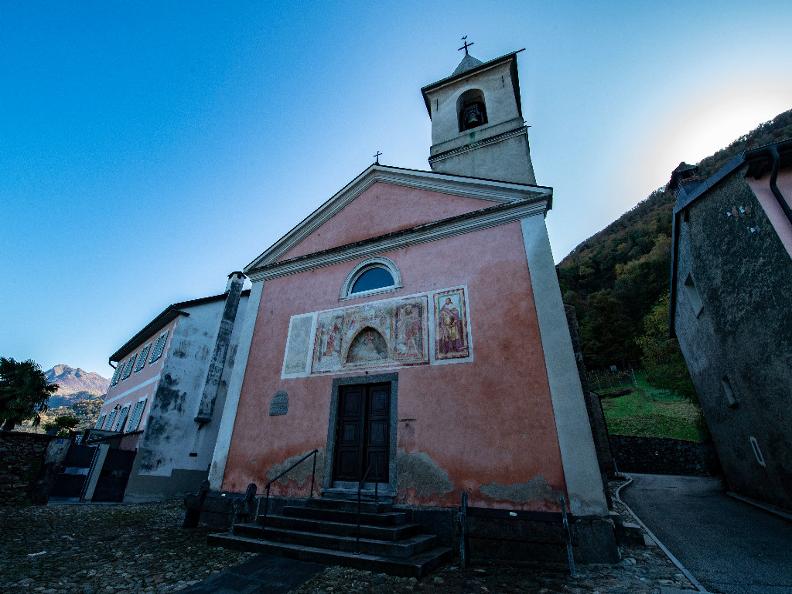 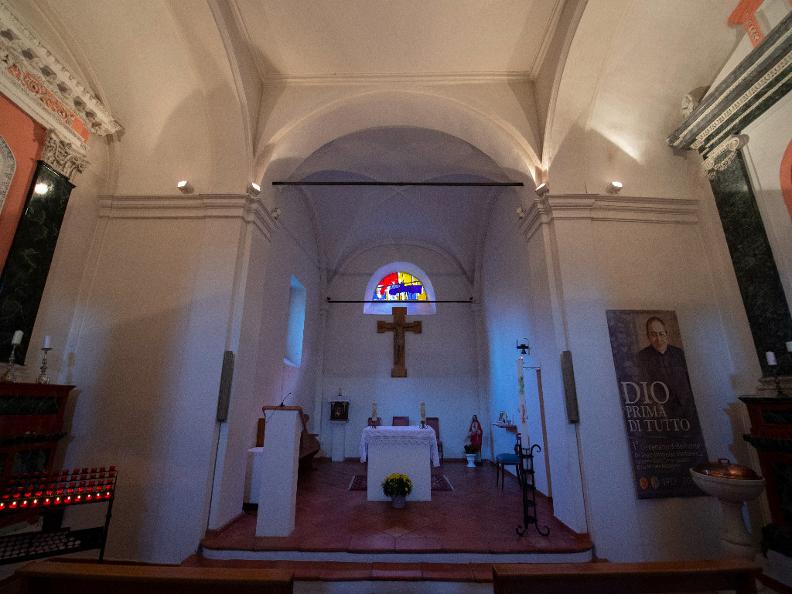 Before becoming known as Robasacco, this area was called San Leonardo, indicating that a religious building had been present here for many years. The first historical records of its existence date to the early thirteenth century. The building was reconstructed with the addition of a bell gable in the late sixteenth century, during the Counter-Reformation championed by St Charles Borromeo, who was bishop of Ticino and made various pastoral visits here. The church houses a fine wooden crucifix that is unusual in the fact that it features a bald Jesus Christ. The oil on canvas of the Madonna and Child, St John the Baptist and St Leonard is also worthy of note.